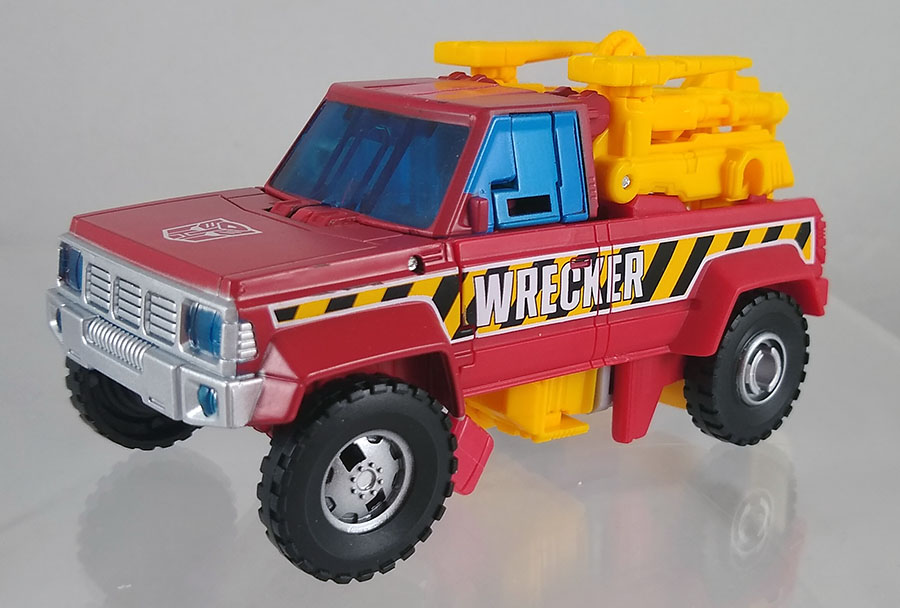 Lift-Ticket here is my first toy from this year's new Transformers: Legacy toyline!  Sure, he's a Generations Selects online exclusive dealio, is a redeco of an Earthrise toy, and isn't retail or anything, but he came in a cardboard Legacy box, so whatcha gonna do?

He was one of those toys where Hasbro gave him a mid-2022 release estimate, because of Covid, with a "uh sure then" shrug, but then he popped up into our mailboxes several months early.  Dang! 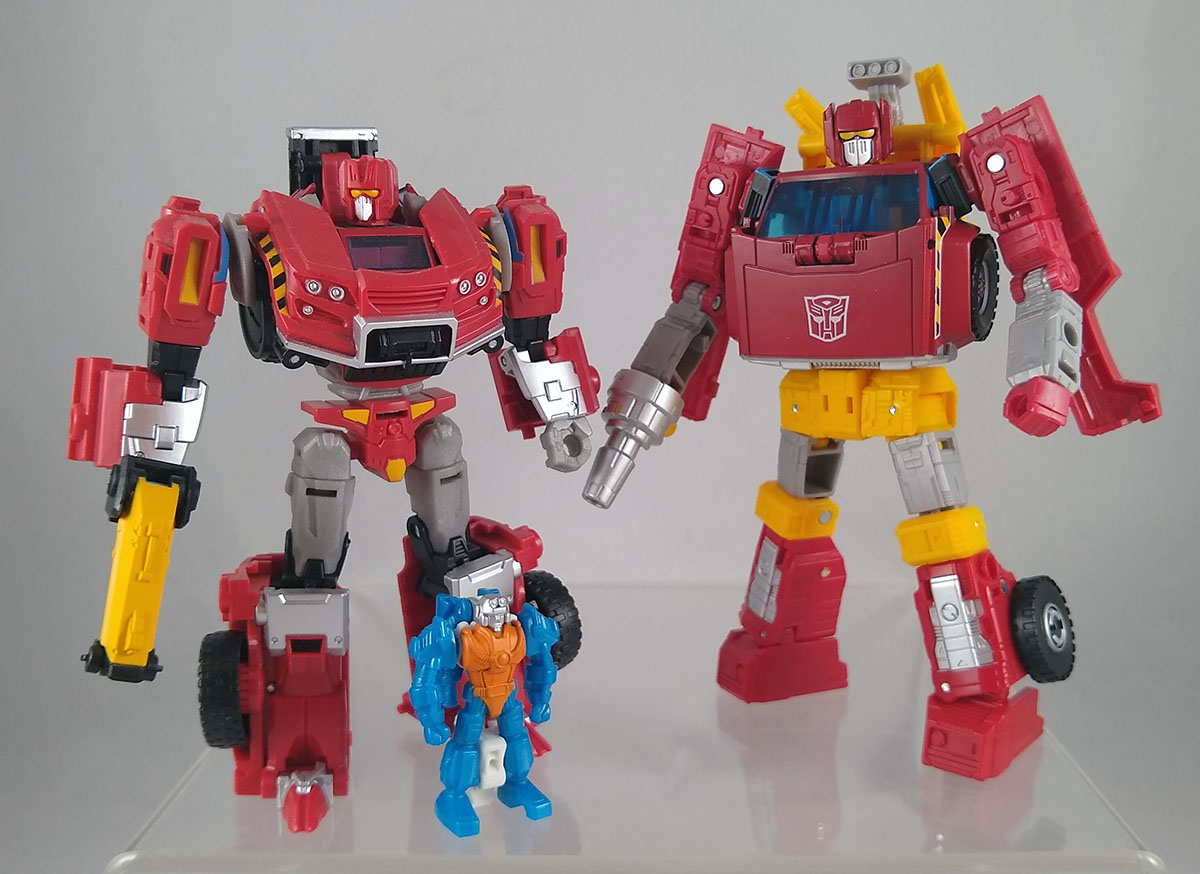 There were like sixteen different colors of Hoist/Trailbreaker in the pre-Transformers Japanese toyline Diaclone, and this red iteration of Hoist is one of them!  Borrowing from those unTransformered decoes to make new Transformers characters is a long tradition of the franchise, and Lift-Ticket is... sort of an example?  One of the last things Greg Sepelak and Trent Troop did for BotCon, Lift-Ticket (and Burn Out) were actually piloted Diaclone mechs from a Diaclone universe masquerading as Real Transformers in a Transformers universe.  You know how the Transformers Multiverse is.  Everybody visits and tries to fit in.  GoBots, everybody.  Anyway, Lift-Ticket isn't even alive.  Some little dude pilots him. 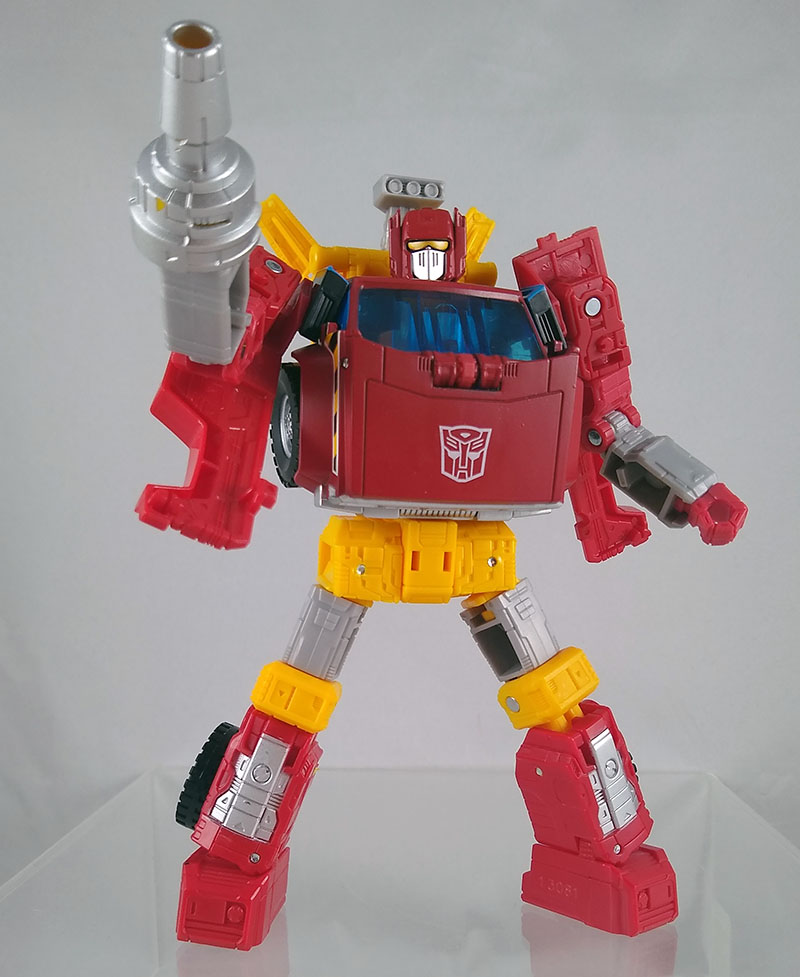 I'm glad Greg and Trent gave him a real Transformers name (which is a G.I.Joe name), because I'm pretty sure the current Transformers team would've released this guy as just "Red Hoist" or whatever.

Lift-Ticket has a very vibrant ketchup-and-mustard color scheme, and he arrived in my house the same day I found Kingdom Blaster at a store, so it was a very red/yellow/gray robot day that day.  Those two dudes punched my rods and cones in the exact same way.  Hello, we get it, you're both a McDonald's.