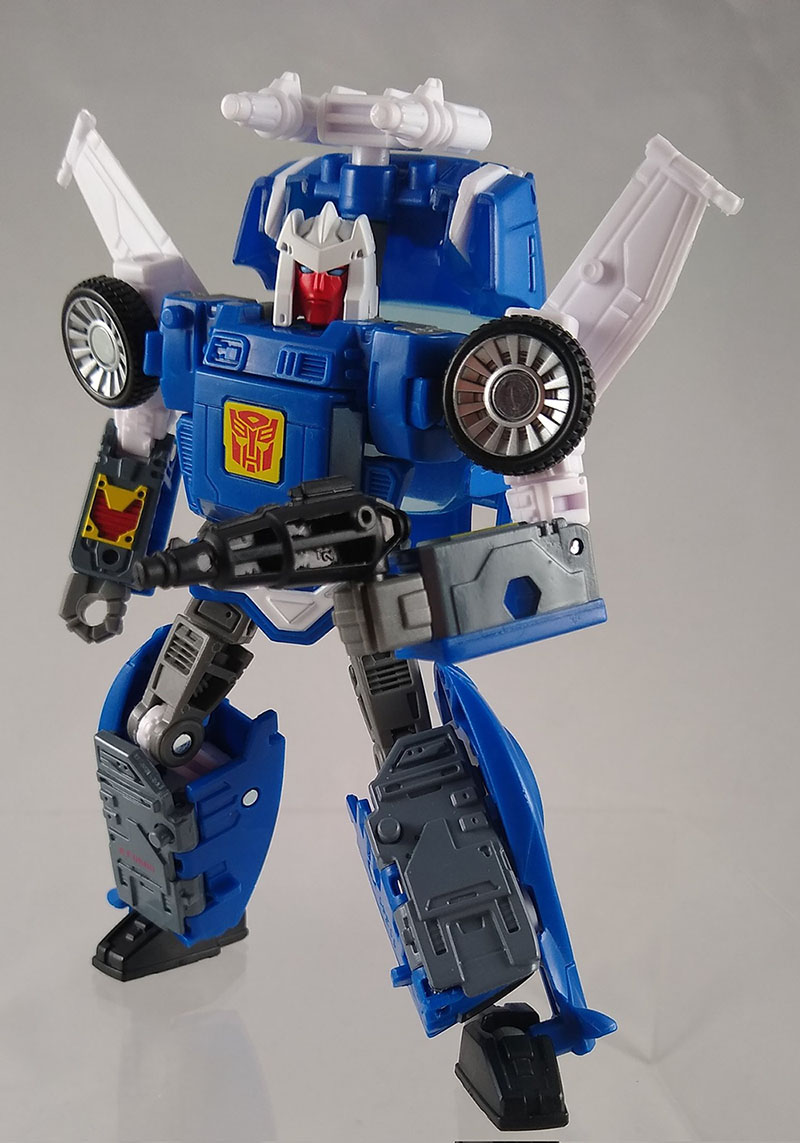 In the margins of Transformers: War for Cybertron Trilogy: Kingdom's spread of Beast Wars guys, Hasbro's trying to round out the 1985 guys the previous two parts of the Trilogy left behind.  That's right, we're finally getting to Tracks.  I mean, we're not gonna get to Skids this trilogy apparently, even though we've done like 4 Sideswipes, but we'll get a Tracks!

Kingdom Tracks feels a lot like Kingdom Rhinox to me.  This Tracks is fussy and you worry you might break it, and its transformation doesn't feel as streamlined or as enjoyable as most of WFC has been so far.  WFC seems like it had things down to a science, transformation-wise, and Tracks feels like he's off the field somewhere.  Hasbro was having a bad day when they designed both Rhinox and Tracks.

Tracks' legs are a mess of thin panels that... don't really lock well together?  There's some shallow tabs that connect the outside of the shins and the feet with the rest of the shins, and, well, it's not enough.  And maybe I'm doing some thing wrong, but I feel like I have to push parts through other parts to get them into place. 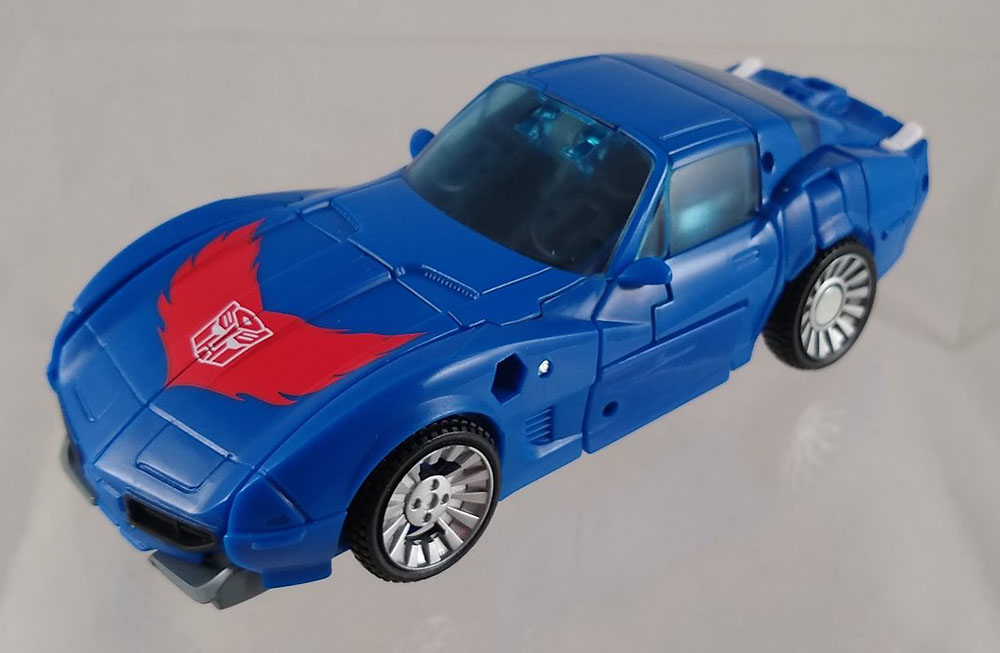 And most of Tracks' vehicle mode roof is a pair of thin translucent plastic parts that pile up on his back, which normally I wouldn't mind, but what bothers me about them is trying to push them into place in car mode.  It's not very elegant, and I feel like I just gotta push too hard to get tabs locked in.  I don't wanna end up with broken tabs.

He also feels a little loose, which might just be my copy, and I brushed some floor polish on him anyway to mostly solve this. 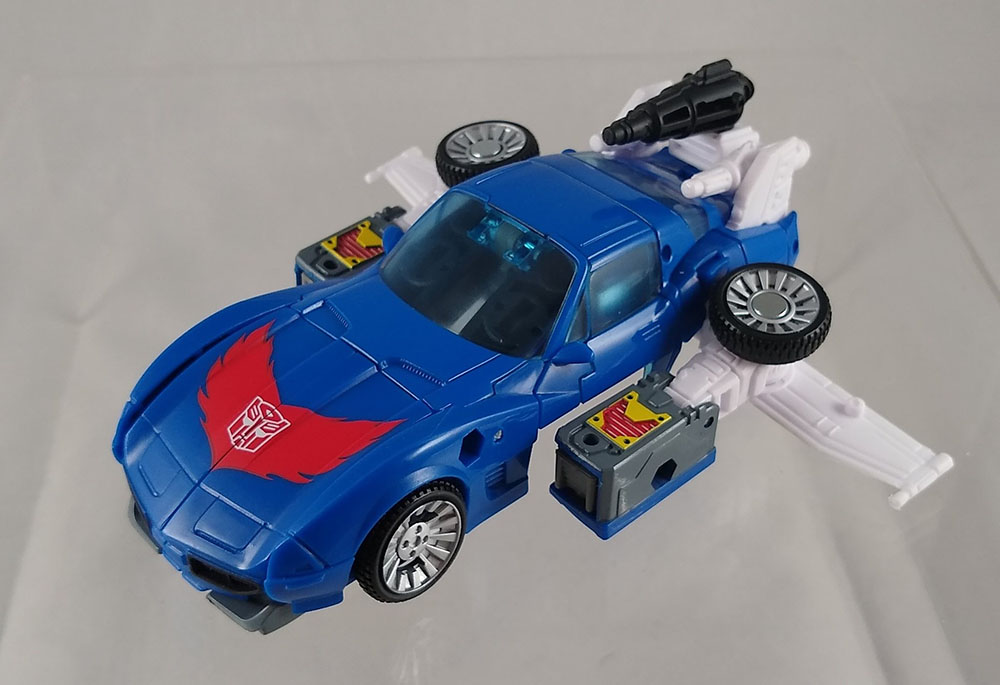 Tracks is NOT like Rhinox in that he looks exactly like Tracks!  He's not based on some weird video game version of Tracks with ears or something.  And there's no ugly gaping transformation hinges on the front of his legs.  He OPERATES like Rhinox, but he doesn't belong to Rhinox's weird visuals department.  And so at least this Tracks looks like he works next to your other WFC toys.

Tracks, because he's Tracks, has a third flying car mode.  You untransform his arms and flip the wings out.  There's also tailfins to pull out, but they also want you to stack his guns back there between them, and his guns are as tall as his tailfins, so I'm not sure how useful or purposeful those tailfins are.

Anyway, Kingdom Tracks is good if you want something that looks like cartoon Tracks on your shelf.  He's not a great Transformer.