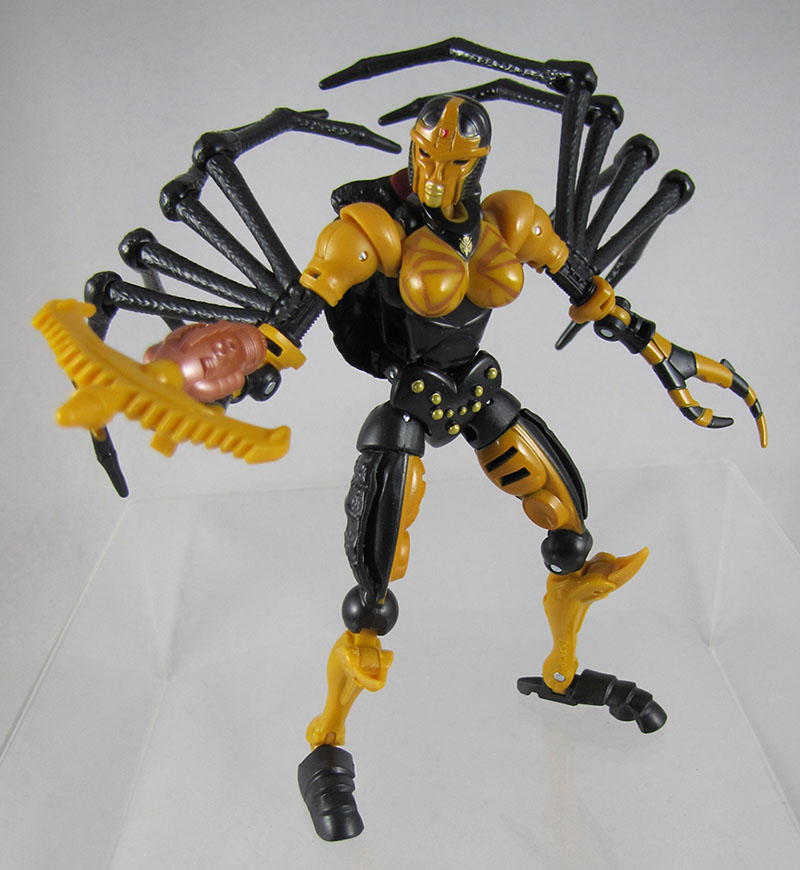 Hey, did Masterpiece Blackarachnia pass you by cuz it was like 100 bucks?  Did you wish you could get essentially the same toy for $20?  WELL HEY.

'Cuz Kingdom Blackarachnia is a $20 version of the Masterpiece.  That's such an apt description of it that honestly the rest of this review is just noise.  It's the Masterpiece, but a little smaller, with fewer pieces, and with less paint.  It's not got quite the articulation of the Masterpiece, as it's without a lot of the joints in the arms and torso -- it's also one of the very few War for Cybertron Trilogy toys that doesn't have waist rotation -- but again, it's the $20 version.  It transforms the same.  Pieces go the same place.  It looks like it's borrowing from the same CAD files. 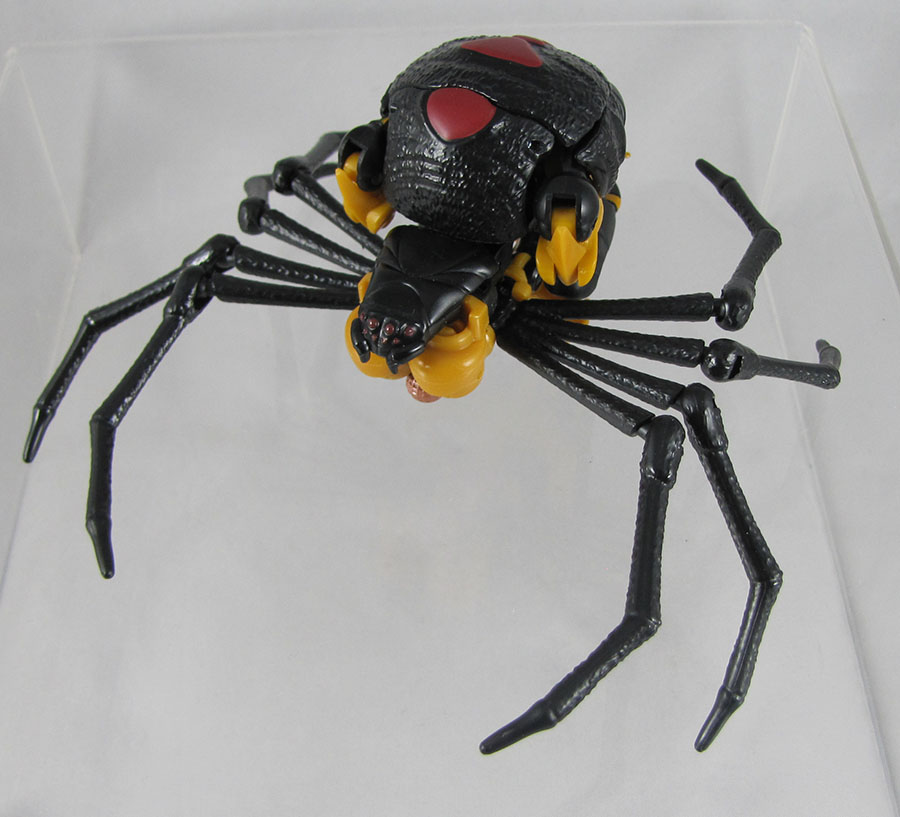 Kingdom Blackarachnia's a smaller and much less expensive toy, so it does lose a few more things besides articulation.  On the Masterpiece, the torso flipped around so that one side was robot tummy and the other side was spider thorax, but Kingdom Blackarachnia's robot torso is just spider thorax.   Her robot head's a tiny bit smaller, proportionally, probably because there's less room to stash it.

But it does do one thing nicer than the more expensive one -- besides, you know, the simplified transformation making it a more fun toy to convert.  Beast Wars characters in Kingdom try to have more realistic animal sculpts, and sometimes those are allowed to supercede the importance of robot mode accuracy.  And so Blackarachnia has textured spider abdomen on her thighs.  They much better integrate into beast mode this way, rather than having a big ol' spider abdomen cap flanked by two... thighs. 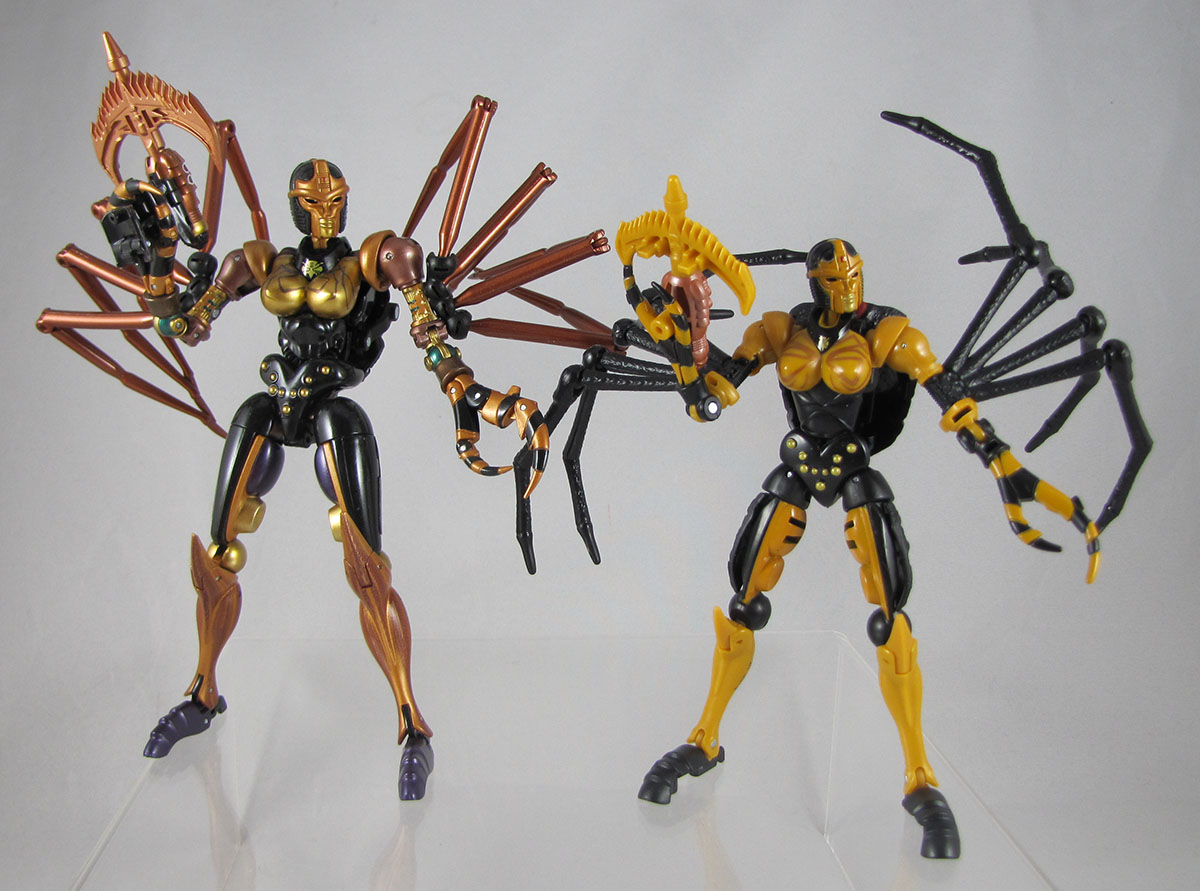 It also helps the beast mode that there's not the hourglass deco right there on top.  On real black widows, that's underneath!  But it's on top in the cartoon, so it was on top in the Masterpiece.  But Kingdom doesn't aim for complete show accuracy as a rule, and so you get the proper more-realistic abdomen markings.

Anyway, I recommend the toy.  It's Blackarachnia!  And it's, like, the Masterpiece but for way cheaper.