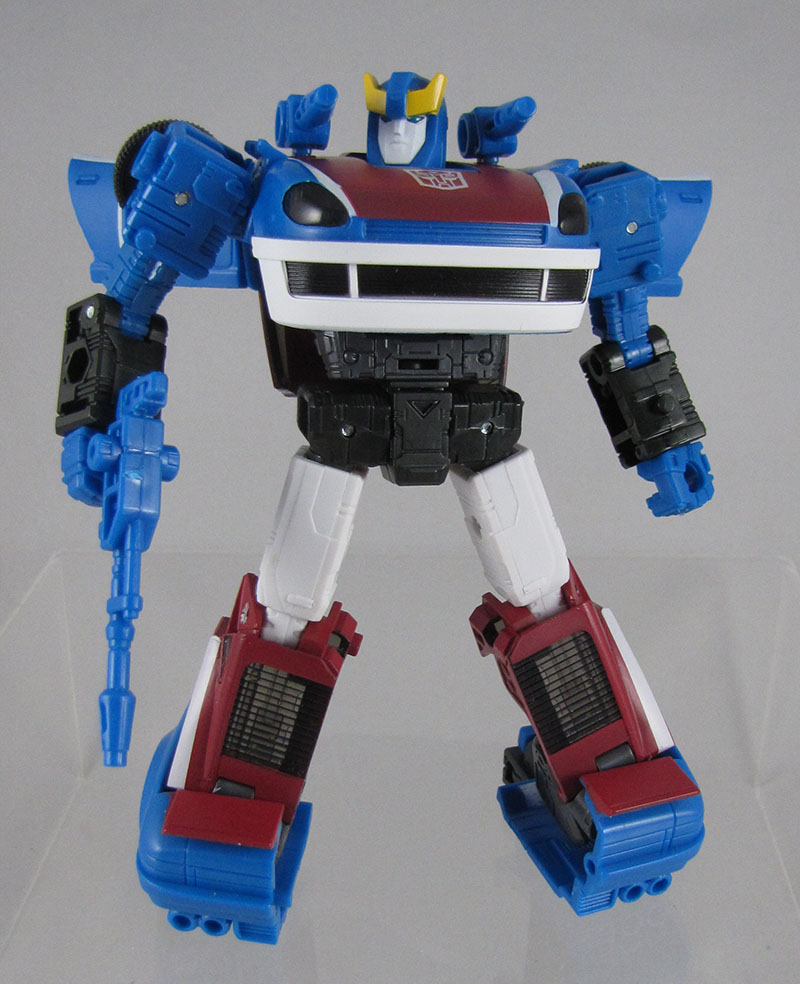 Remember how I told you I broke my Earthrise Bluestreak?  Well, his fellow Datsun bro Smokescreen came and his rifle popped in half right out of the plastic tray!  WHY CAN I NOT HAVE AN UNBROKEN EARTHRISE DATSUN BRO.

Anyway, it's a few weeks later, and I have a replacement.  I used scissors to remove the plastic tray from around the rifle this time instead of just squeezing it out -- I mean, I'm 99% sure it was just a problem with my individual rifle specimen that first time and not an actual persistent problem, but I WAS BEIN' FRIGGIN' SURE THIS TIME.  It is NOT fun to have something break before you even have the guy out of the goddamned box!

Earthrise Smokescreen is unsurprisingly like Bluestreak!  Who knew?  He's got two important retoolings -- one, he's got his Face In A Box, as seen in the cartoon/comic.  Secondly, and more unusually, he's got his front fender retooled to be taller.  Because the original Smokescreen toy was a rally deco race car, and so it doesn't have to worry about being street legal.  Usually when Smokescreen gets toys they leave the car itself alone, and just let him be a regular ol' Datsun build like Bluestreak and Prowl.  No, this time Smokescreen also gets his dadbod.

More niche but important to me is Earthrise Smokescreen gets white thighs!  It's been............. forever since he's gotten white thighs.  Like, since the original toy (and the Masterpiece).  Siege gave him black thighs, Combiner Wars gave him blue thighs, Universe '08 gave him silver...  And, like, I dunno, for some reason those white thighs are important to me.  Back when Universe '08 Smokescreen and Prowl came out, PROWL had the white thighs, and so I swapped them.  Back then stuff was easier to swap.  More screws, fewer pins.  (Doublechecking photos, their hips were balljointed, and the knees were pinned, but there was a second joint just below the knee that was screwed, so I musta swapped both the thigh and that sub-knee section.) 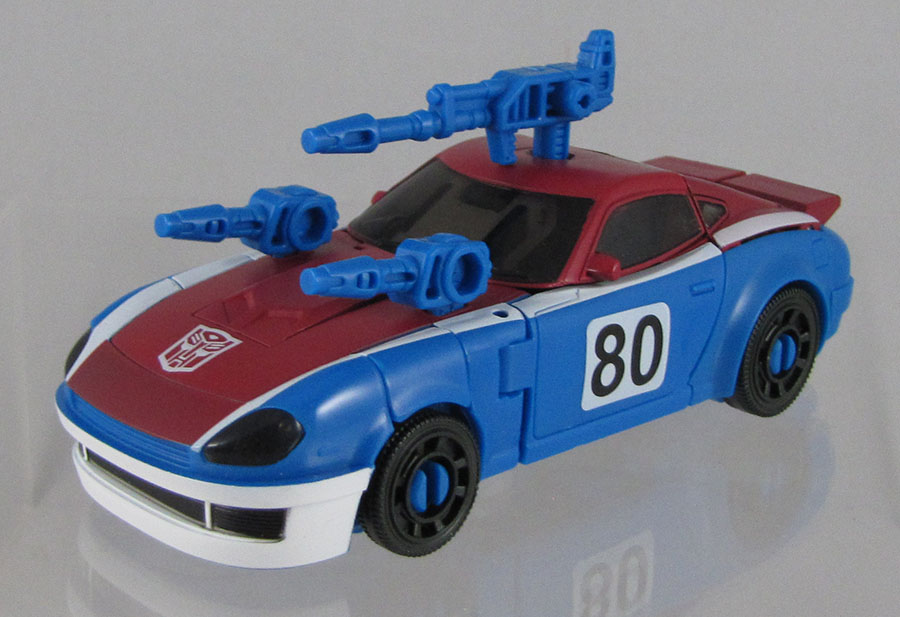 Meanwhile, Prowl should have silver thighs.  But they were white on the cartoon and Hasbro's never gonna waist paint or a separate plastic sprue on silver thighs anyway, so fuck me forever, I guess.  I'll probably be taking a Sharpie to the Earthrise one when it comes out in a few weeks.

Dunno why I'm so hung up on the thighs.  Maybe it just helps achieve a certain important color balance.  Smokescreen with darker-colored thighs just makes him too dark all-over.  There's a value contrast equilibrium that must be maintained. 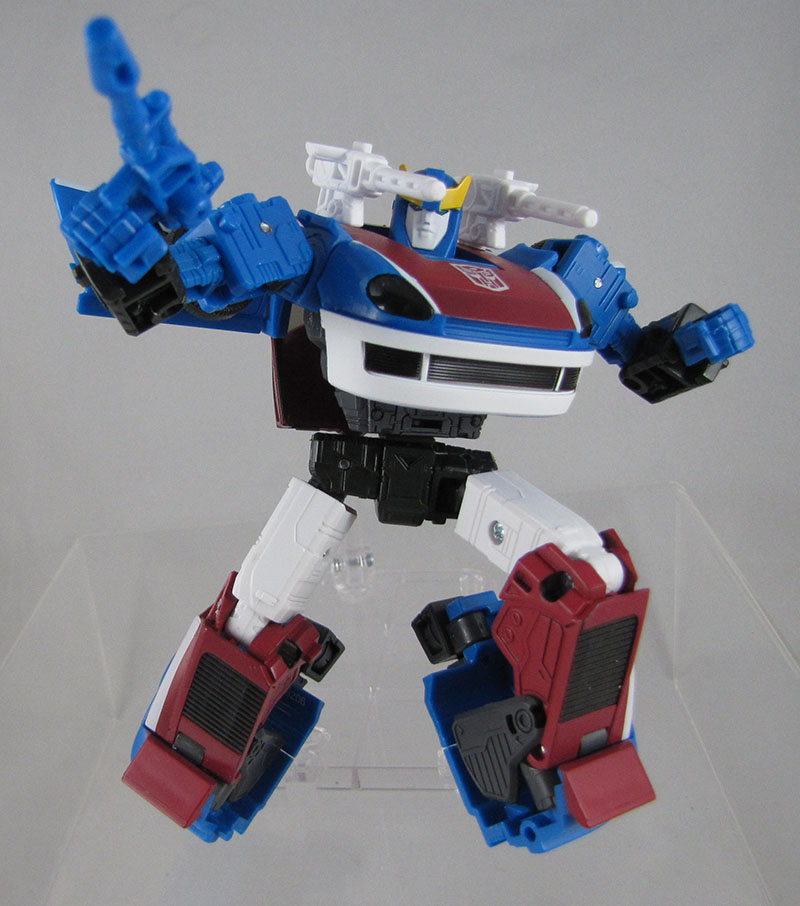 Despite Smokescreen coming with his cartoon head and his cartoon chest, he comes with Bluestreak's cartoon shoulder launchers!  This is no super big deal if you have Stege Smokescreen, 'cuz Stege Smokescreen came with Smokescreen's cartoon shoulder launchers, and they're compatible.  Just toss those Earthrise launchers in the garbage and plug in last year's Stege launchers.  The pegs are a little too tall for the hole, but that was an existing problem with the Stege mold.  They're just very long pegs.  I chopped off the edges a little with some toenail clippers, taking a full 6 seconds to do this, and now they're flush with the hood.

Now all I need is some reprolabels from Toyhax to finish his look.  You know they're coming.  I'm a-gonna need his bumper to read SUN and MOON and his crotch to have a splash of green.

still need to find a bluestreak replacement, but they're starting to hit walgreens now, so hopefully it won't be too long