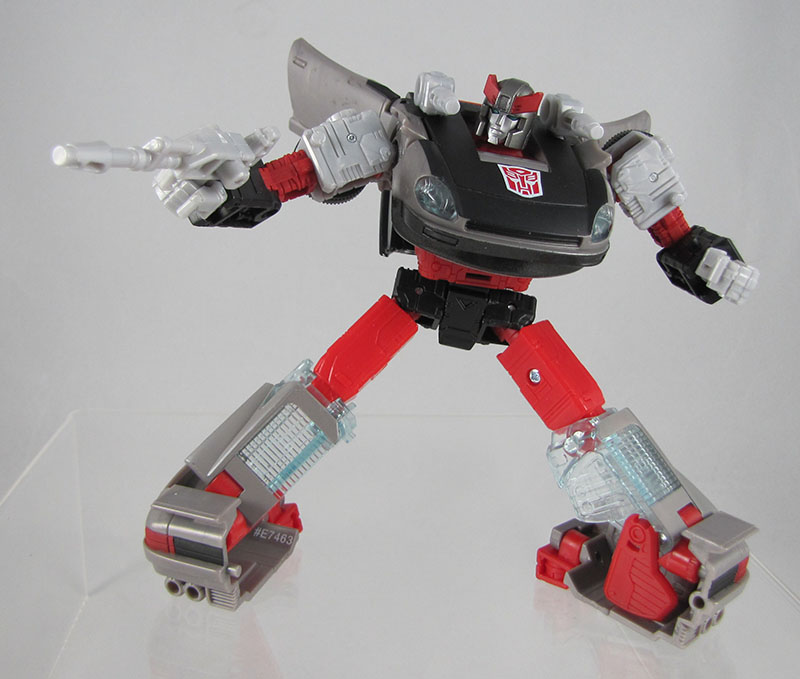 When Hasbro goes back to the three Datsun Autobot guys to make new toys, they tend to do Prowl's head.  It's the most toy-accurate of the head designs, while Bluestreak's is more abstracted and Smokescreen's is just... a face in a box.  Bluestreak and Smokescreen will get Prowl's head and they'll like it!!!!  Sometimes Smokescreen gets his own head, because it's bizarrely different, but Bluestreak?  Basically never. 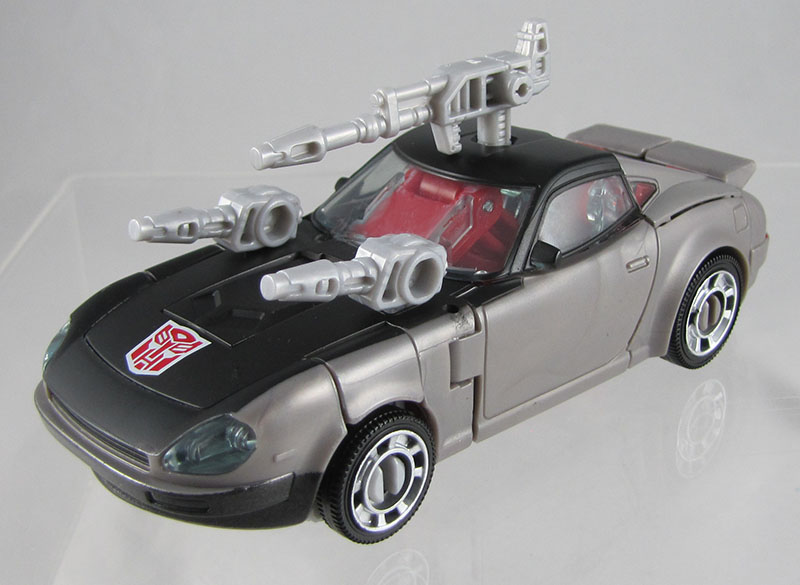 No one's exactly sure how EarthRise Bluestreak will be released.  Probably Amazon, since he has a listing there in other countries, but he's not officially announced yet.  HOWEVER, he came out in Asia and TheChosenPrime imported him, and I bought one during that 15-minute window they had him in stock.  And so I have him (he arrived in a DAY), despite him being the only one of the three not yet officially announced.  Smokescreen's in the second wave of retail Deluxe Class toys which is just now beginning to hit Targets, and Prowl's in that aforementioned Amazon two-pack.

Last year's Walmart-exclusive Stege Bluestreak, ostensibly a Cybertronian alternate mode version, feels a little scrawny compared to this Definitely A Datsun Sportscar version.  EarthRise Bluestreak is blocky and beefy and substantial, while Stege was a little on the scrawny side.  Stege was a little shorter, too.  That's not to say that EarthRise is superior in that regard.  The Stege Prowl/Bluestreak/Smokescreen toy was actually pretty solid and easy to play with, despite how anemic it appeared from some angles.  You could collapse his thighs into his shins in a snap.  Satisfying.  I liked it.  EarthRise Bluestreak takes some fussing to do the same, and the way his spine accordions is often confusing. 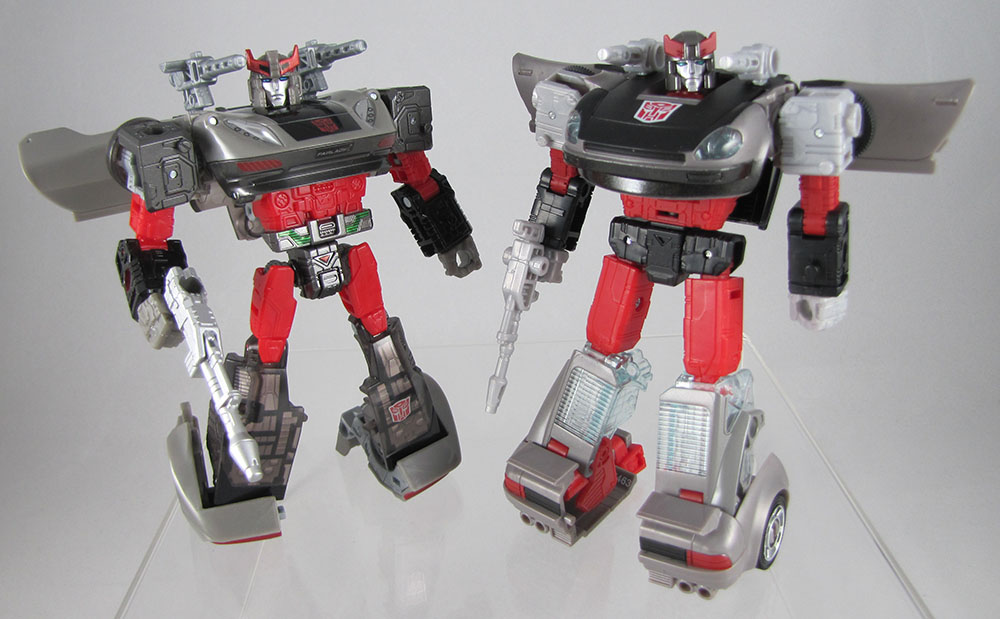 In fact, I just flat-out broke my EarthRise Bluestreak trying to get him into car mode once.  He's brokes.  The little translucent hooks on the thin translucent windshield/roof part just shattered.  I pushed the wrong thing trying to get him into car mode and the weakest point gave.  SO BE CAREFUL WITH THAT I GUESS.  I glued the windshield back on -- not to the hinges, since that's just impossible, but to the broad red support beam underneath it.  The actual tiny hinges are still shot, but the functionality remains.  All my pictures here are taken afterwards, even.  It's just super annoying to know those hinges are broken.  And I can see the superglue smeared in the windshield.  I'll try to get a replacement when he's made available properly.

Honestly, having the roof break off your Bluestreak is pretty integral to the Vintage Generation 1 Transformers Experience.  A++++ nostalgia.