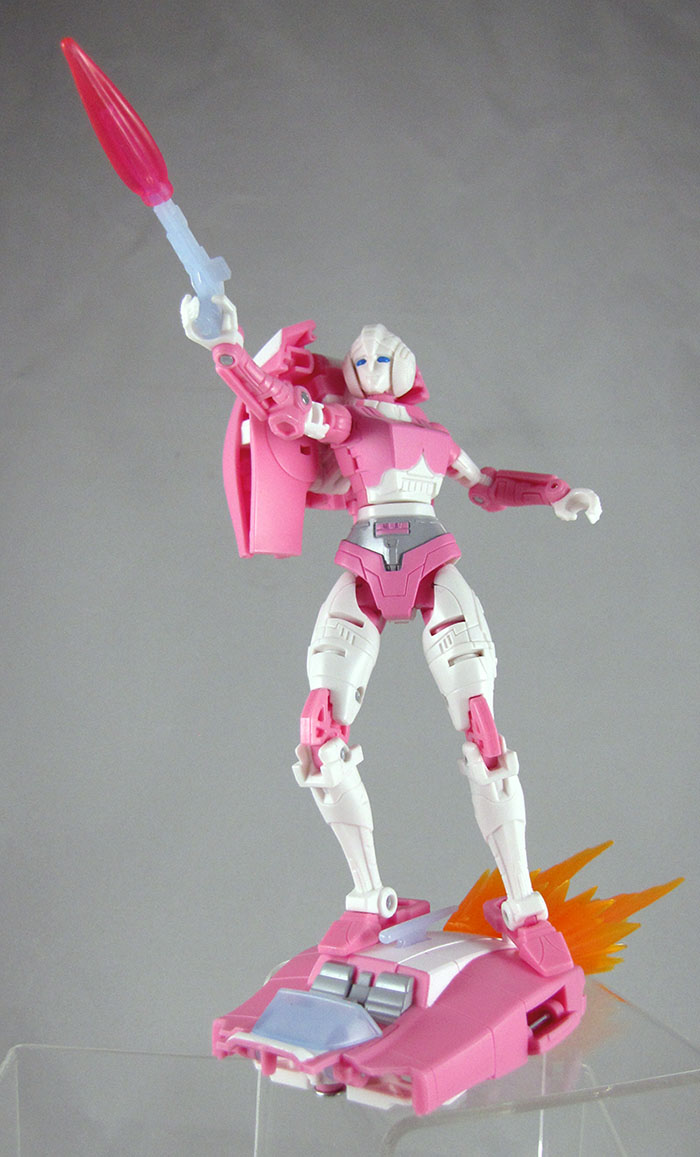 2) put your chick in that box

3) they make you open that box

and that's how you transform her

Dang, got deja vu here.  Back in July, I talked about Cyberverse Arcee, who is a box which you yank a woman-shaped robot out from.  Well, here's Earthrise Arcee, who is the sequel.  And like many sequels, it's not as good!!!!!

Like, you can fault Cyberverse Arcee for many things, but it had style.  Some visual panache.  She transformed by stepping out of her car box, which you then folded up onto her back, but at least she looked rad!  Earthrise Arcee..... has some problems!  Like, okay, Transformers these days are pretty lax about closing up their shapes in plastic from certain angles, so if you look at them from behind or below, you might see some hollowness.  Materials and labor and shipping are getting expensive, I get it, and we don't want our Deluxe Transformers to be $30.  It's fine.  But Earthrise Arcee steps out of her car box, and then you fold it up on her back, and .... you're just staring at a bunch of frontward-facing hollowness surrounding her robot mode.  It is not ideal!  I mean, it's not ideal in many ways, what with the stepping out of her car box part, but you get it.  Earthrise Arcee really needed some extra plastic parts to make her shoulder kibble look good from, like, the most important angle.

You can remove half of the car mode from her back and have her stand on it, if you want.  This doesn't fix the frontward-facing facade problems over her shoulders, but it does remove half of her backpack.  However, she is also standing on herself.  Which is ridiculous.  She is surfing on her own spine. 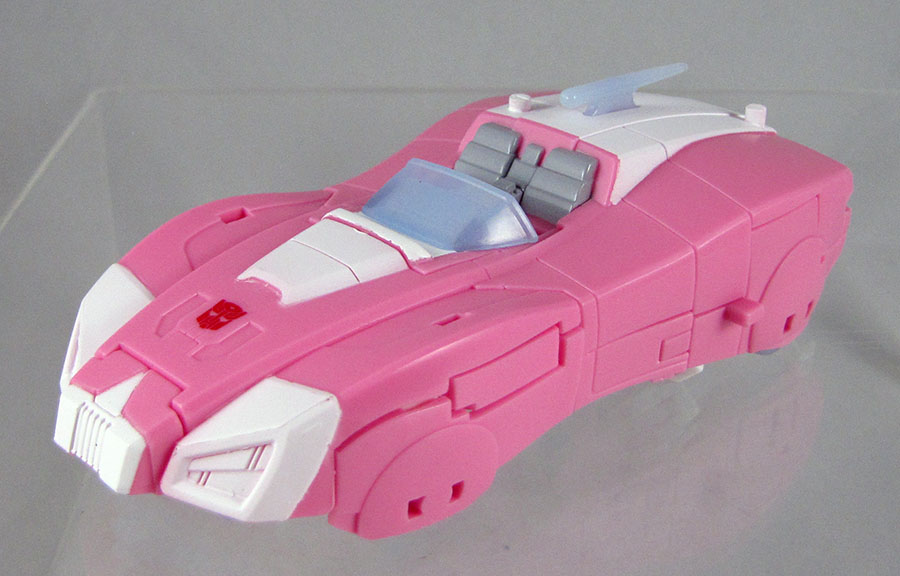 So, yes, this Arcee toy is evidently deficient in many obvious ways.  Why do I own it?  Let's talk about Earthrise Arcee's strengths, category: relative.  Five years ago, Arcee got her first Proper Transforming G1-Style Toy, for the Thrilling 30 line.  It was honestly a Moment.  It'd taken so long.  29 years, at the time.  And, yeah, you had to fold up a lot of car onto her back, but surprising amounts of Arcee Robot actually became car!  The thighs became car!  The chest became the tip of the hood!  And... okay, that was it.  But that is 100% more than Earthrise Arcee. 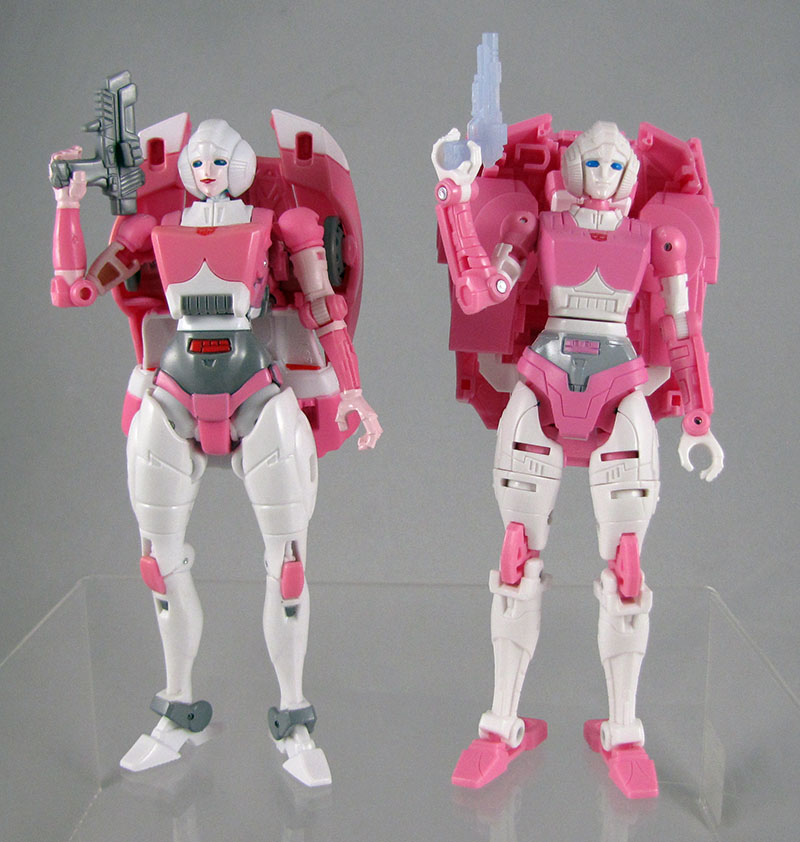 Earthrise Arcee doesn't have all this.  Yes, she's still shaped like a thin human female, but she's a faithful recreation of the decidedly less thirsty 1986 model sheet for Arcee.   It's a much more neutral look for her.  It's just a little bit less embarrassing.  She's not standing like she's trying to shove her cleavage in her own mouth.  Plus, like, her arms reach past her torso.  That's nice!

Other pluses: She has waist articulation, ankle swivels, some better range of movement all around.

So that's the thing.  There's a choice of Arcees where one stepped out of a Liefeld comic but can transform a little, and one that is 90% less fetishized but takes off her car mode to stand on it.