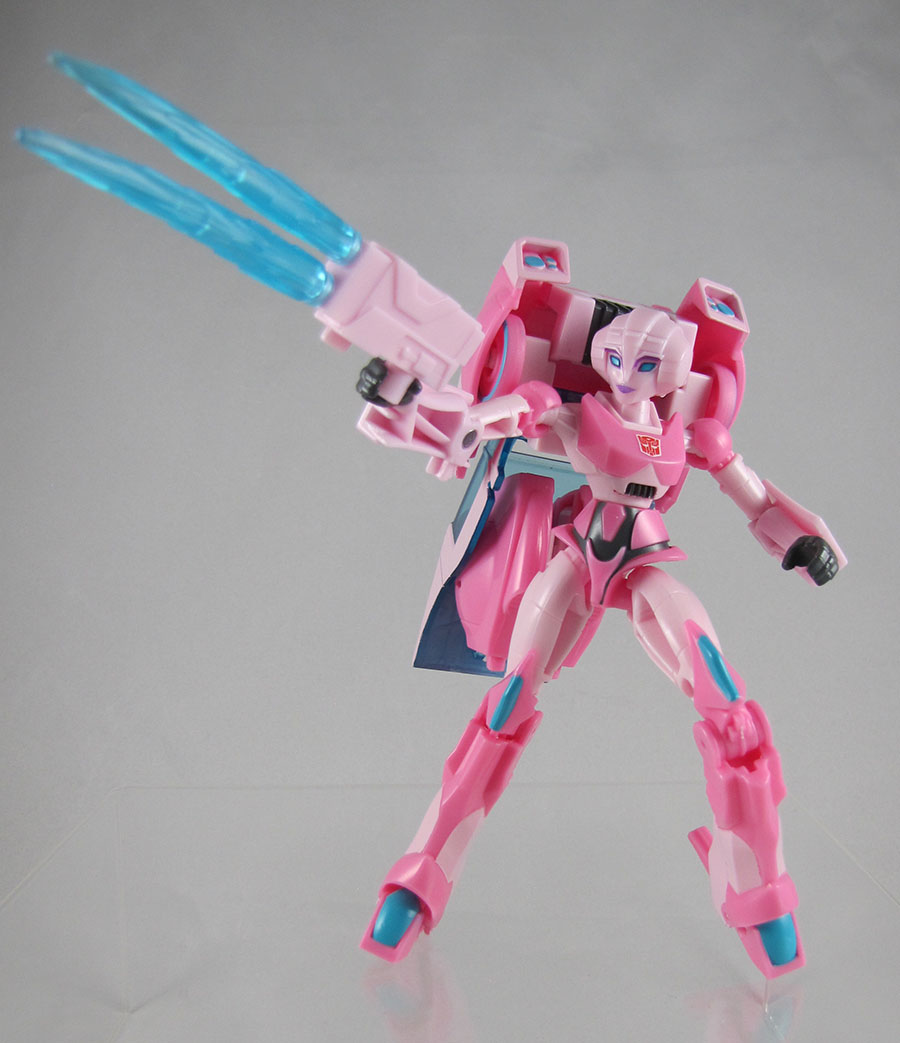 2) put your chick in that box

3) they make you open that box

and that's how you transform her

Ah, the eternal battle of "Arcee toys should look like Arcee" versus "Arcee is a human woman who transforms into a box."  How will we wad up the robot inside the car shell this time?  Will the chest actually become the hood of the car, or have we now given up on that completely?  Will, in fact, any part of the robot become part of the vehicle mode?

The answer with Cyberverse Deluxe Class Arcee is: just the forearms this time.  You unfold the car on her back, fold her knees back, and tuck her inside her altmode.  Panels on her arms form a portion of the sides of the vehicle. 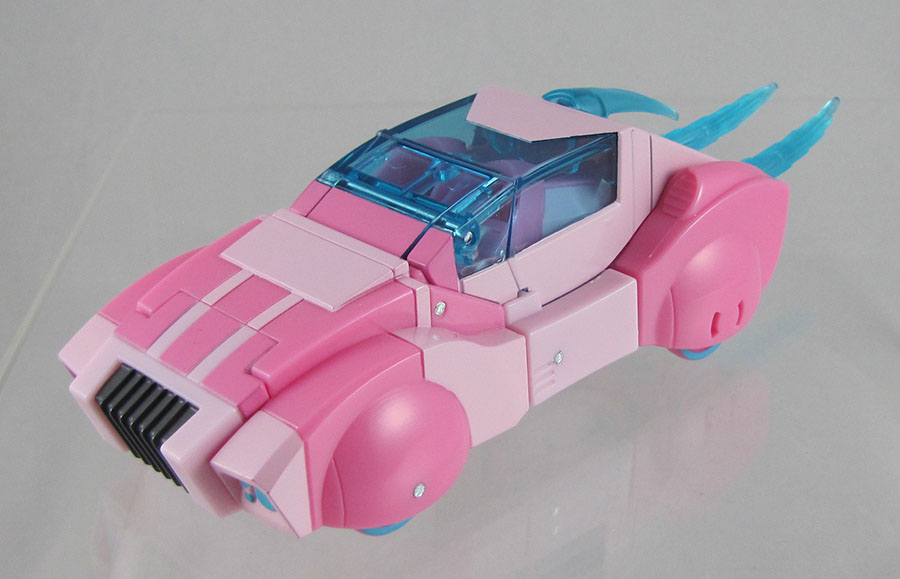 Her animation model on the Cyberverse cartoon smartly expects this.  If you see her from behind, yeah, there's an entire car drawn/rendered back there, just shrunk a little.  So, you know, at least it's ... accurate.  I remember when Animated Arcee was redesigned between seasons to have vehicle kibble hanging off her butt 'cuz whoops I guess she's going to be a toy now and not be just a cameo.  Whoever designed Cyberverse Arcee's animated appearance seems to have been genre savvy enough to put that massive backpack in to begin with. 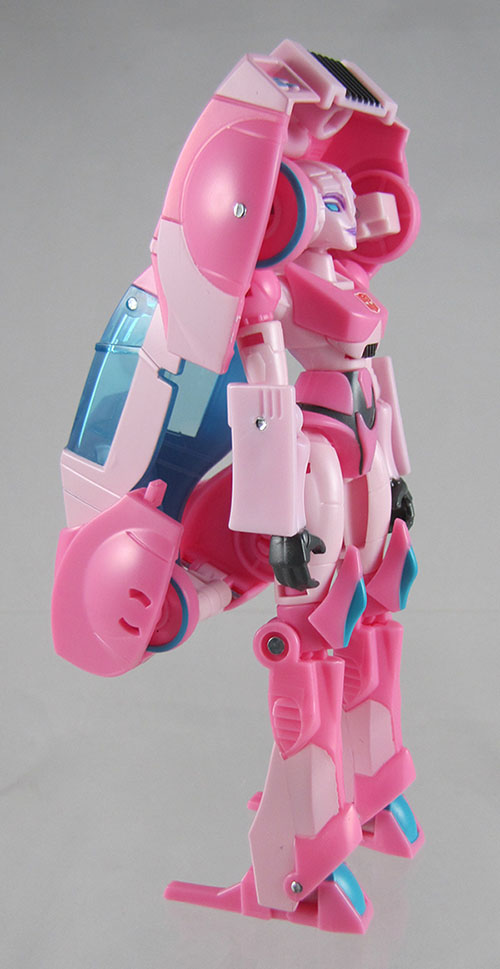 Despite all that!!! Cyberverse Deluxe Class Arcee is an appealing-looking toy.  She's a very vibrant pink.  She has enough paint to make her dazzle.  And I really like how her shins look like, you know, robot shins instead of naked human lady legs painted white.  It's just a pity those robot legs aren't also vehicle parts.  It could have saved on so much backpack.

Arcee comes with a blaster, two blue effects parts so you can either make the gun look like it's shooting or her vehicle mode look like it's zooming.  She also comes with Build-A-Figure parts for Maccadam, specifically his biceps and weapon.  Just one Thunderhowl left to go until I can finish that guy!