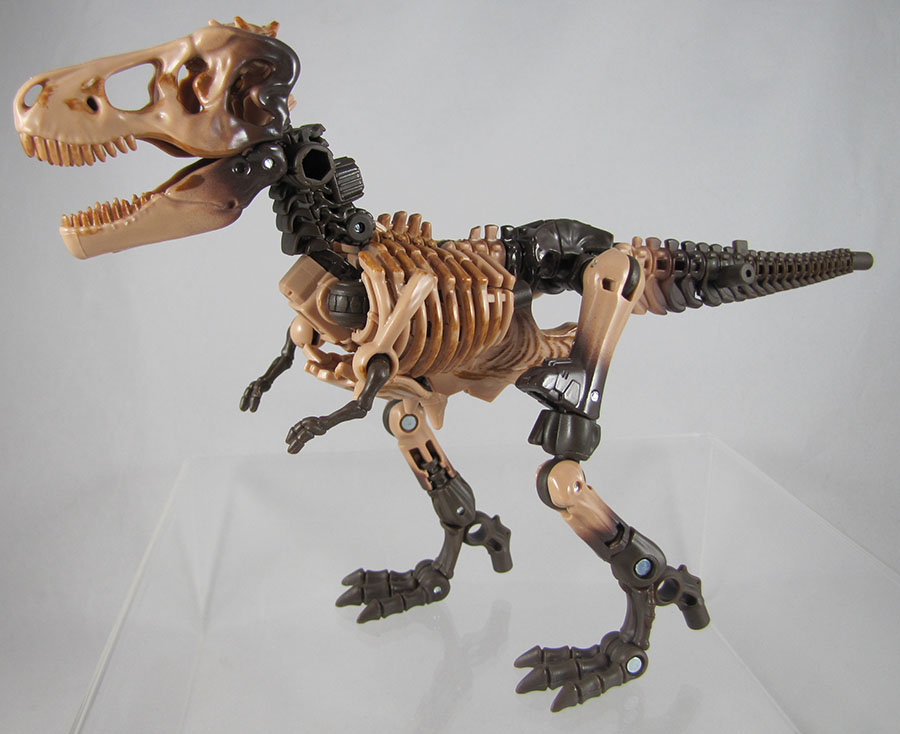 In both Stege and Earthrise, the toyline seemed to be scrambling to find something toyetique to add to its range of G1 Done Again, and found itself making new toys of City Helper Guys like Cog or Brunt and then turning Micromaster Bases into robots.  But in Kingdom we've run out of characters from the 80s to turn into armor for your other 80s guys!!!!

So what if we just took dinosaur skeletons, made them into new characters, and then let you reconfigure them into dinosaur skeleton armor with FOSSIL Technology (Fossilized Osteo-Skeletal Shield Integration Loadout Technology) for your G1 Done Again guys?  And we called them FOSSILIZERS?  Yes please!!!!! 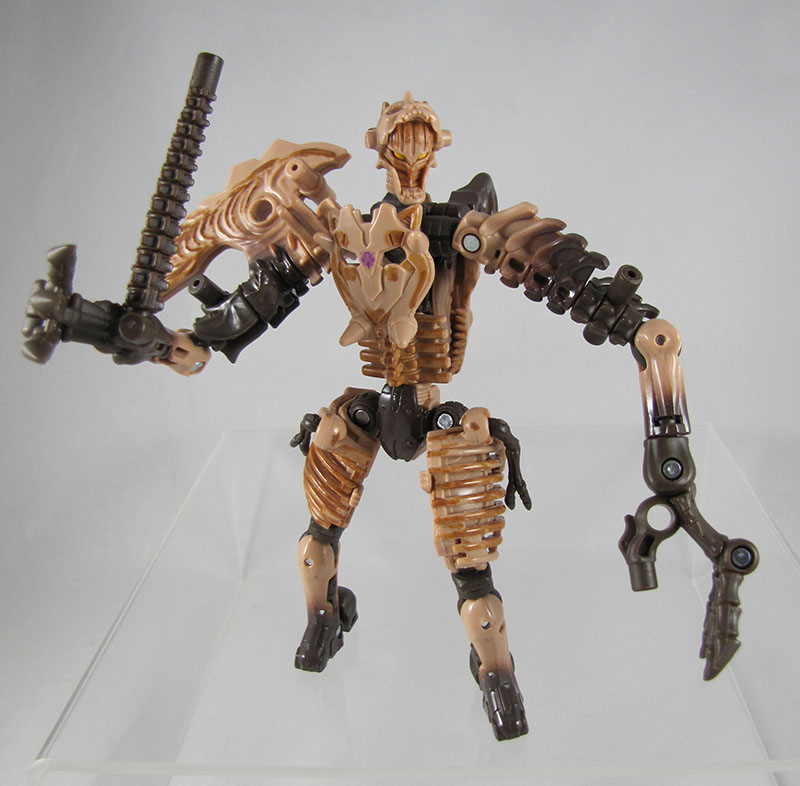 In a way, Paleotrex isn't 100% a new character.  He's technically the body to the skull mace that the original gorilla Optimus Primal toy came with.  But we're counting it.  He's a gangly robot with long T. rex leg arms and tiny T. rex femur legs.  His skull face flips up to reveal a robot face.  He's utterly unlike anything we've gotten in Transformers before.  It's nice!

He reconfigures (like the Weaponizers and Modulators before him, he doesn't transform traditionally -- he comes apart and goes back together differently) into a Tyrannosaurus rex skeleton.  The head's a little too upright and the tail's a little short, but otherwise it makes a lovely undead dinosaur. 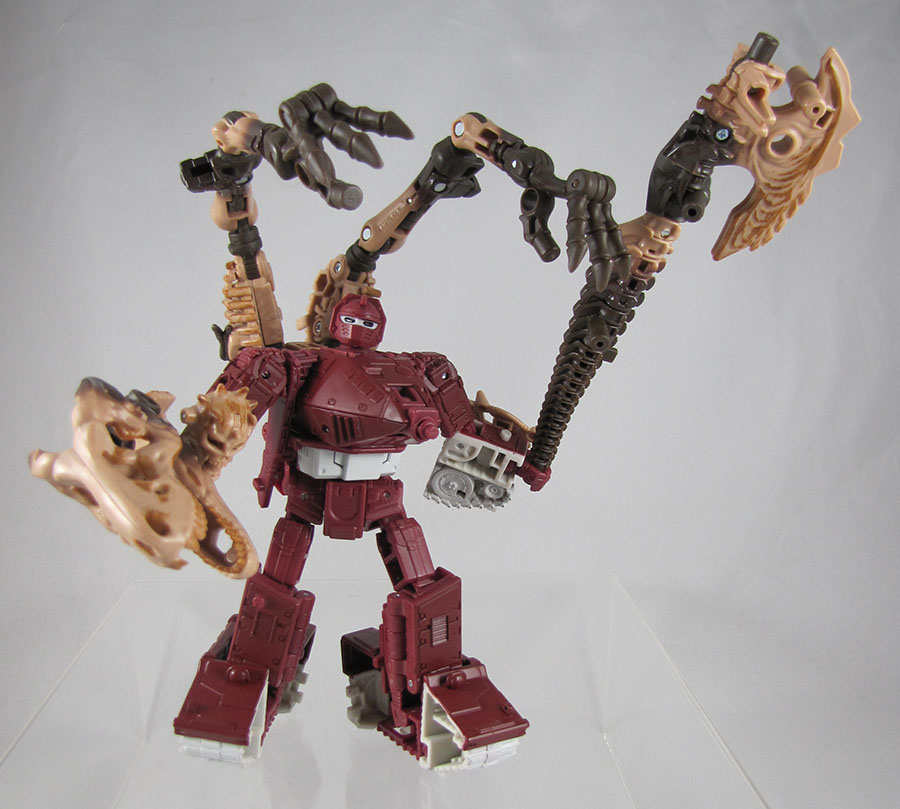 And you can take him apart and figure out how to attach him to the 5mm ports in other current Transformers.  His instructions offer two possibilities, but there are undoubtedly others.  COVER YOUR TRANSFORMERS WITH DINOSAUR BONE ARMOR.