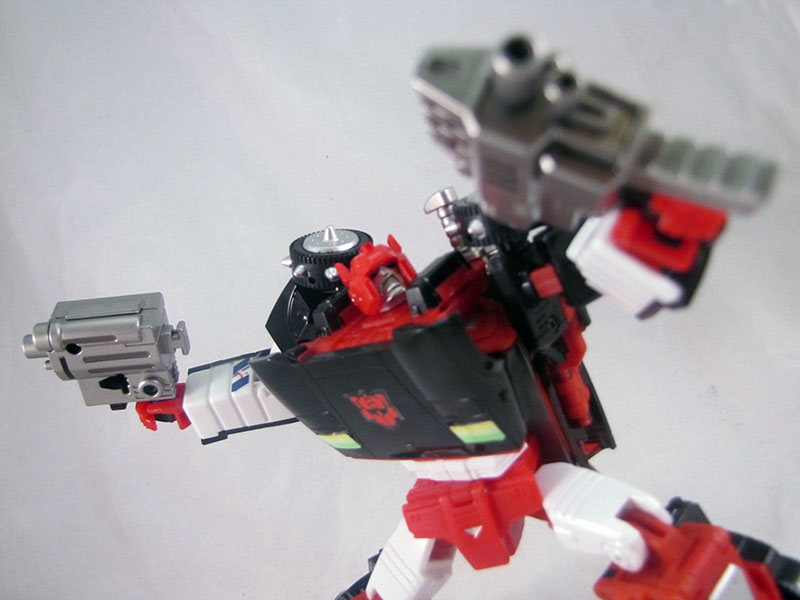 I wasn't super-interested in Masterpiece Sideswipe when he was first announced, and I was kind of disappointed when I fiddled with my friend's, so that lack of interest felt vindicated.

I gladly threw down dollars when it was announced that Masterpiece Sideswipe was coming out in his Generation 2 color scheme with a new snarly face and two new giant Derek Yaniger guns and two spikey wheels for his shoulders and a new sword.  The only thing that's missing is his bandolier.  I really want that bandolier.  (Okay, fine there's also a third gun we saw on his back that's missing, but eh, mostly I'm about the bandolier.) 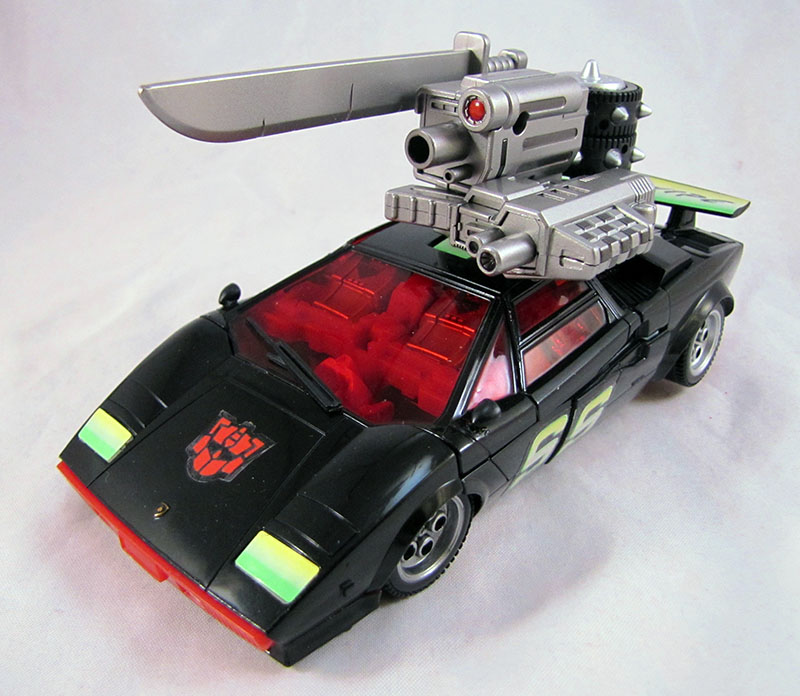 The toy is about what I remember when I tried to transform my friend's.  Masterpiece Prowl was involved but pretty intuitive and easily do-able, but Sideswipe gets in his own way too much.  Sideswipe feels more fragile when you move stuff around.  He definitely seems more complicated than he has to be.  I mean, the original toy's legs just pulled out and you flopped the feet down.  I'm not entirely sure why this toy can't do that rather than having each shin blow up into shards which you reassemble to get basically the same look. 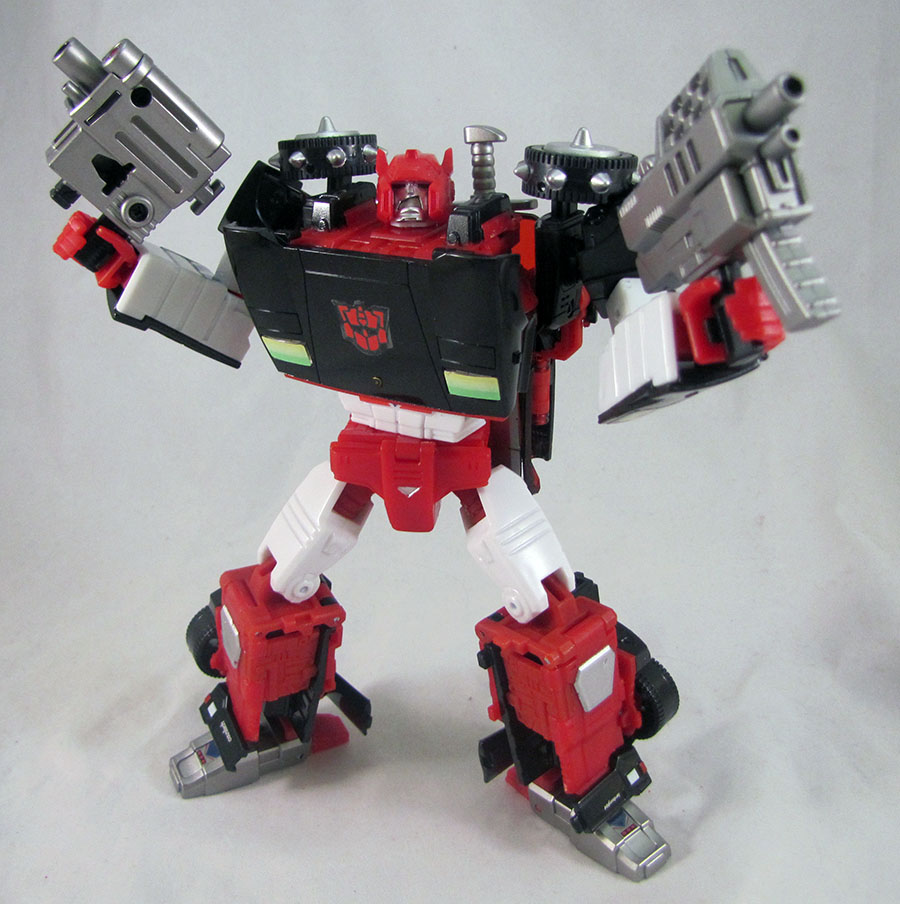 The toy comes bare, but there's a sticker sheet included if you want to push the look of the G2 toy.  The comic book's Sideswipe left off the toy's green, so if you wanna strictly comic-accurate Sideswipe you should leave those off.  But while I'm in love with that first G2 comic book issue, I'd rather my toy be prettier and acknowledge the original toy more, so I applied those stickers first-thing.

All the extra parts combine into a megaweapon which attaches to the roof of the car just like in the comic.  Yeah, that can also include the wheels and the sword.  It's pretty awesome.

I'm not likely to transform Sideswipe much since he's kinda a chore, so I'm glad he makes a pretty great action figure in robot mode.  Visually, he's everything I've ever wanted from a Sideswipe, for seriouslies.  Sideswipe is just kinda boring unless you G2 him up.