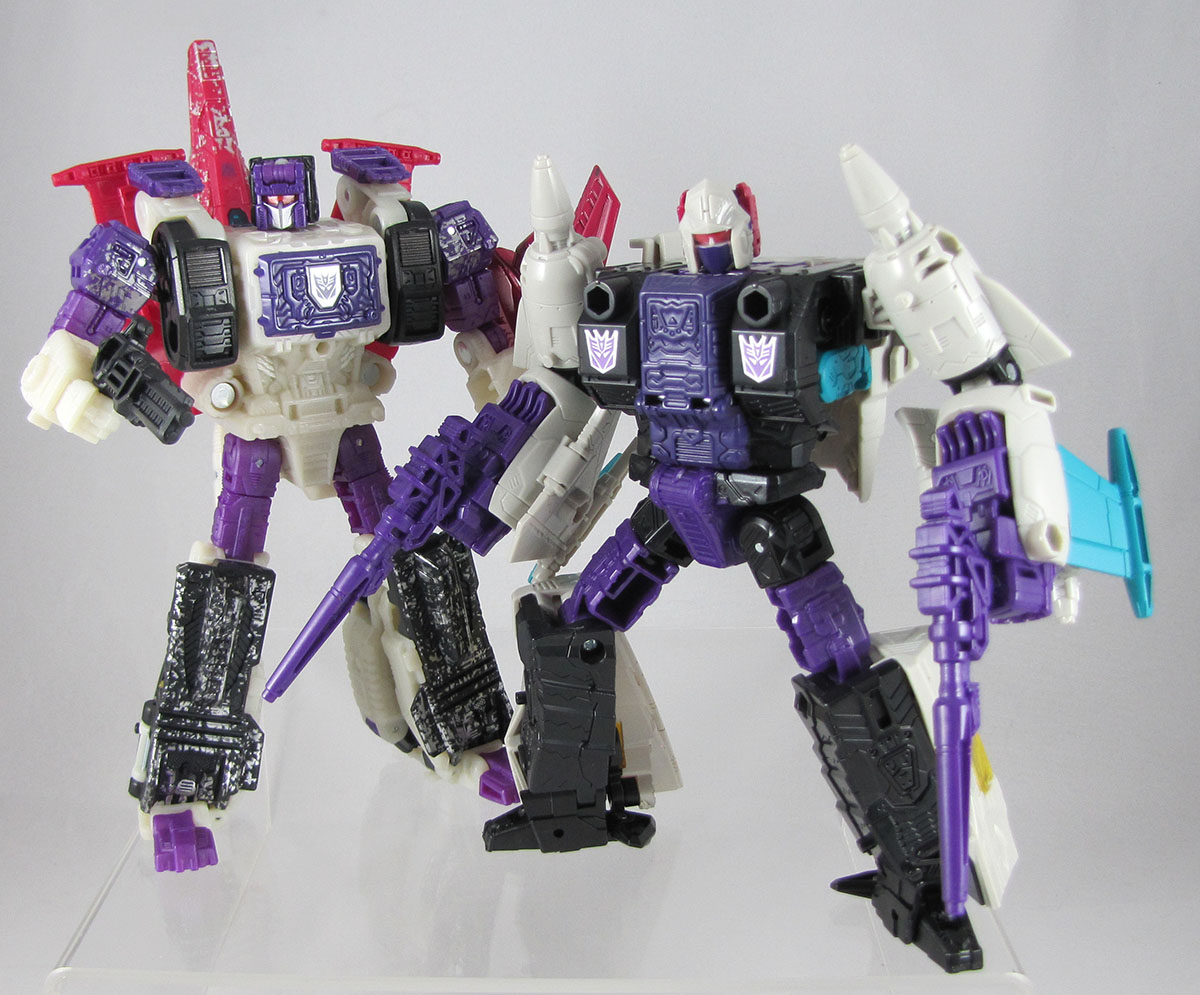 It took four toylines (Titans Return, skipping Power of the Primes, Stege, and EarthRise) to finish the 1987 Decepticon Headmasters, but here we are!  Snapdragon is here!  Trailing Scorponok by only a little.  It's been remarked upon that Titans Return was a toyline with the express gimmick of Headmastering, with the secondary gimmick of Voyager Class guys who triple change, and for some reason it didn't give us Apeface and Snapdragon, the larger Decepticon Headmasters who could triple change.  But, well, it is what it is, and they're both here now.  Apeface sputtered out just barely at the end of Stege, and now Snapdragon is here for Wave 2 of Earthrise. 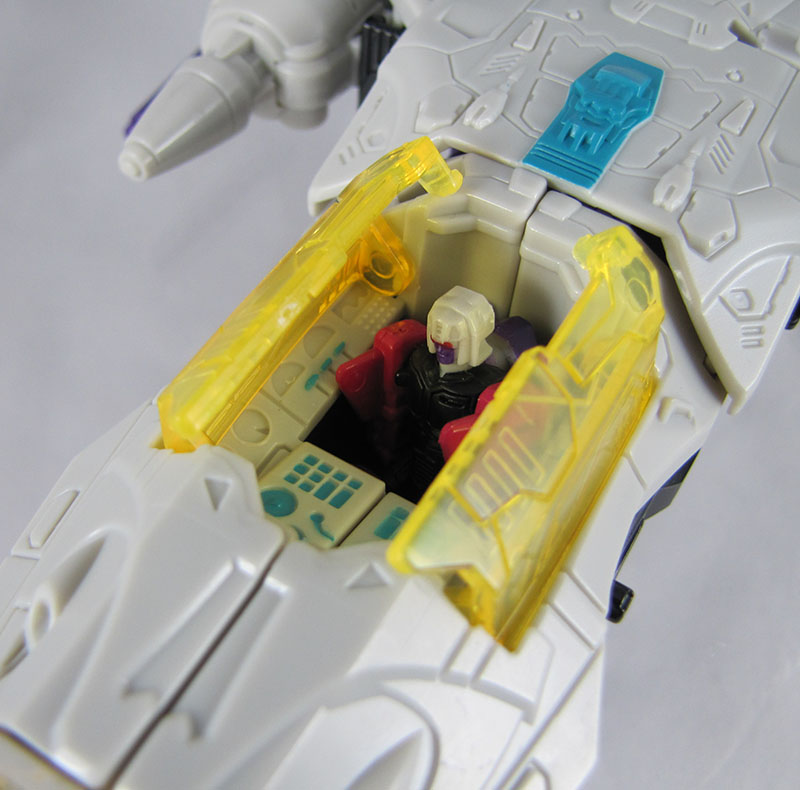 Snapdragon, again, is a Headmaster who Triple Changes!  He's a robot, a spaceship, and an extremely-widely-hipped dragon.  I guess dragons are fictional, and so they can have as wide a stance as they like.  His head transforms into Krunk, who is not Patrick Warburton from Emperor's New Groove.  That's Kronk, with an O.  Common mistake.

The best thing about Krunk, other than his name, is that the little cockpit area he sits in has decoed control panels.  That's wild for a mainline toy!  They never do that.  I mean, it looks like a little LEGO control panel, with buttons tampographed onto a slick surface, but it's still great.  (Getting the cockpit window halves to split so you can place Krunk in there, though, is a workout.) 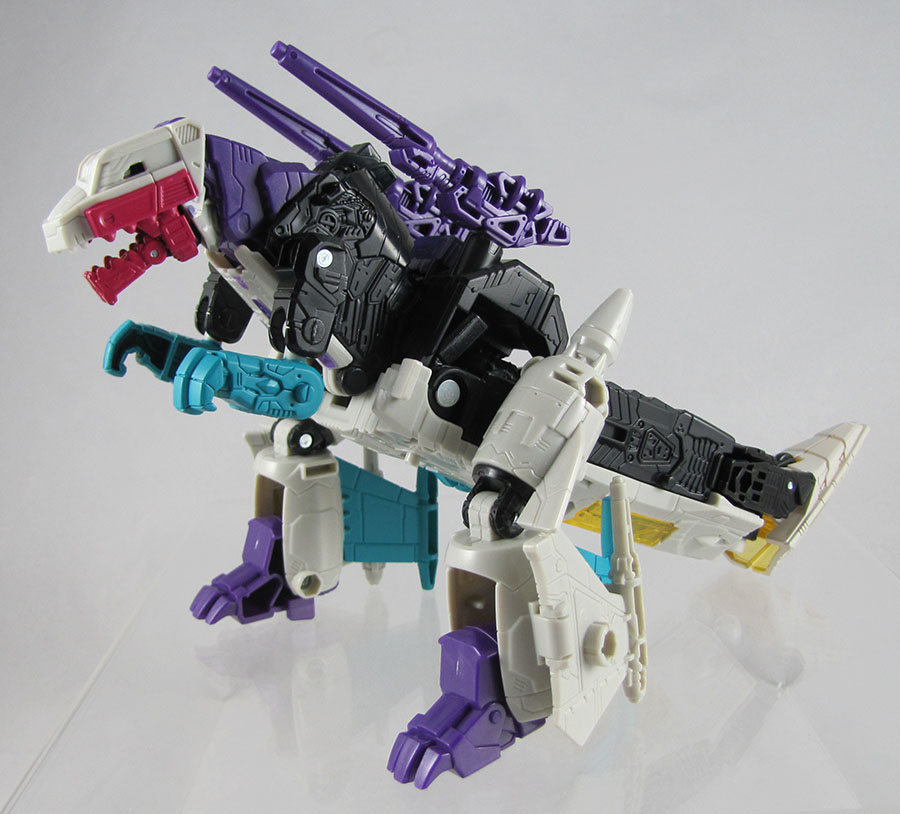 Snapdragon's transformation into all three modes is pretty straight-forward.  If he's a jet, you bend out the wings and engines into either robot arms or dragon legs, and then you either need to make the jet's nose into robot legs or bend them into a dragon tail.  There's not as much peg-to-slot massaging as with Apeface. 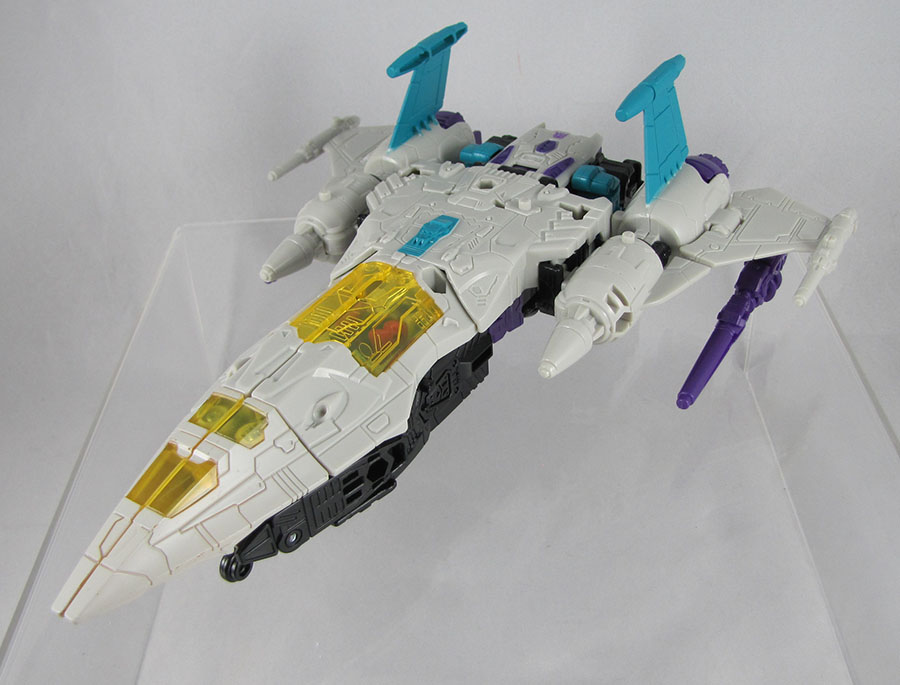 I do wish Snapdragon had better shoulder articulation in dragon mode.  The shoulders only rotate up and down, not outwards.  He does have balljointed elbows, you can point his tiny tyrannosaurus-esque arms out to the sides, but working this motion only reminds you that his shoulders don't move much.

It explains why Daniel Witwicky had to jump directly on Snapdragon's head to get within reach of his jaws.  Those tiny forelimbs would be no help.