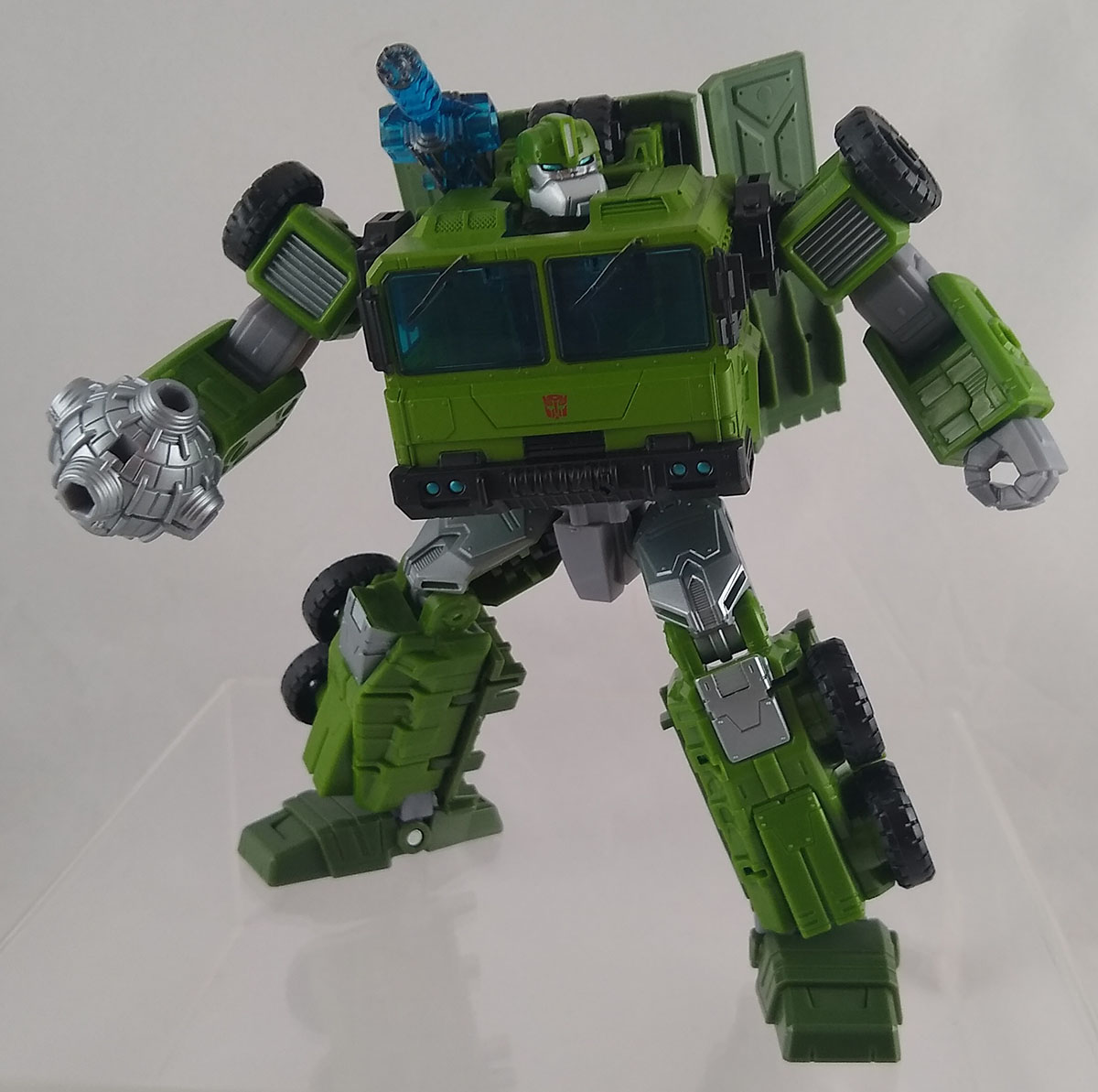 Legacy???  Is out??? In stores now???  They told us JULY.  Because of COVID probably.  But here's "Prime Universe Bulkhead," sure enough, bought in a local Target.  Transformers Legacy, this year's Transformers toyline, says it's about a bunch of different guys from other universes visiting the G1 guys or something like that, and so this is Bulkhead from Transformers Prime.

Apparently when you step into Generation One, your limbs become boxes and whatnot, as this is a classic-look reimagining of the character, rather than an attempt at recreating the original character model.  I have a First Edition Bulkhead, meaning I'm fine with this different take, but those of you who don't and wanted a more traditional Prime Bulkhead, I'm sorry!  Everything's all G1 now, even the stuff that isn't.  So sorry. 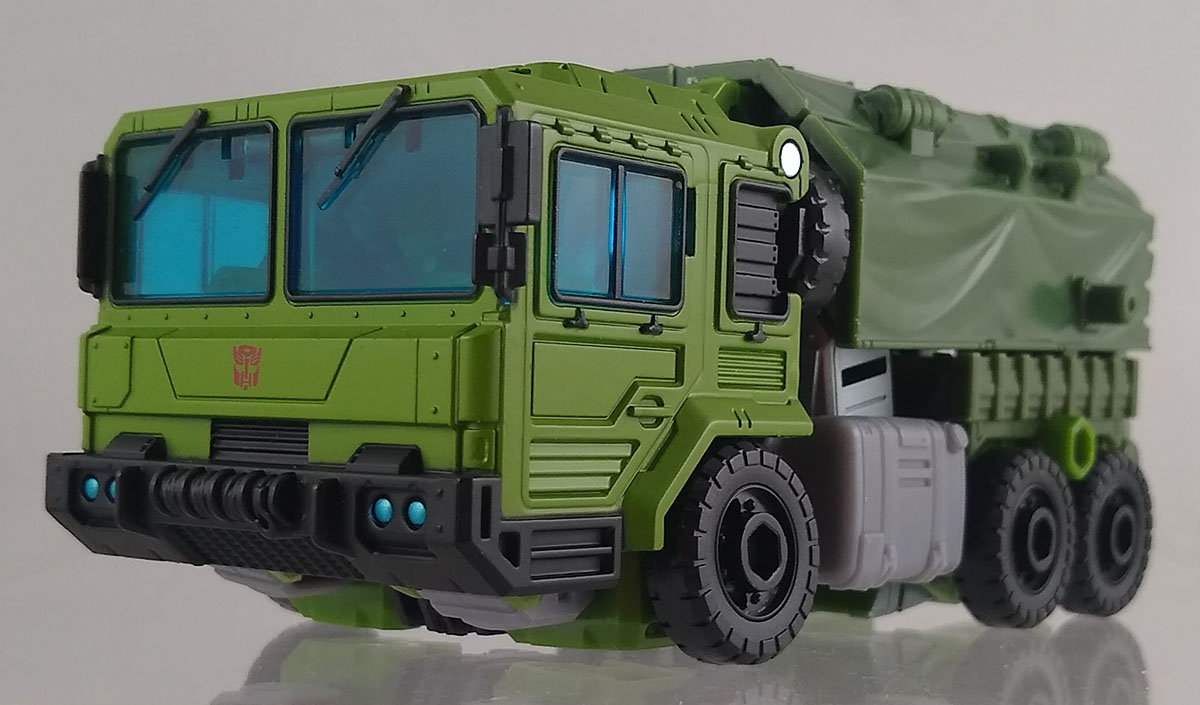 He's actually pretty surprisingly complex despite how he looks!  Like, you look at him and think, okay, he kind of stands up and transforms and that's it, right?  Naw.  His crotch breaks apart into like six pieces and rearranges.  His entire arms tuck inside his chest.  His legs are full of vehicle parts!  There are many tabs and slots!  But it's not complex in a way that hates you, which is good.  He's just got a lot more going on than you'd think.

Prime Universe Bulkhead comes with two weapons -- an Energon gatling blaster that pegs into his shoulder and his trademark wrecking ball, which opens up and closes around his fist.  Both of these can stow in the truckbed under his tarp in vehicle mode.  Also, his tarp can come off and attach to his arm as a shield.  If you want to do that.  It doesn't need to be removed during transformation, so I haven't really bothered yet.  I like adding the shapes to his torso's silhouette.

This toy is good?  Yeah, I like it.  I wanna get a second one, swap his head for Hound's, and make myself a Big Red.  We'll see.