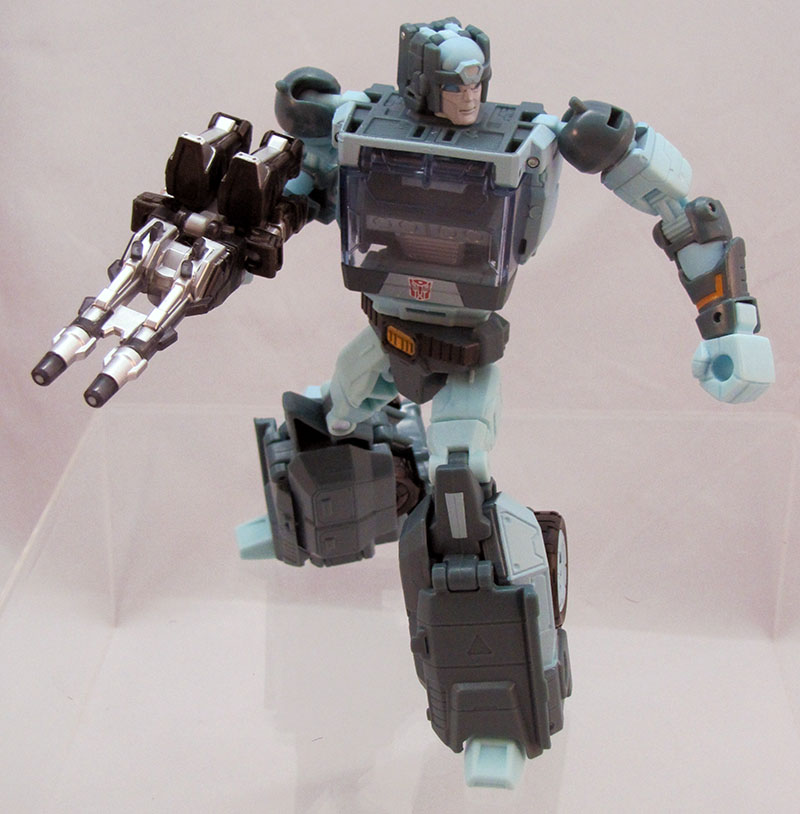 Which is fine, since those are what you see from the outside when you transform him into pickup truck mode.  They're not as obviously humanoid robot arms filling in the back of the passenger compartment with those rectangular biceps there. 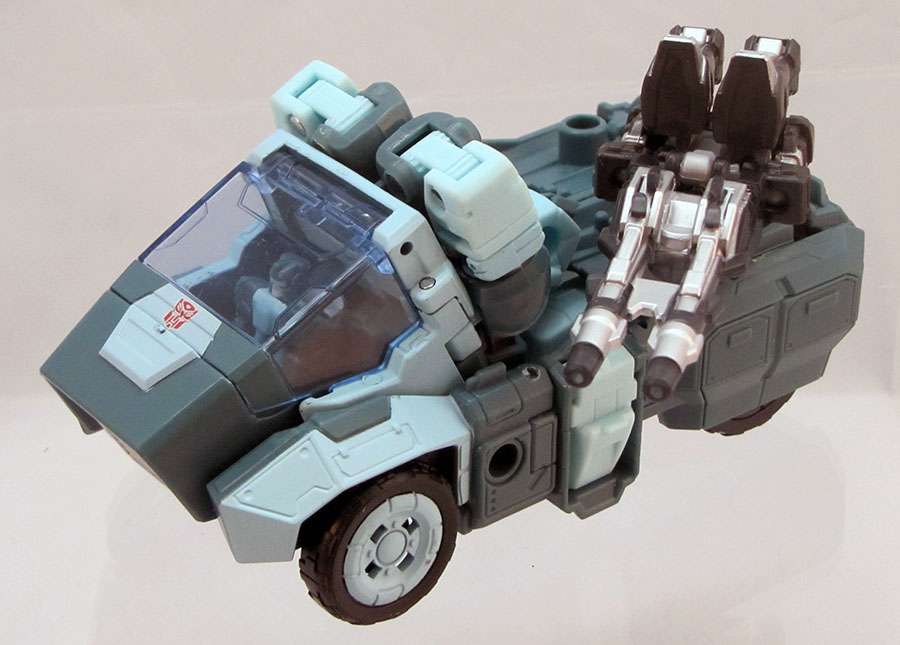 The other new addition to Kup himself is the new face.  Hasbro's Kup face wasn't the best Kup face (it kind of looked like he's smelled a fart), but TakaraTomy's isn't super great, either.  I mean, the proportions are better, helmet-to-face ratio wise.  But that expression, man.  He looks coked out or something.  Or like the alien from Mac & Me.  (named "Mac," but if i just say "he looks like Mac" and no other context nobody probably knows what I'm talking about)

Now, the paint job is indeed an improvement.  Hasbro's Kup, despite being a very appealing shade of teal (in person, if not photography) was really super plain.  I ended up painting his forearms and hands gray so he looked better (and matched his Marvel comics coloration).   There were so many sculpted details on him that were obviously meant to be painted, like the stuff on his translucent truck mode canopy.  Targetmaster Kup painted those details on, thankfully, as well as his belt and the yellow "L"-shaped stripes on his forearms.  Lots of little things like that.  He's not an appealing a brilliant teal, though he is almost entirely various other shades of teal. 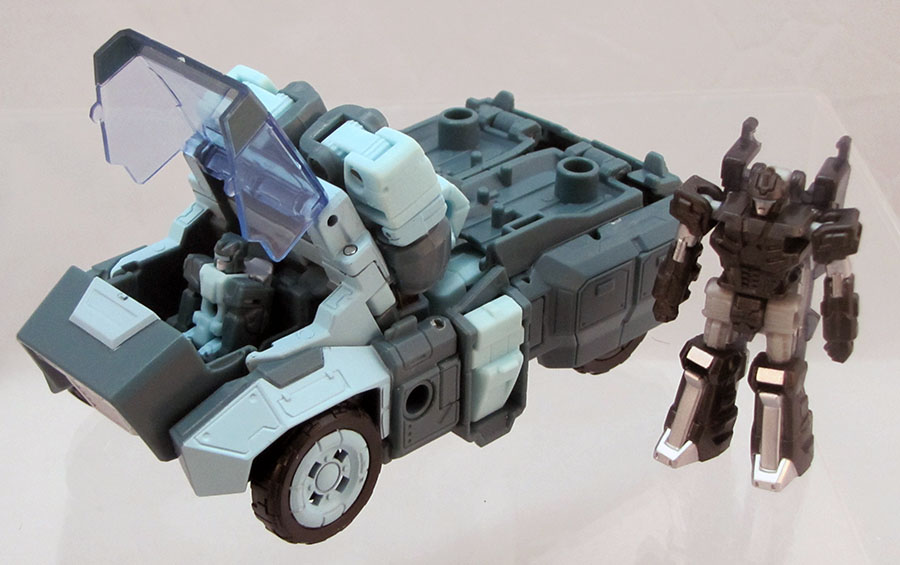 But, like Hot Rod, my biggest focal point was his Targetmaster partner, Recoil.  I had Targetmaster Kup as a kid, and dammit, I want my weapon-alt-mode Recoil, goddammit.   I've had Targetmaster Kup's Marvel comics character model etched into my brain since I was a child, and so having that huge-ass long-double-barreled nonsense weapon in his fist just kind of makes everything feel happily complete.

In the included mini-comic, Recoil is a very young girl, Sue, the daughter of Marissa Fairborne and Dirk Manus.  Sure, why not.  That's already more information than I can recall about Nebulan Recoil off the top of my head.  And she's not old enough to be awkwardly sexualized, so we can avoid that whole... issue...

i mean she is still, like, an 8-year-old who transforms into an assault weapon, but

okay i'm being told that in weapon form she shoots beams that make enemies nice, rather than physically harming them

well all right then