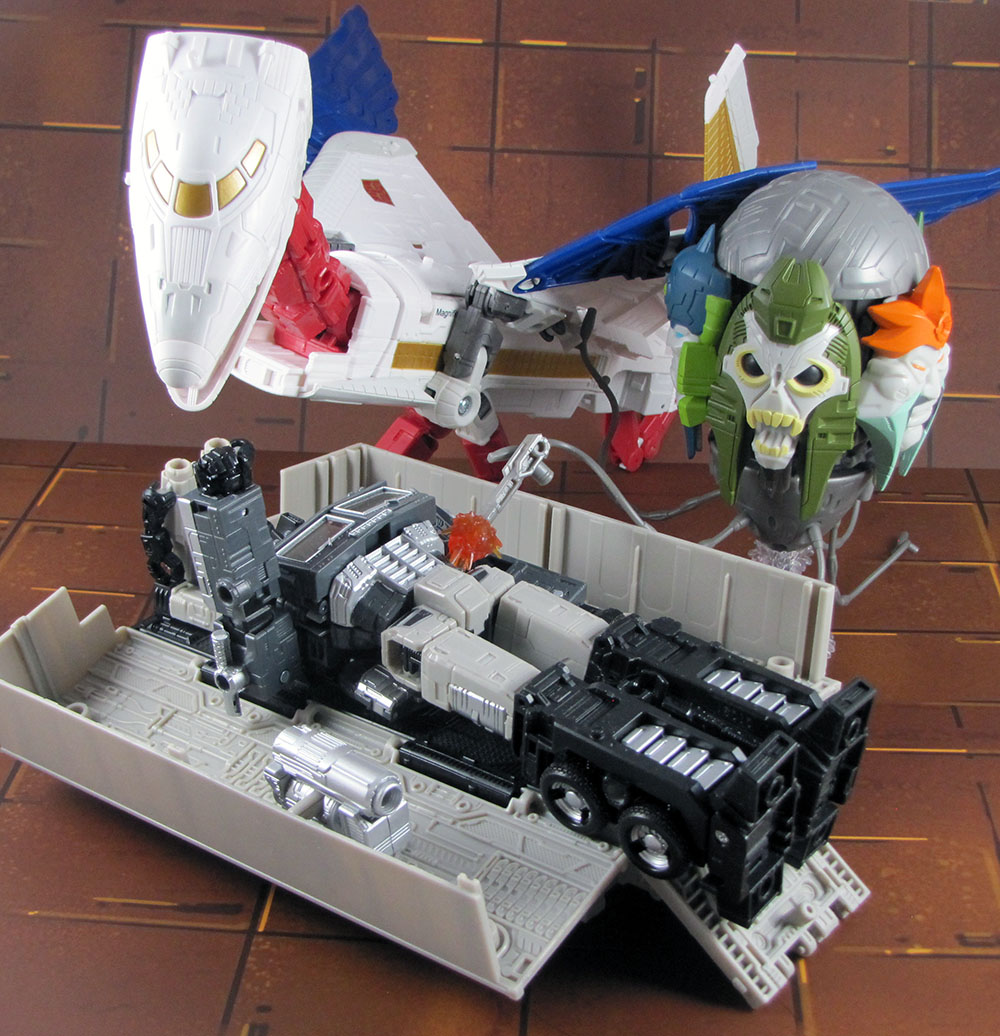 Quintesson Judge is a Transformer, sort of!  I mean, okay, the character isn't a Transformer.  And also the toy... barely transforms.  Into not a thing.  So a certain sub-100 percentage a Transformer!

But you don't care!  In fact, if Quintesson Judge transformed better, into a real thing, he'd probably accomplish Looking Like A Quintesson Judge less well than you'd want.  And you just want a Quintesson Judge toy!  The sort-of transforming is just there to justify his placement in the toy line to the marketing execs.

Yeah, you just venitian blind up his five faces, pull down some ramps, unfold his chair, and balance his hat on his faces.  It's a.... tower!  With a flattened chair!  And a cage?  Yeah, a cage.  The cage is neat!  You can put Rung in it and have him do sexy cage dances.

Two of the five Quintesson faces don't come assembled.  You attach them yourself!  In theory!  Some folks, many folks, nearly all folks... have expressed difficulty.  I know of at least one friend who ended up returning his because he couldn't get the red one attached.  It's the red one that gives the most difficulty.  And a reported few just gave up, shaved off the connectors, and just fuckin' glued the face onto where it goes. 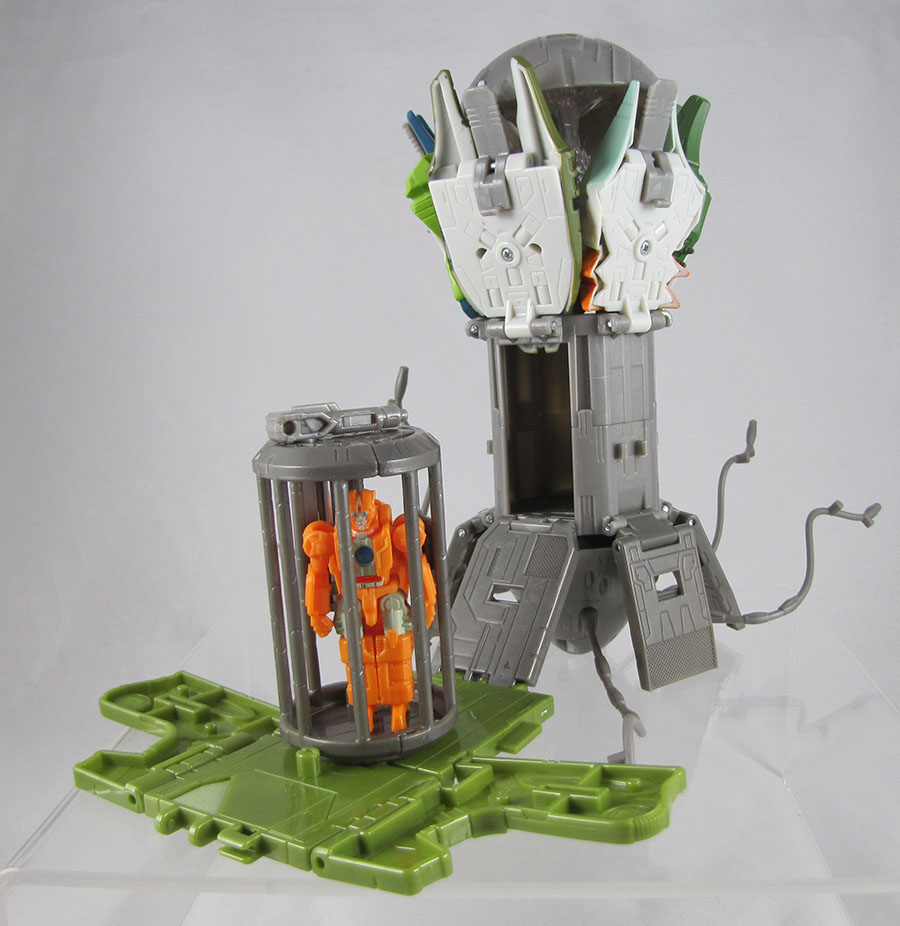 I spent... 30 minutes getting the red face on mine to connect properly?  My fingers were very sore!  I have a second Judge as of today, and I expected to battle it out with this one, and then it just popped on in 15 seconds and I actually was a little disappointed.  I was all geared up for a fight.  But it means... some won't give trouble, I guess?  Or maybe I'm just getting better at it.

(The Judge who comes with the Hasbro Pulse exclusive Pit Of Judgement set, back up for preorder currently, comes completely pre-assembled, if you're looking to avoid this situation.) 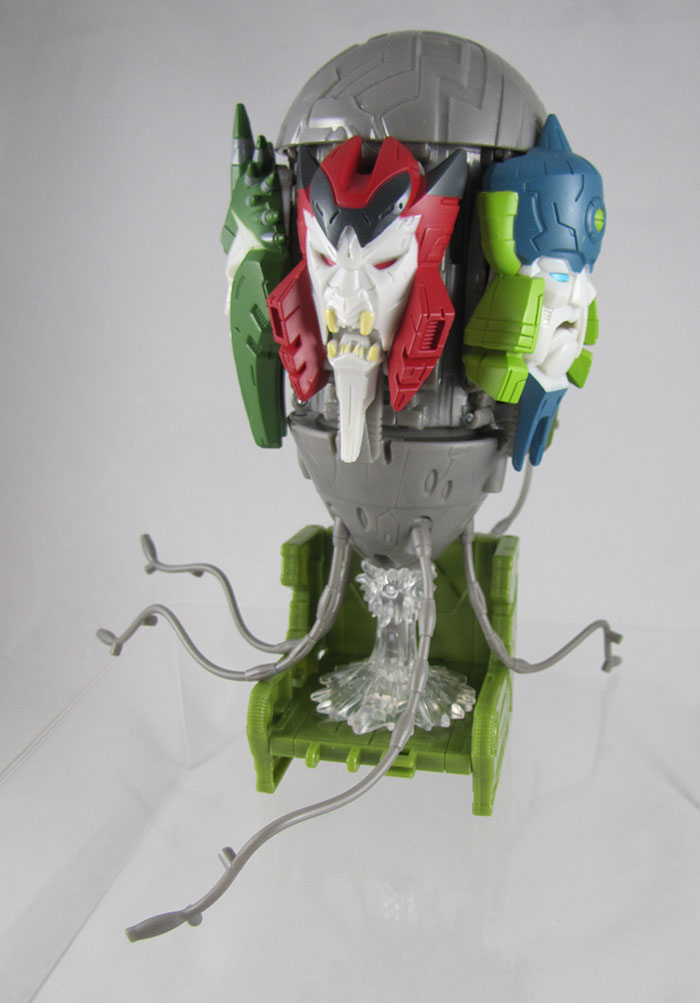 Anyway!  Judge!  He judges.  Press a lever on his back and his heads rotate a click around.  That's all anybody wanted, and the toy delivers.

Plus he comes with a chair.

I love toys that come with chairs.