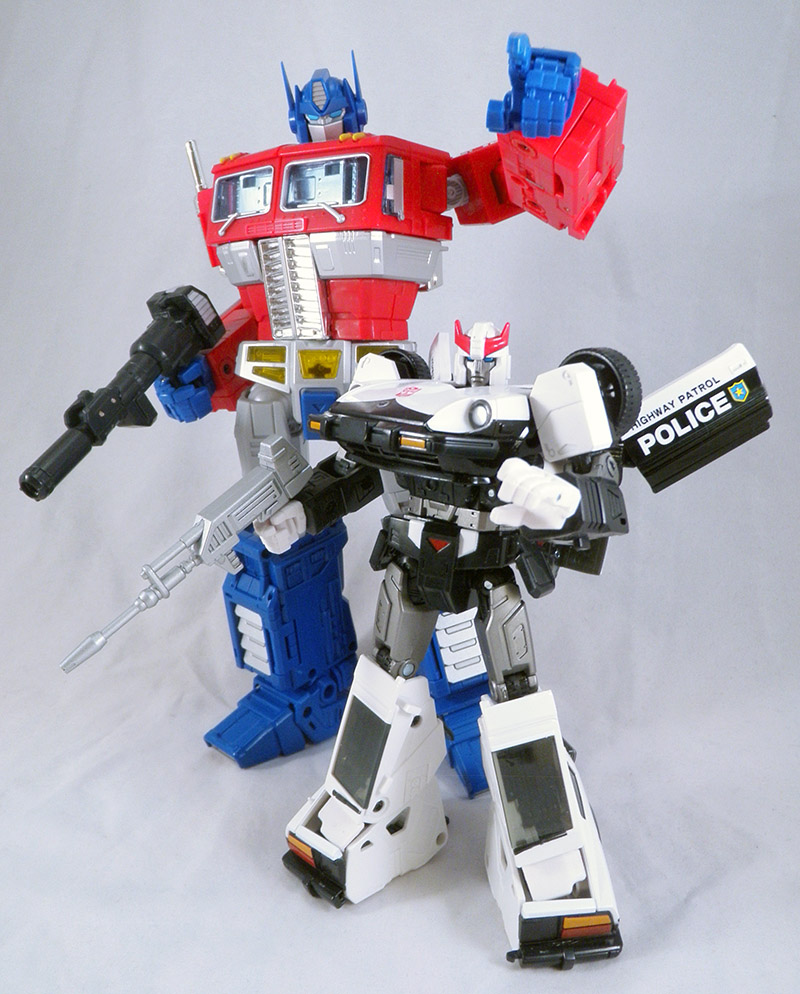 I was pretty fine skipping MP Sideswipe, because, really, who the hell is Sideswipe?  He's only a popular guy because 1) he's from 1984 and 2) he's red.  He's kind of the Default Autobot.  (Now, put him in G2 colors and we'll talk.)  But I don't think I can pass up on Prowl.

Like Ravage and Buzzsaw, Prowl is one of those dudes I just like a whole bunch, and feel I should own a "Masterpiece" version of.  Much like Sideswipe, he didn't do much of note for years, but he finally distinguished himself in the very late Generation 1 years in the Marvel comic, where he started appearing again because he had an Action Master toy to sell.  Here, he was strict, by-the-book, and was an amazingly self-righteous prick.  And I gobbled this the hell up, because this was pretty outstanding characterization for an Autobot back in the day.  Other than Grimlock, Autobots tended to be pretty nice.  But Prowl was not.  He was selfish and had an inflated view of his own importance.  He was kind of like Dwight from The Office -- very good at his own actual job, but his inability to connect with others and lack of charisma kept him from rising as far in the ranks as he'd like.  And this really infuriated him. 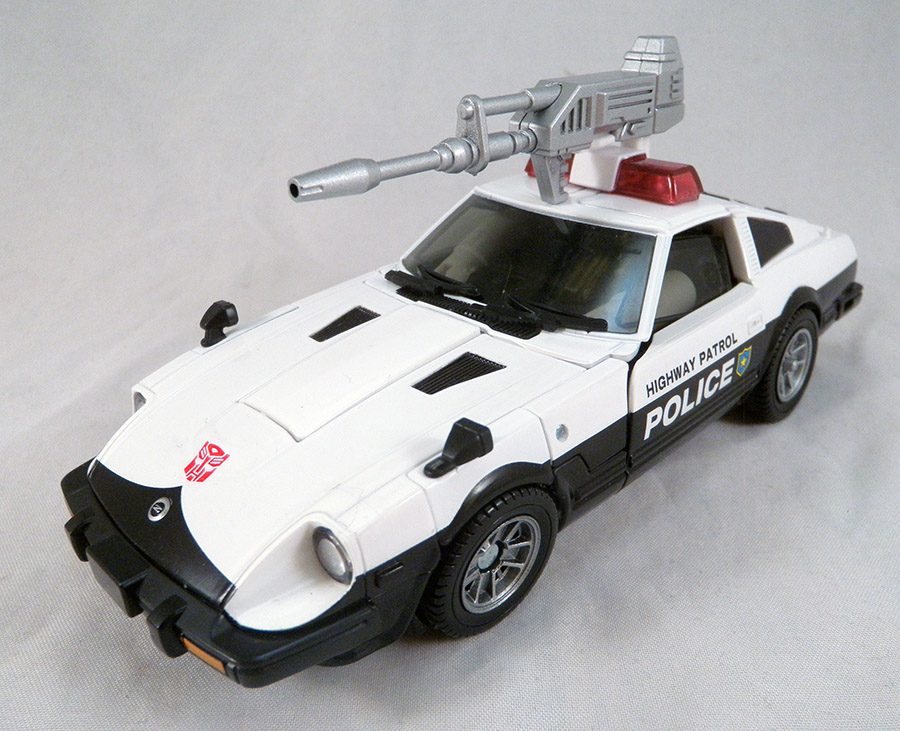 I'm very happy the current IDW comics have taken this version of Prowl and ran with it.  If Prowl isn't just a little bit of a jerk, he doesn't feel like Prowl to me.  And while Prowl is indeed a super jerk, it's also nice when he's also right.  He is indeed a by-the-book strategist, a mechanoid run by logic -- kind of a heroic counterpart to Shockwave -- and Prowl's correct when he sees his fellow Autobots championing the more bloodthirsty and reckless amongst their ranks and is disgusted.  But Prowl's just as interested in justifying his means as they are, just from a different angle.

(The cartoon Prowl was basically a non-entity, meanwhile.   It's part of why this Masterpiece toy doesn't COME with anything wacky like much of the other Masterpieces have.  He was not terribly noteable.)

So I'm happy to report that this Masterpiece toy is pretty great!  There are two kinds of Masterpiece toys -- the ones that I want to smash a little with a hammer and the ones that are complicated but not infuriating.  Prowl is thankfully one of the latter!  In fact, I'd say he's less infuriating to transform than both the recentish Universe toy and his more-recent Beast Hunters toy.  He's certainly more involved than either of them, but he doesn't require the harrowing fiddliness they require.  There's no going back and trying to get panels to line up better because you didn't fit something inside the right way. 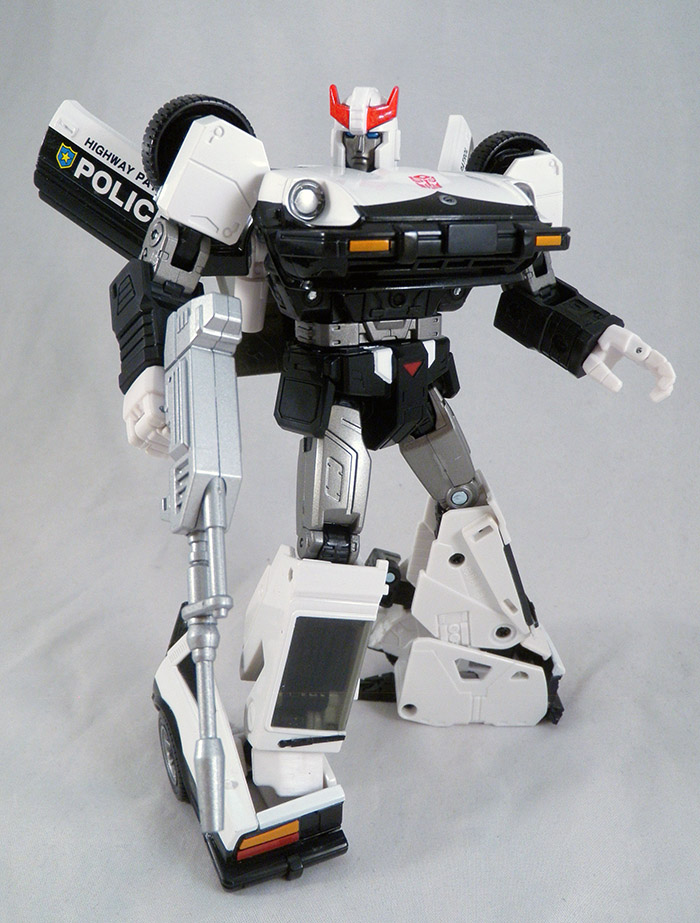 And unlike many similar toys which have trouble getting the arm assembly down and out and around the hood during transformation, his arm assembly is pretty no-nonsense.  The whole damn thing just swings down and out of the way first-thing.  Nothing pops off during transformation and nothing ever tries to occupy the same space as the rest of him.  His feet are a much-more complex version of the Universe toy's, but, again, not in a way that will cause frustration.  There's just more steps.

Prowl's Masterpiece toy is sized based on his robot height relative to Optimus Prime's in the television show.  It's sort of a nonsensical scale beyond that (he'd be much smaller if their vehicle modes were in scale) but I like that it is a purposeful scale of some stripe.  Him being much smaller in general makes me happy.  I don't have Sideswipe, and so most of the Masterpiece toys I have currently are all basically about the same size.  It's nice to have some height variance.  I like height variance.  It makes the Masterpiece line come alive to me.