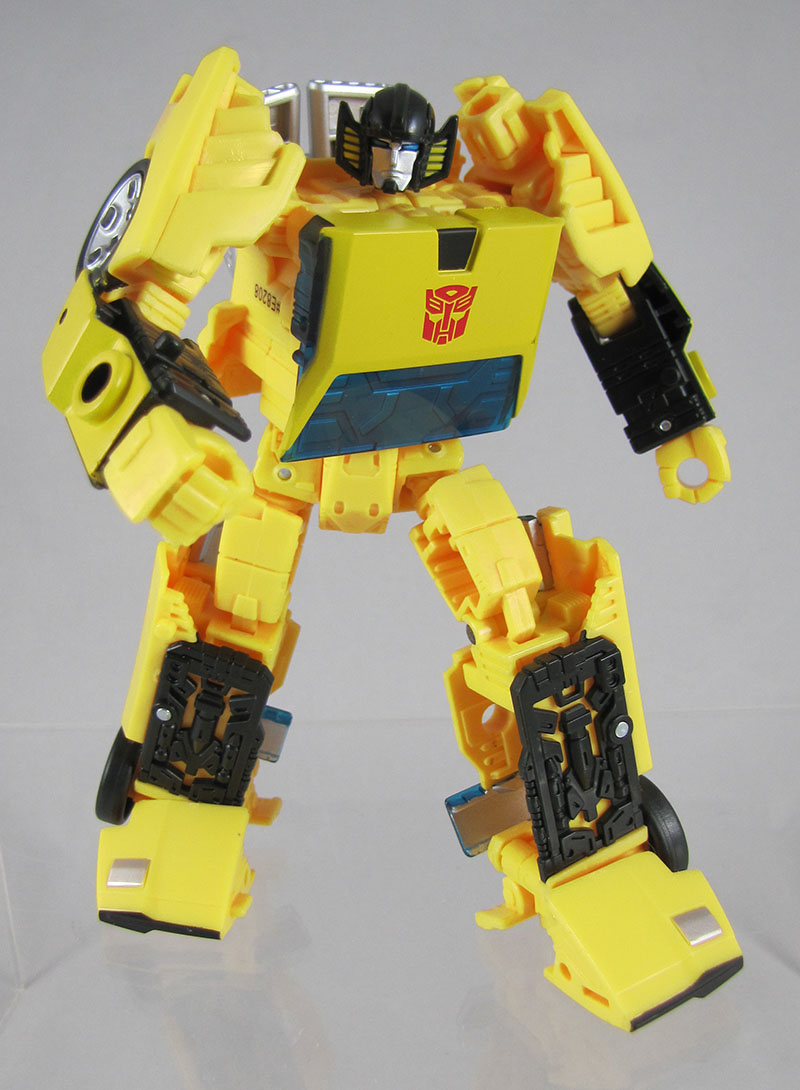 It's Sunstreaker!  You know, Sideswipe's brother (because they both transform into Lamborghinis and so I guess that's how being a brother in Robotworld works)!  Also known as the first Transformer to be designed, back in the day?  He was #1.  These days, they wait to do him whenever because Sideswipe is more popular (he's red!!!), and since they both transform into the same thing, Sideswipe gets priority.

But here he is, in Earthrise, a year later after Sideswipe got released in Stege.  You avoid the alt-mode overlap that way, but in Earthrise, there's another kind of overlap.  Both Wheeljack and Runamuck transform essentially the same way!  They all get hood feet and roof chests.  You could easily just make one toy and swap out heads and deco to get reasonably faithful versions of all of them. 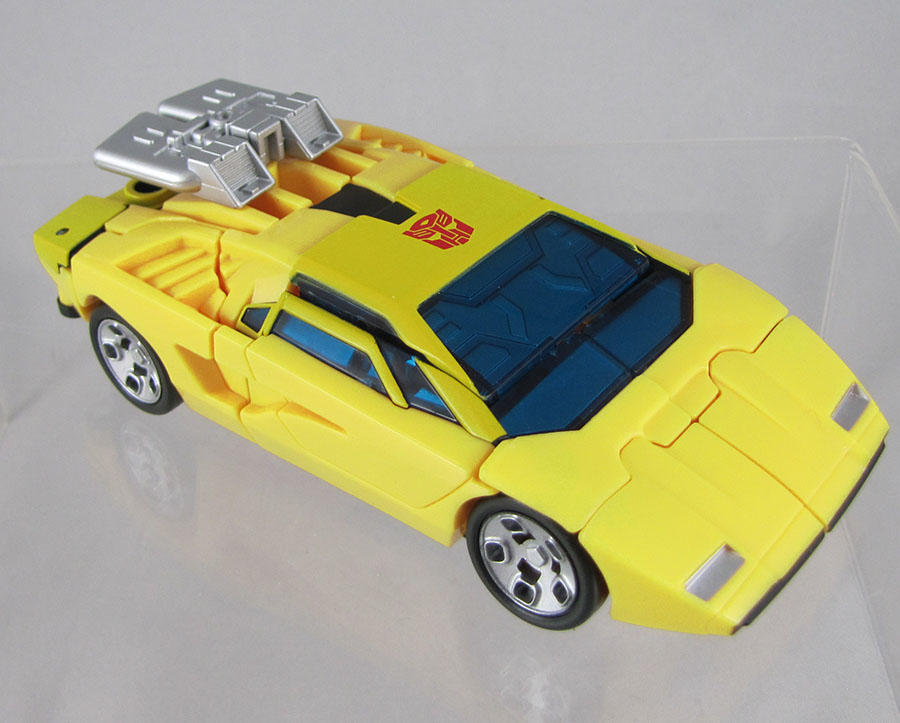 HOWEVER, Sunstreaker is entirely new!  .....he's.... extremely similar to Wheeljack, to the point that they essentially share engineering, but the two share zero parts.  Both have an empty torso box that you flip the head into, both put their car roofs on a lever that you rotate around the torso during transformation, both wrap their arms around the back of the car mode (though in different directions), both telescope out their legs the same way...  They feel like the same toy, even though they are not.

(Runamuck, meanwhile, is absolutely different engineering up and down)

A fun thing about Sunstreaker is that instead of rotating his feet around for robot mode, his feet are sculpted and painted to look like car hood on both sides.  Saves you a step and some engineering, I guess! 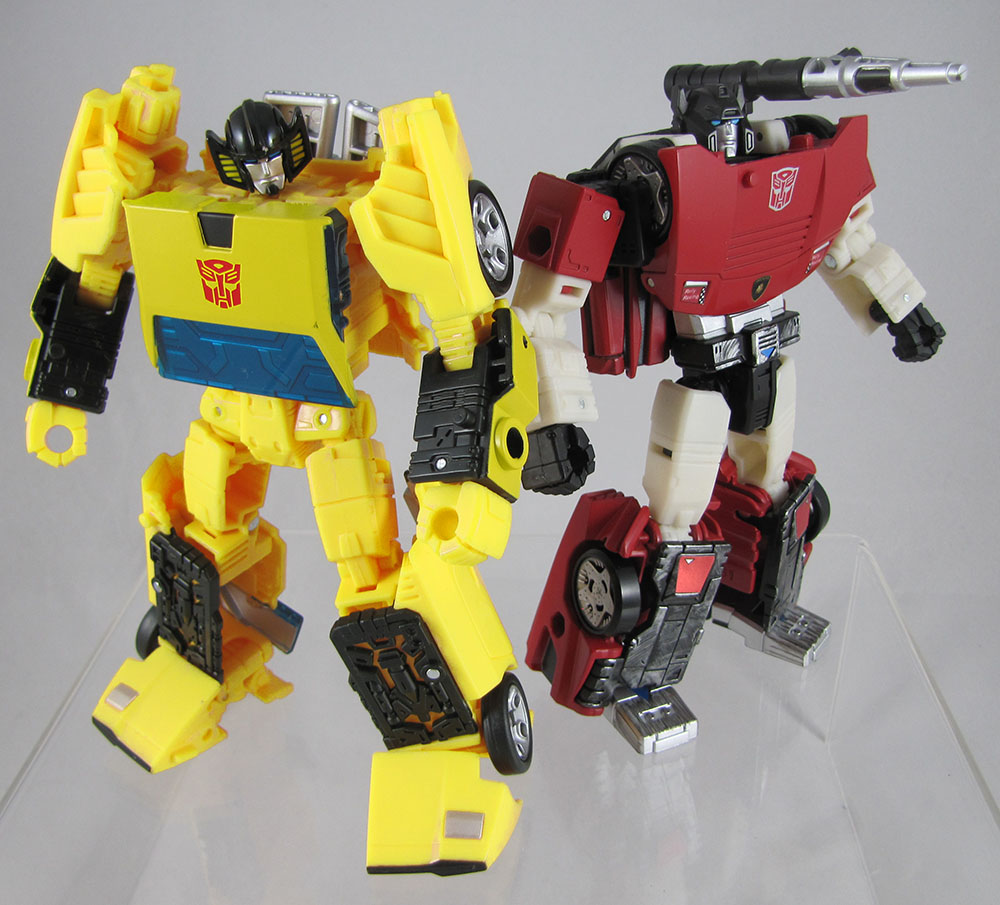 A less fun thing about Sunstreaker is that, unlike Sideswipe, his car mode isn't entirely painted.  This means only his translucent plastic parts get painted yellow to match his yellow plastic, and so he isn't as coherent as Sideswipe is.  Photography of Sunstreaker drastically exaggerates the difference between paint and plastic in person, to the point where you honestly don't notice that there is a difference most of the time.  But put Sunstreaker in front of a camera, and his yellow plastic and paint contrast flares up like this is They Live or something.  Keep Sunstreaker away from cameras!

Which would seriously bum Sunstreaker out.  Dude's vain.