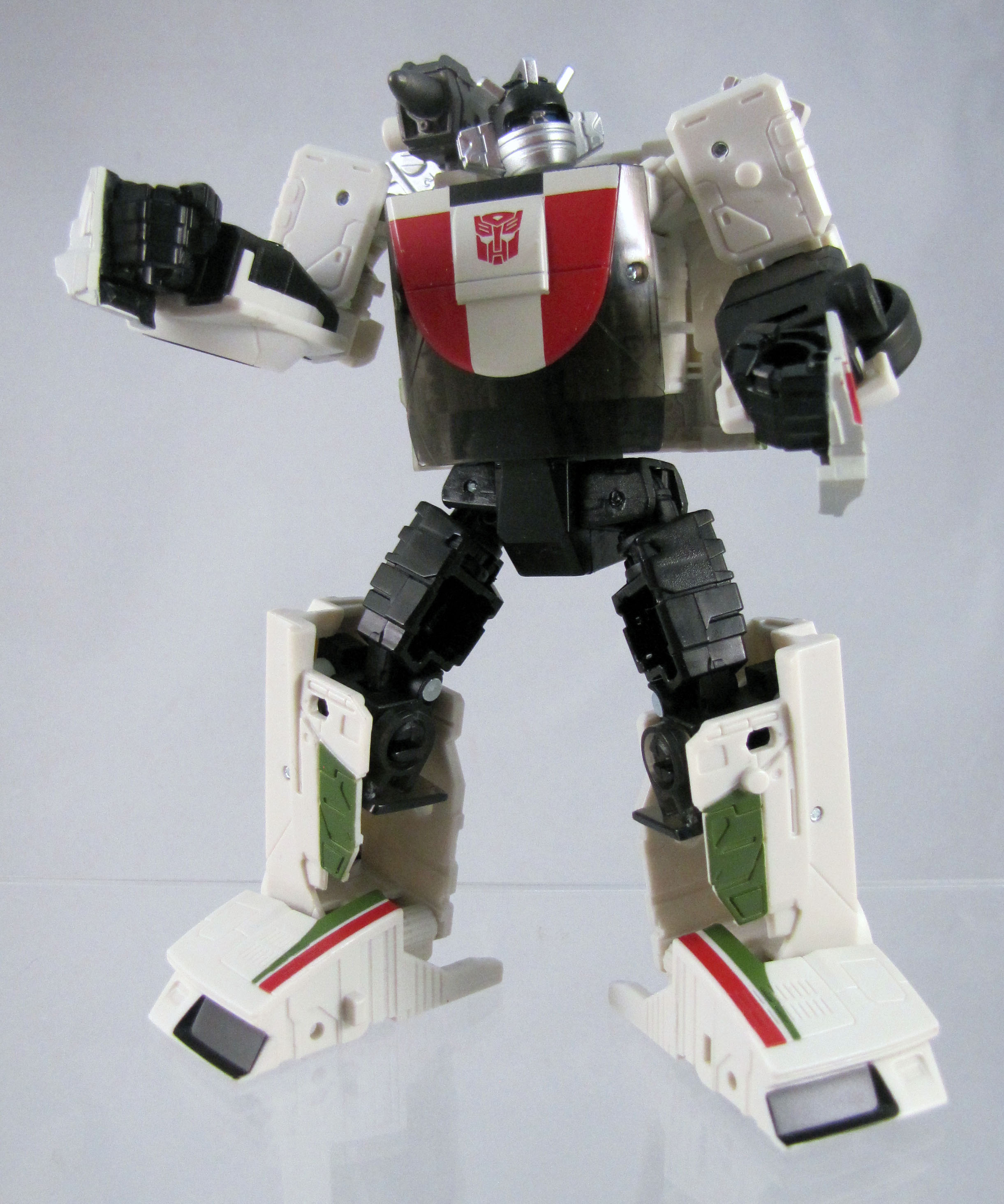 EarthRiseEarthrise Wheeljack is like that!  He looks like a smaller toy of Masterpiece Wheeljack, but he's really not.  He just wants to look like the same source material.  And so he has similar proportions and colors, and he transforms into the same box with a dome, but he doesn't feel like he takes home any lessons in particular from the Masterpiece.  Heck, his arms pull out of the back of the car mode in a completely different way.  His torso transforms (so that parts are facing the right way) in a much simpler, elegant way than, you know, turning inside out as per usual.

In that way, it's a pretty satisfying Wheeljack toy!  He... looks like Wheeljack.  And handling him doesn't disprove the existence of a benevolent god.  (that's jetfire's job)

The first Deluxe Class G1-style Wheeljack toy came out in... what, 2011?  Dang, 9 years ago.  In between then and now there was also the Combiner Wars Deluxe.  Neither have something that's very important to me: rally deco.  I want sponsor logos!  And so regardless of how I feel about the rest of this new Wheeljack, the fact that he has doors covered in tiny fake sponsor logos makes him the best one.  The red hubcaps don't hurt, either. 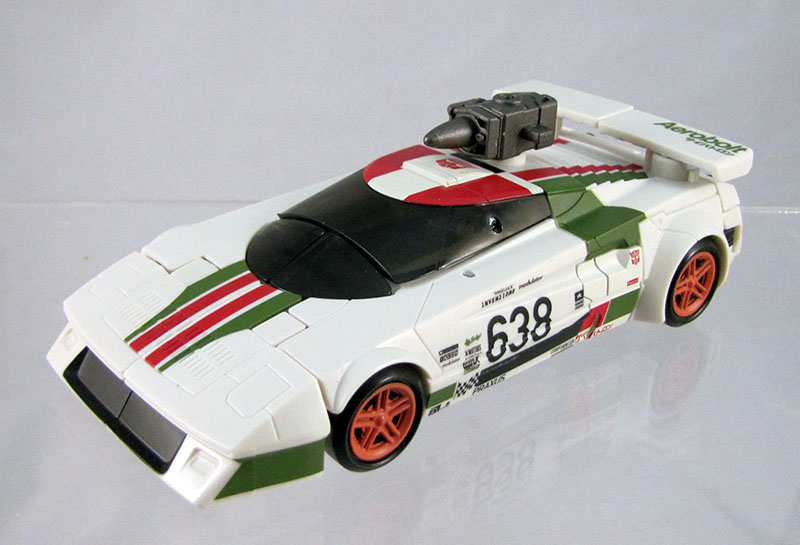 It has sponsor logos.