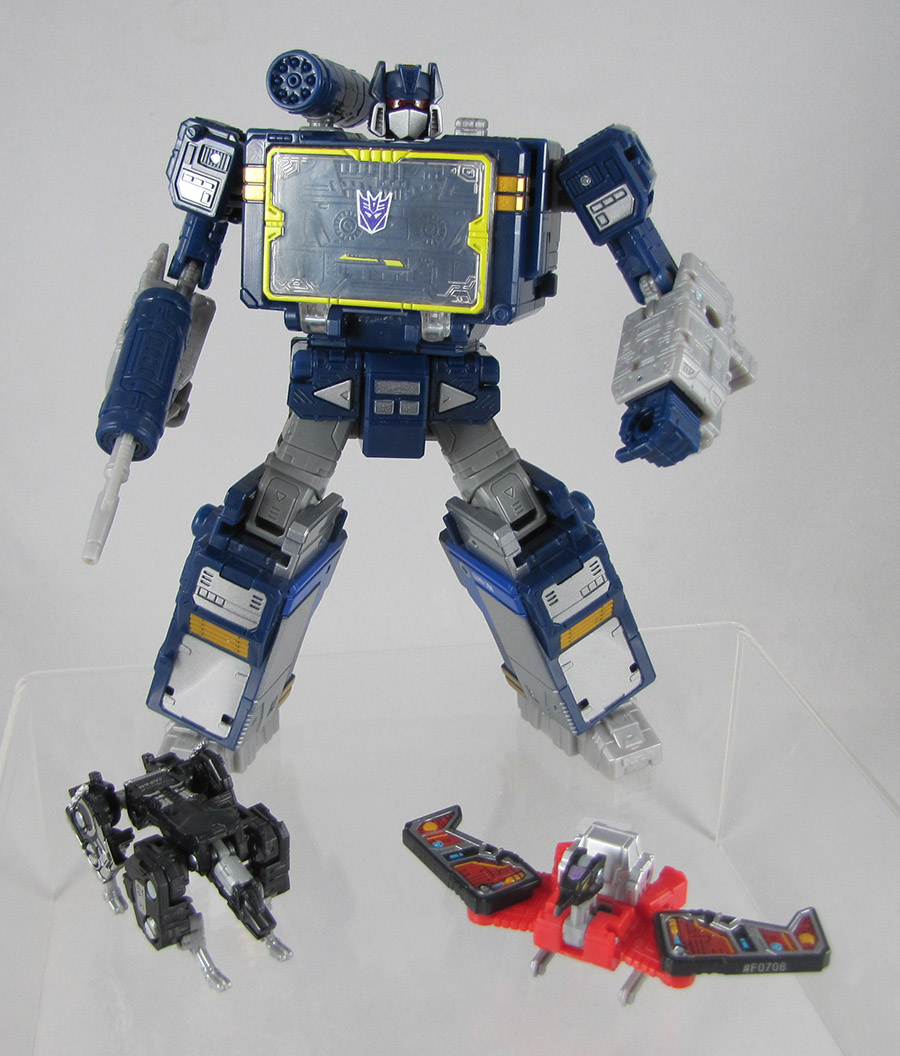 Some of Stege was a little too stegey, y'know?  Just so much molded surface detail that they looked like a popcorn ceiling all over.  Many toys escaped that look, but some did not.  For example.... Stege Soundwave.  Sure, he transformed into a sci-fi drop ship which kinda looked like Soundwave's robot mode taking a nap, but honestly his worst quality was that he looked like a gravel road.  Just, like, entirely too much detail.  He looked like somebody loaded up an image of cartoon Soundwave into Photoshop and just hit the "Add Noise" filter like 30 times. 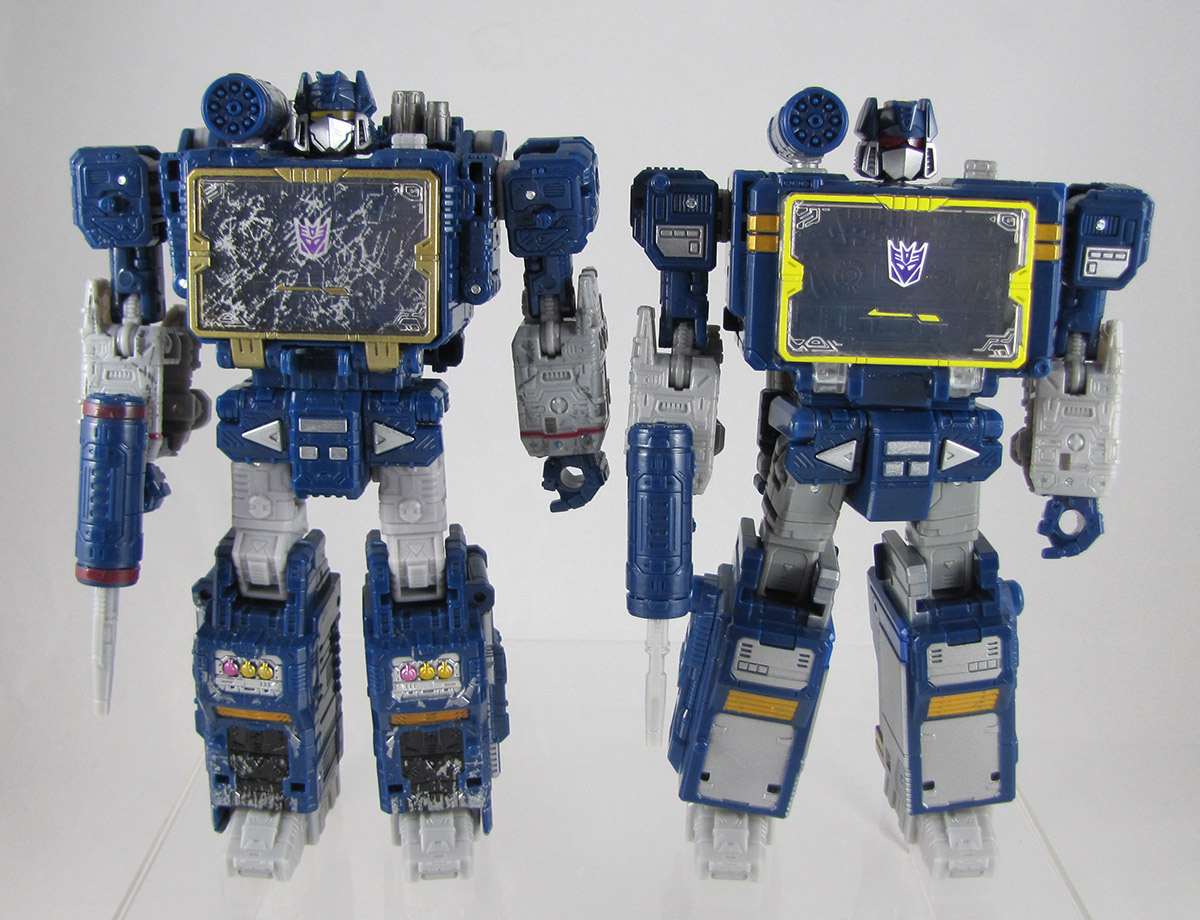 Which is a huge reason why I'm more into the new Walmart exclusive Netflix Soundwave, which really exists as an excuse for Hasbro to retool Stege Soundwave into a version of himself that can become a microcassette recorder again.  But they removed a lot of the steginess and replaced them with new parts that aren't so greebly, and now he's not nearly so much of an eyesore.  I mean, the parts that are left unretooled, like his forearms, kind of stand out a bit amongst the new parts, but that's honestly fine because what was so bad about the greebly was that it was uniformly greebly EVERYWHERE.  So if it's just on his arms or whatever, that's an improvement, even if it sticks out. 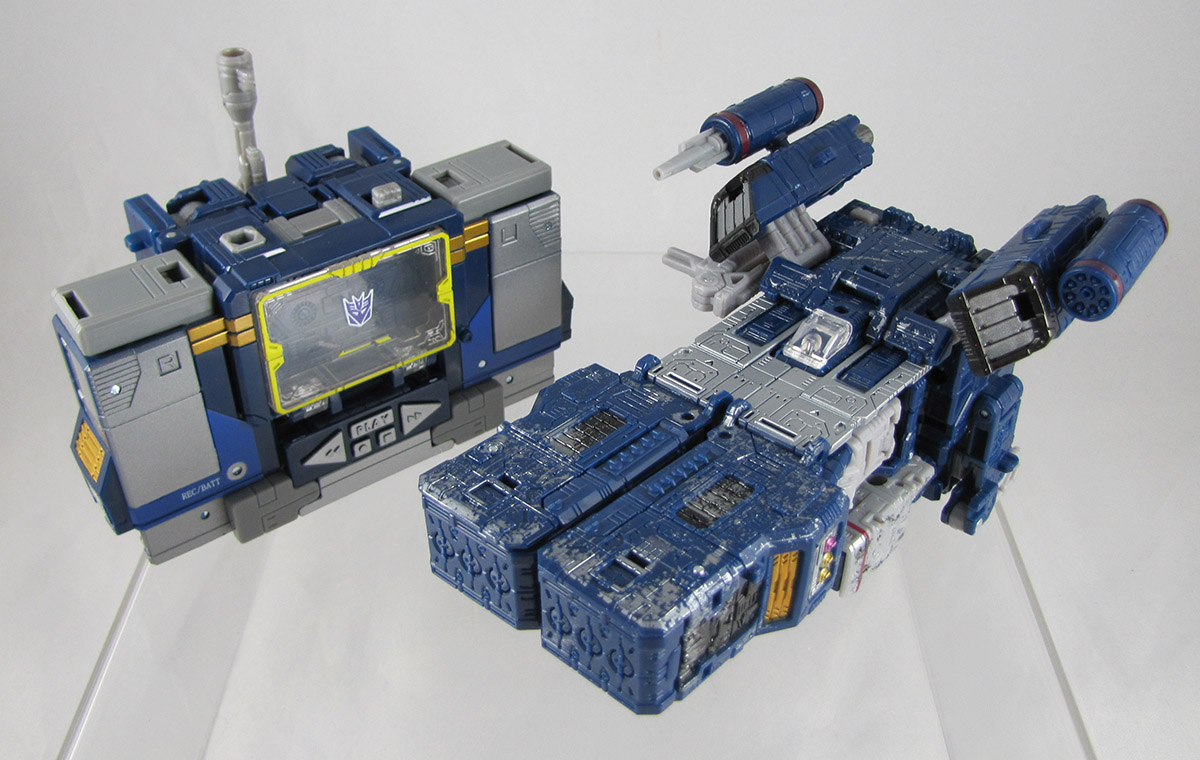 Anyway, yeah, Soundwave's a tape deck (microcassette recorder) again.  He comes with Laserbeak and Ravage, who also have a small bit of retooling and some updated deco.  Both get new heads -- Laserbeak gets an Earth condor head instead of his Cybertronian head, while Ravage gets the same head design but snarling.  Laserbeak gets more paint on his wings, while Ravage has his microcassette tape detail painted on him.  I collect Ravages, so I was kinda stuck getting this set regardless, even though I'm happy to have the less Stegey Soundwave.

He does have the cartoon red eyes now instead of my preferred yellow toy/Marvel eyes, but I might be able to swap those.  We'll see.