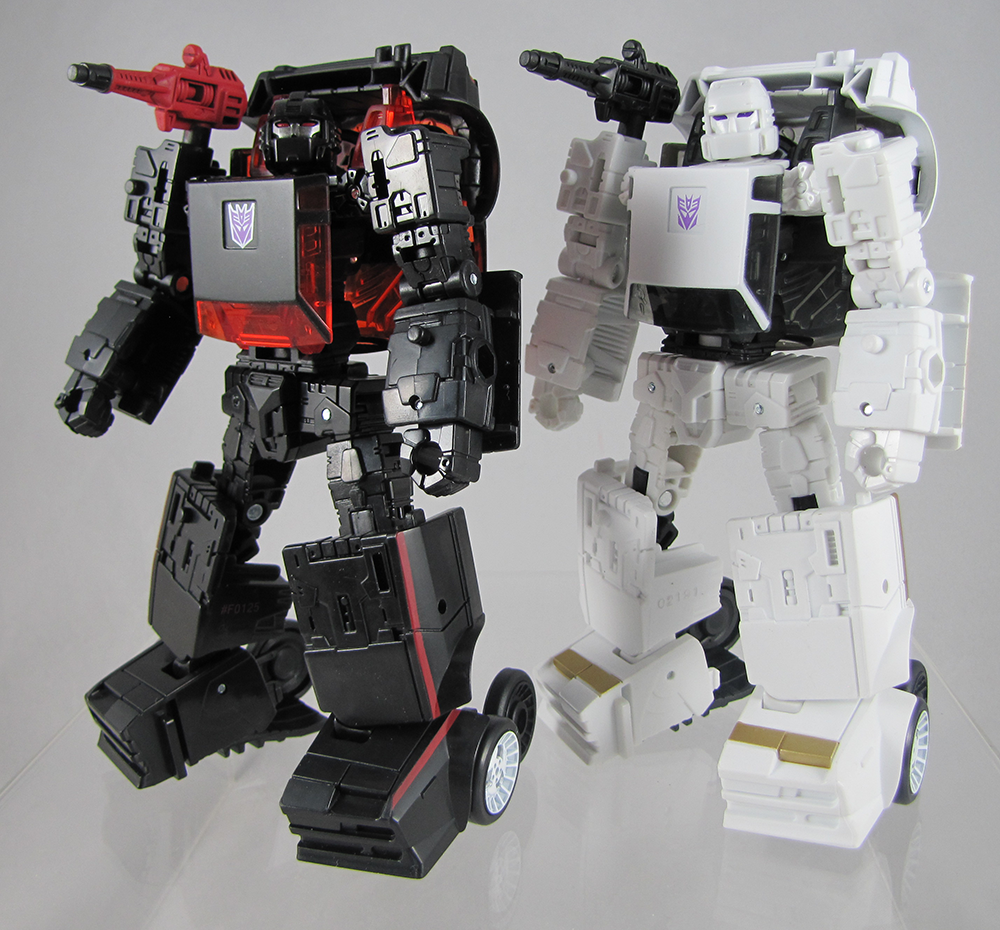 Those of you trying to remember who's Runamuck and who's Runabout, RunaBout is the Black one.  It's simple!  Keep that in your brain.

Anyway, it feels like six decades ago Hasbro had their last "vote on some stuff to see who we'll make," and we chose Runamuck, and so Hasbro made Runamuck (at regular retail), and they also released Runabout (as a Target exclusive).  They were the two Battlechargers back in 1986, which meant you pulled them back and they raced forward and autotransformed into robot mode.  Y'know, like 1987's Throttlebots but with autotransforming.

Because of this, their robot modes were pretty simple!  The roof of the car flung forward, and there were sort of arms and sort of a face, and both wheels stayed behind on the ground.  They didn't really have arms (just door panels folded out) and so the guns attached on the toys by clipping over their shoulder.

Well, now you can replicate most of this again, just minus the pull-back motor autotransforming!  Runamuck and Runabout's weapons can be held in their hands, sure, but there's also 5mm ports on the tops of their shoulders so you can have them don their weapons like the original toys.  And even the character models drew both sets of wheels behind their feet, and so, yes, these new toys have two sets of wheels behind their feet -- though one set's fake, while the real rear wheels fold behind their torso!  Ridiculous cartoon accuracy isn't just for 1984 characters, my friends!  The Battlechargers are getting in on it, too! 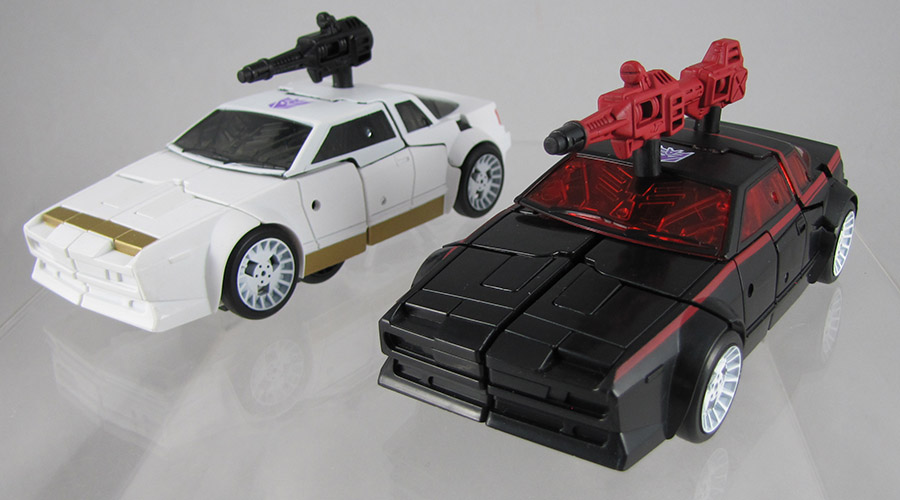 Their transformation(s) are... a little more involved than the other carformers in Stege/Earthrise so far?  Like, they've been finding a nice happy place where transformation isn't super simple but also isn't annoying complex.  Things just go where they're supposed to, easily!  But the Battlechargers kind of throw a small-sized wrench in this trend.  Even forgetting that they have fake roof-chests in robot mode that they... honestly don't seem like they need to have, there's a lot of fiddly manuevering in the robot shoulder area during conversion.  It's not a fun time!  I mean, it's not the worst or anything.  It's just not fun.  The bar has been pretty high for a while, and this kind of whiffs it right below.

Runamuck comes with Runabout's gun.  Runabout comes with... both of their guns, which combine end-to-end.