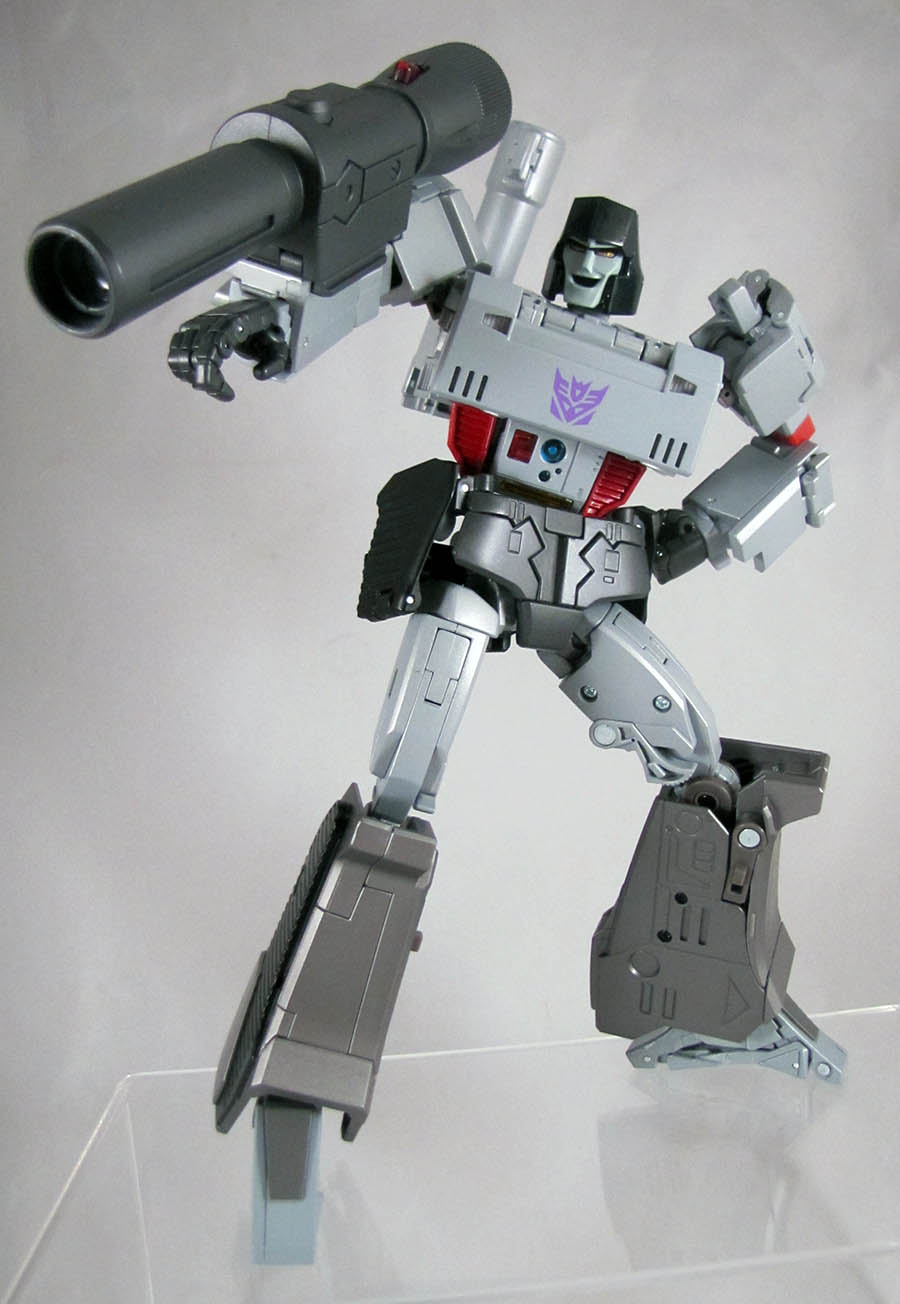 As was my singleminded plan from the start, I customized my Masterpiece Megatron to appear more like his color scheme in the original Marvel comics.  I mean, that's why I bought this guy, really, so my customized Masterpiece Marvel Ratchet would have a sparring buddy.

First I cracked open his faces to paint his eyes yellow.  ... Well, gold.  I was leaving most of Megatron's colors unaltered, and he's a very rich and sparkly gray, so I figured gold would mesh with that better than primary yellow.  Thankfully, on each of Megatron's swappable faces, Megatron's eyes are on a separate piece from the rest of his face.  This piece is a real doozy to remove.  It pulls out like a slotted battery cover, if that battery cover were also pegged in and not meant to ever be removed.  And so I had to violently crowbar it out with the smallest flathead screwdriver I had.  The back of these faces is a hacked-up mess.  A mess you'll never see since it's behind the face and inside the head when assembled, but a mess nonetheless.  And the gold paint would often scrape off the eyes as I squeezed the eye-piece back in, and so sometimes I'd have to crowbar it back out again and repaint and retry. 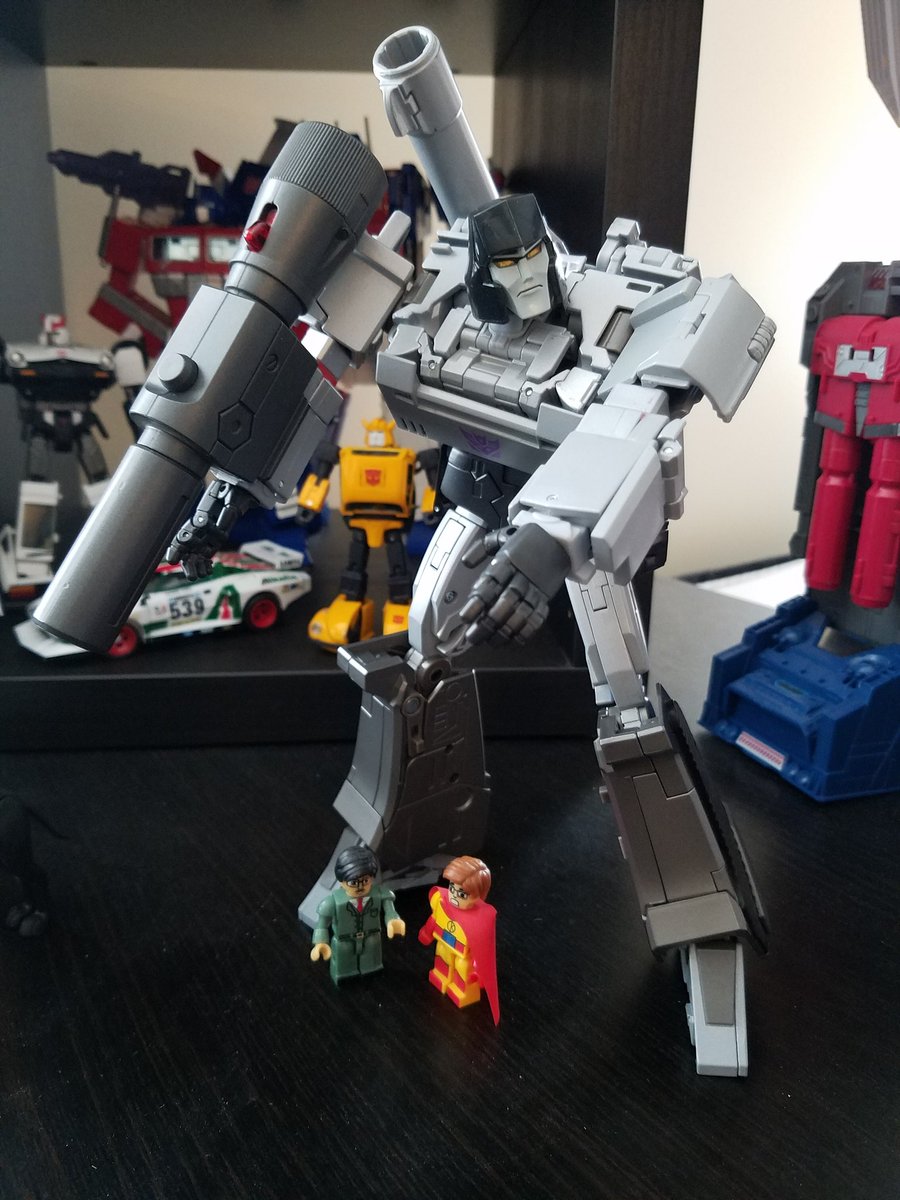 Compared to that, the rest of my customizations were a breeze.  I got a big flat brush and painted Megatron's helmet gunmetal.  The gunmetal acrylic I used is a little shinier than the dark gray on the rest of the toy, but I'd never be able to match that in a million years -- it's speckly and textured paint.  It's close enough at a glance, however.  This process was relatively easy because you could remove the face to paint most of the helmet, which considerably lowers your chances of accidentally getting paint on the face.  You still have to paint each face's forehead, but that's way less surface area to need to be exceedingly careful with.

And finally, I painted his outward ab sections red.  Just red. There doesn't seem to be any gloss (non-transparent) acrylic reds from brands I recognize, so I just got a regular red off Amazon.  I have a flat red, but I wanted it as shiny as possible.  While painting, I transformed Megatron's many torso shards out of the way so I could have as unobscured a view of the parts I wanted to paint as possible. 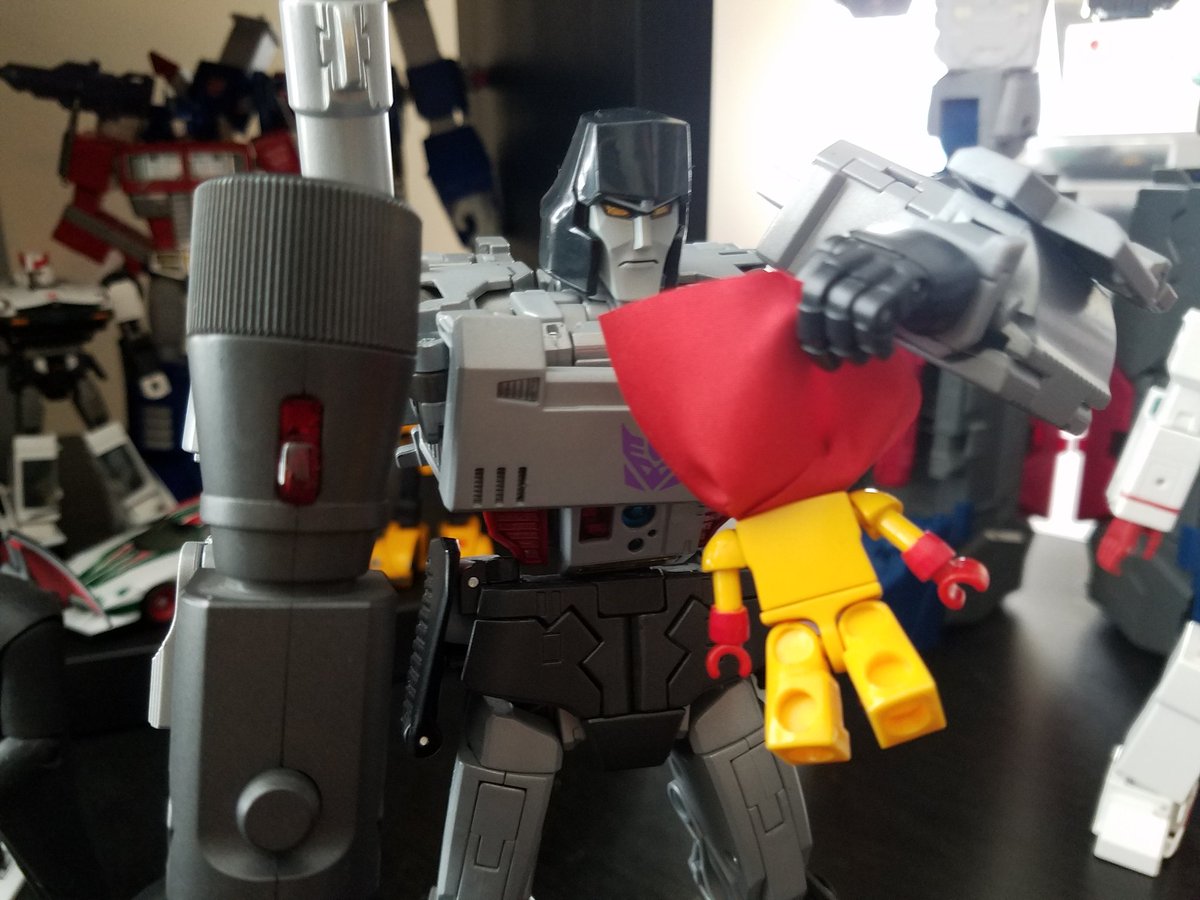 The comics also painted his gun barrel a medium blue, which was probably supposed to be a medium gray, but 1) this was never colored consistently and 2) I'd DEFINITELY never get the silencer attachment on again with fucking everything up, so no thanks.  Another detail I didn't bother with is moving his Decepticon chest symbol over a little to his right.  I'd never be able to match the gray, and they'd stopped off-centering his logo eventually anyway, as it was based on a bad perspective error on his model sheet which the artists seem to have eventually figured out. 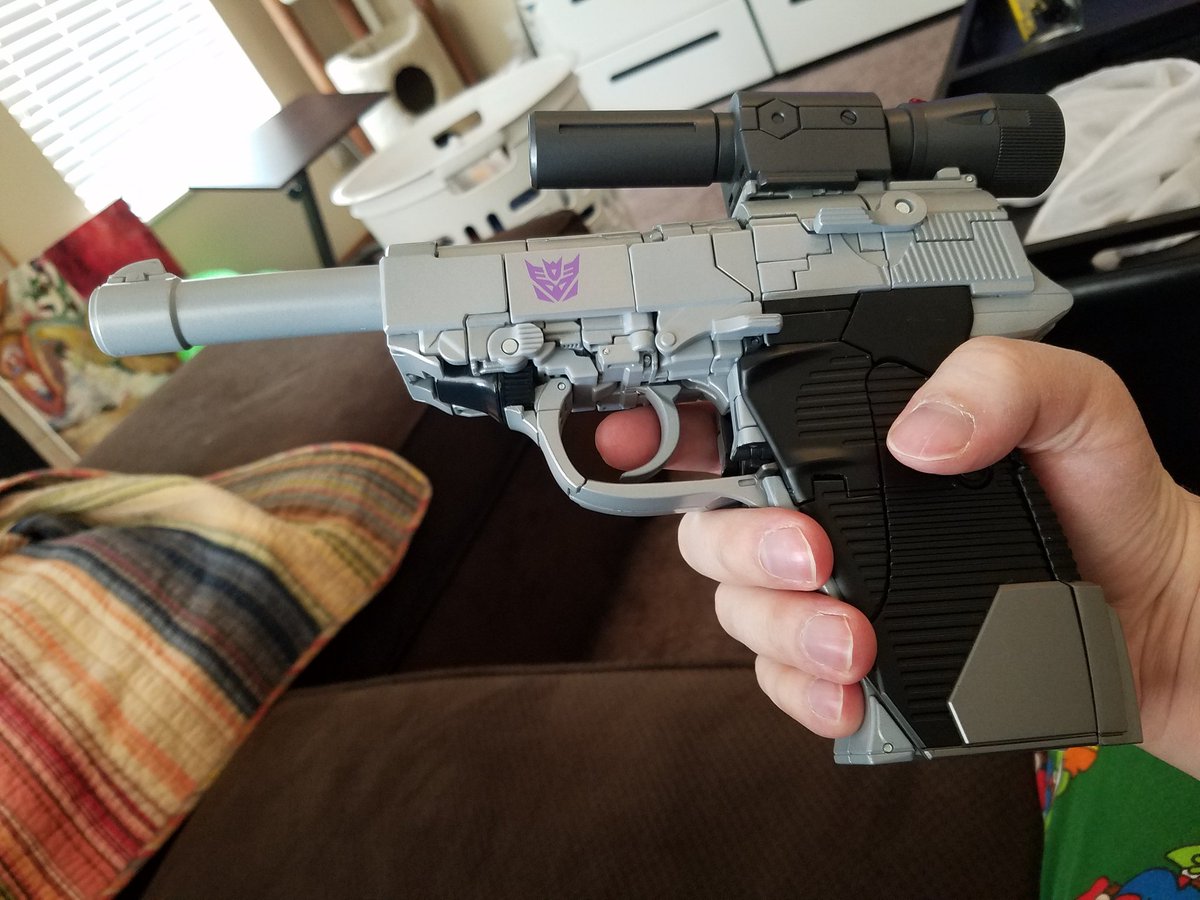 He still transforms.  I checked.  And, really, the parts I painted seem to be more safe from scraping than the factory applied paint he came with.  There's more clearance around his helmet and his ab slabs than on, say, his barrel and silencer.  My modifications just mean there's a strange black area just in front of the trigger guard.