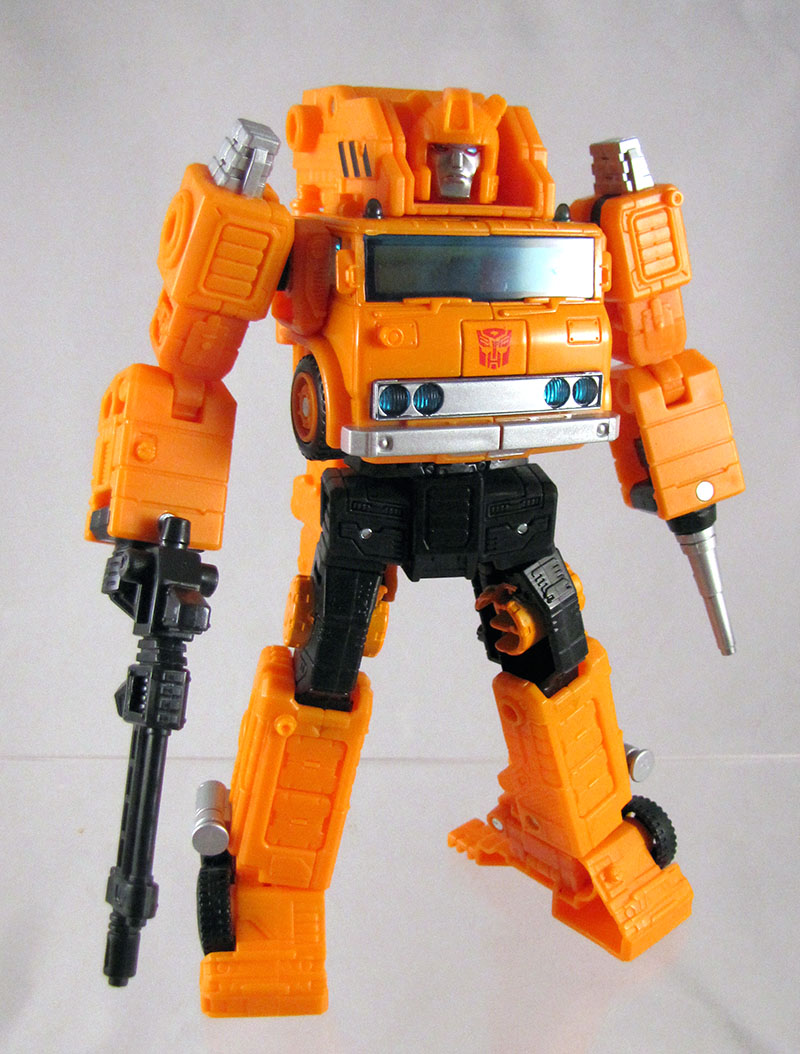 Yo, if you've got any familiarity with the original Grapple toy, dang is EarthRise Grapple gonna feel like some dejavu!   In ways more than other retreads, he feels solidly like "this 1980s guy but with joints."  He transforms basically identically, but now there's knees.  And because Grapple's cartoon model was designed in 1985, he's gonna look pretty much just like his original toy, too!  Due to Circumstances, there is not a lot new here.

And generally, with Stege/EarthRise stuff, things just work so dang well -- executed so simply and flawlessly -- that even though there's (again) that feeling of dejavu, it's all cool!  ... However, Grapple has a big problem. 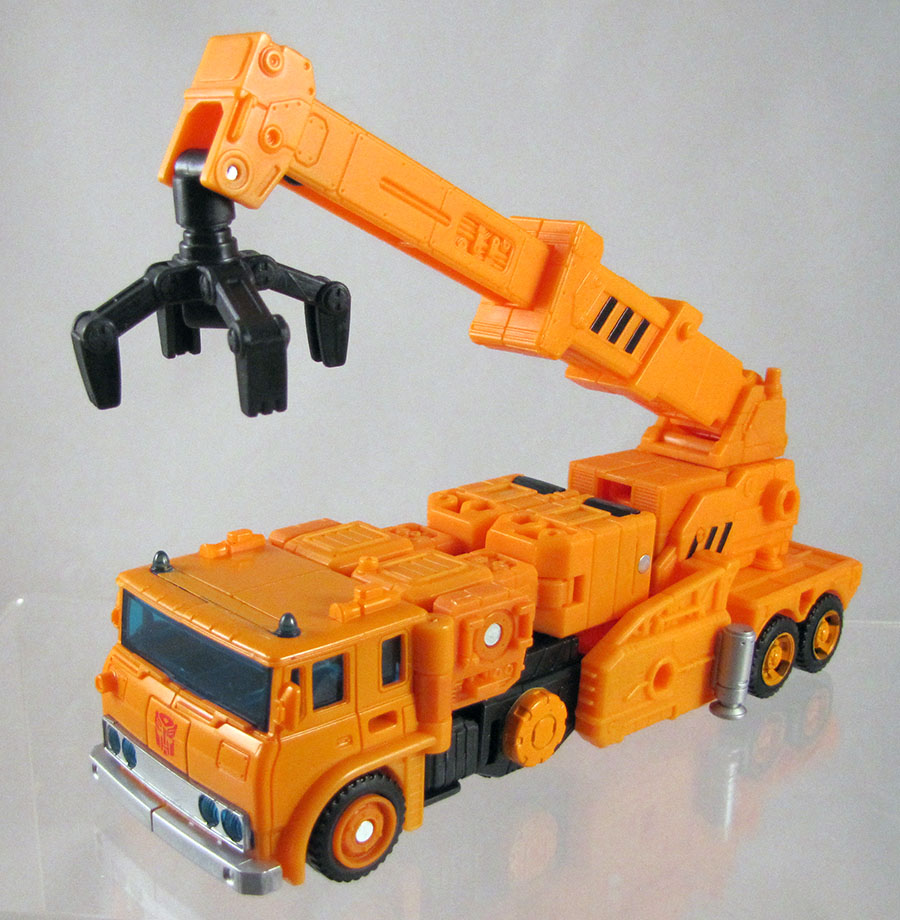 See, he's got some pegs at the back of his head/crane arm that plug into the back of the vehicle/his feet while transforming into crane mode.  But the connections between the pegs and the crane arm are kind of Not Enough and so there's a chance of plugging them into the pegholes for the first time and then ... them tearing off inside the pegholes when you try to untransform him.  Mine has not done this, but the problem was already reported and I was careful and it was still... an... ordeal to get them out.  Just, like, pulling on them as straight and outward as I could, very slowly.  Some folks sand the pegs or the peghole down, some folks just snip the pegs in half.  But this is still a pretty serious oopsie-doodle!  The default of "Stege/EarthRise is boringly G1 but executed really well so it's hard to be mad" has been poked in the eye by this feller. 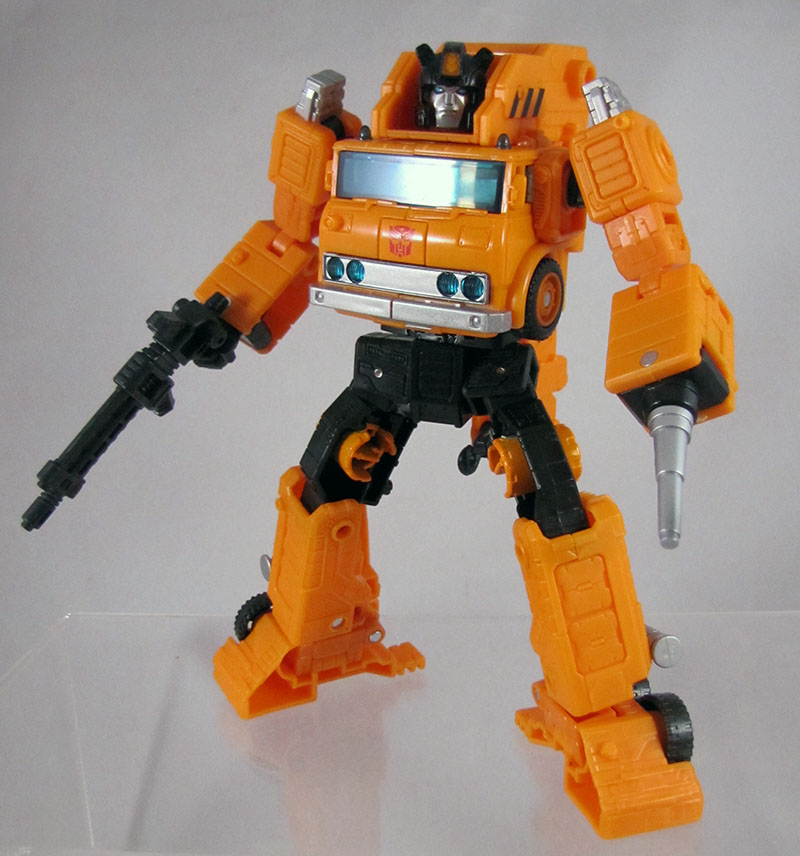 I painted the helmet on my Grapple black.  The all yellow head look from the cartoon IS NOT GOOD.  I fixed it.

Also I had to shave down the pegs on mine as a precaution.

One of those things I shouldn't be expected to do with my stuff.