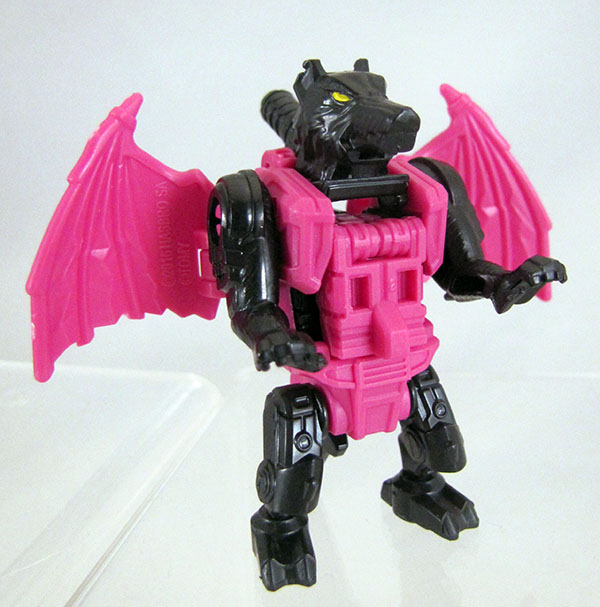 I like Fangry!  I got him at my seventh grade birthday party (at Aladdin's Castle, because this was the Eighties) and then due to obvious pure happenstance he had a few focus scenes in the old Marvel Transformers comic.  He was kinda a pissy, petulant dude who was prone to attacking anyone who tells him what to do, including his own Decepticon commanders.  Probably not a popular guy!

Years later, Beast Machines gave us a toy of Noble Savage, aka "Beast Changer," an organic beast-to-beast Transformer that went from wolf to dragon.  Because transforming only does so much at ten bucks, Beast Changer's wolf mode had dragon wings (though you could remove them).  This made him look uncannily like Fangry, and so often I would pine for that toy to be redecoed as Fangry.  Who cares if he didn't get a robot mode and had a dragon mode instead?  Like, when else would we get a new Fangry toy?  Jump at those opportunities when you're presented them! 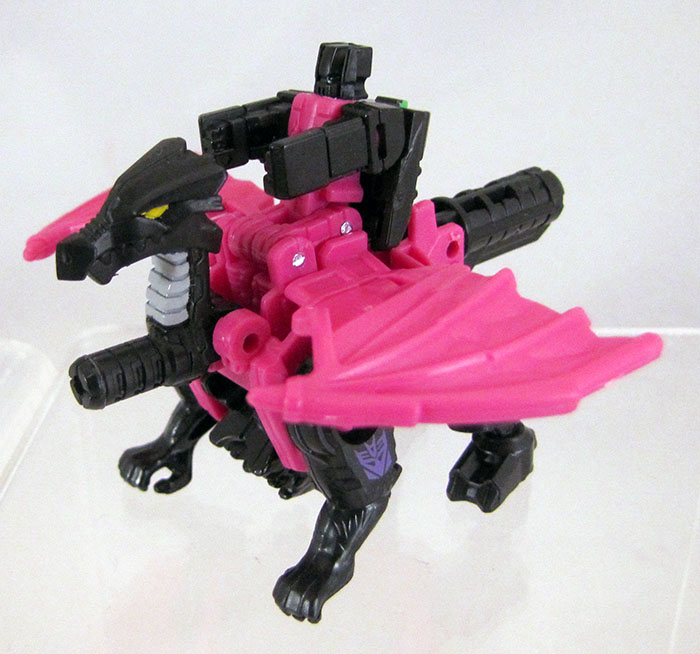 In light of that memory, on purely a personal level, it's kind of freaky that we're getting a new Fangry toy that transforms only from winged wolf to dragon.  There's no robot mode because none of the little Titan Master "vehicles" do.  They're just spare heads that come with little things to ride.  But still, that syncronocity with my Beast Changer Fangry concept presents itself.  Huh.

Because Fangry's Titan Master vehicle transforms from wolfdragon to... regular dragon, that already makes him one of the best Titan Master guys.  Obviously, I'm being very biased here, but the Titan Masters that are beasts are just way better than the vehicle-onlys.  They're the best ones. 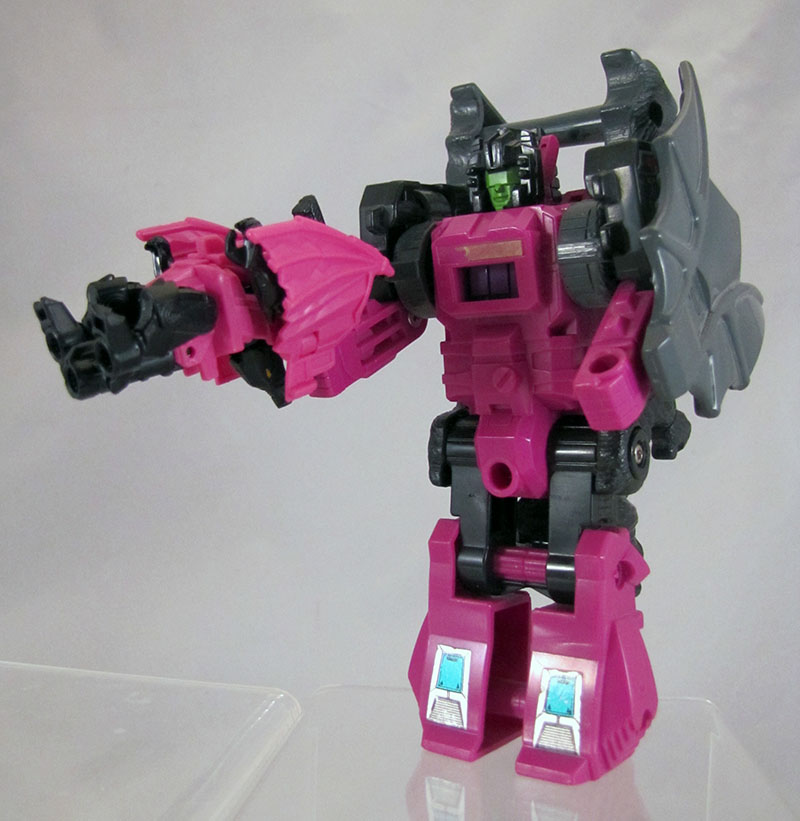 Fangry's winged wolf mode involves shoving the Fangry head into the tummy, filling out what's otherwise an empty gap.  Put together, it's a pretty good tiny version of the original Fangry.  Put Fangry on all fours and swap heads, and you have the dragon mode.  Here, the Fangry head transforms into a little dude who rides the dragon.  You sit him on top and you're done.  There's also a third weapon mode that's meant to be wielded by the larger head-compatible Deluxe, Voyager, and Leader Class toys.  The weapon peg is 5mm, which means the original Fangry can hold himself.