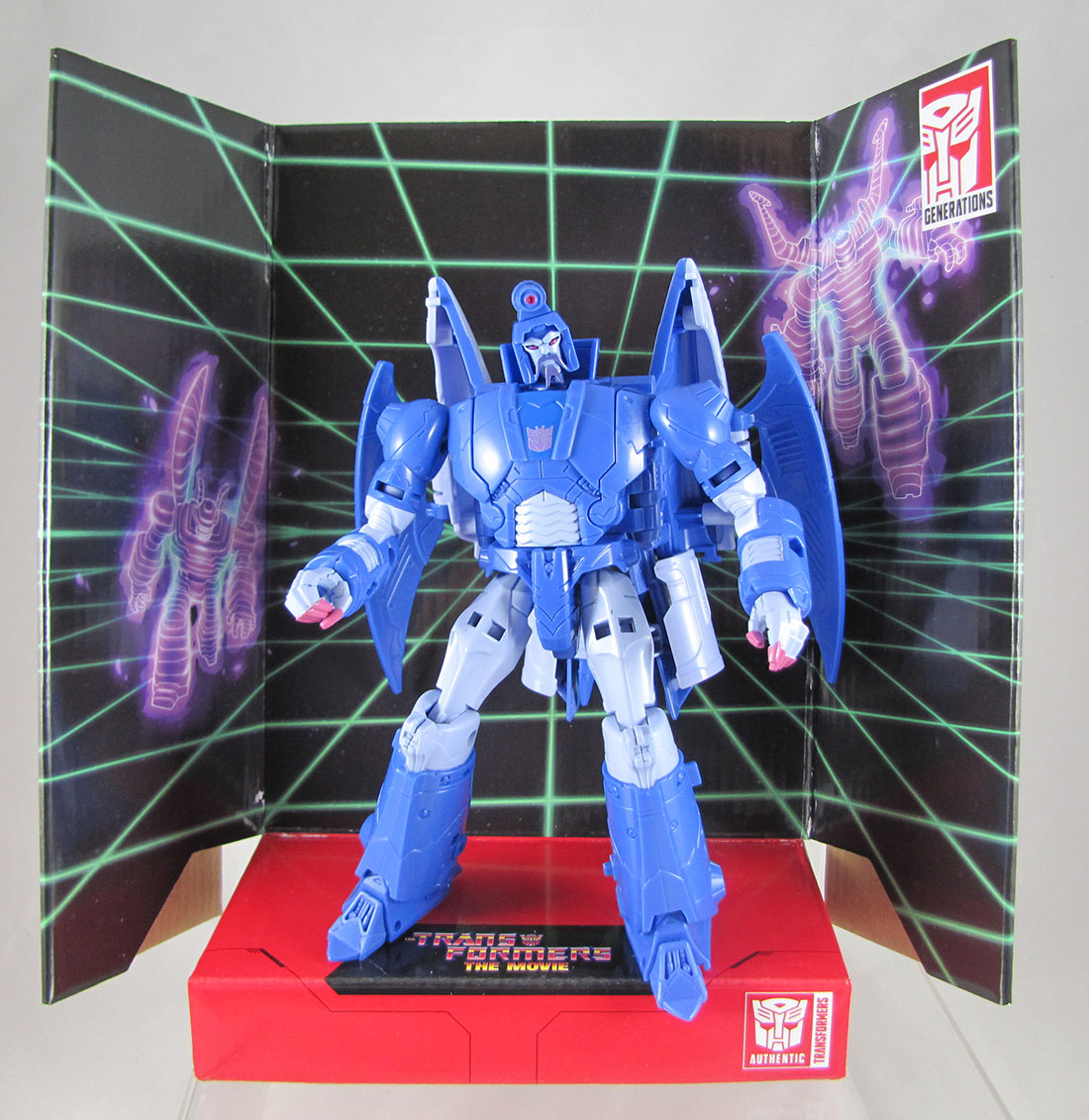 I may be a jaded ol' Transformers fan, but warms even my cold heart to see Hasbro look at their Studio Series stuff and think, okay, we're taking great care to faithfully bring these live-action movie designs to action figures, so what if we extended that to other Transformers?  I mean, it's the sort of thing I'd assume I'd roll my eyes at -- and I do, at first, from a distance, but once in-hand it's hard to argue with the results?

Maybe the important part is who I got my hands on first.  Scourge is pretty different from your usual early-years Transformers design.  His development process was animation design first, then toy, then new upgraded animation design based on that toy.  Scourge stands apart being this... muscular bearded vampire guy who transforms into a bar of soap.  There's always been a lot of compromise between those two modes, since they're largely incompatible.  But in Studio Series, its mission statement seems to be to try VERY VERY HARD to make it work, moreso than usual.

This means he's got a nigh-perfect screen-accurate robot mode.  It feels like they started from that, made sure it wasn't compromised, and then built a vehicle mode around it.  Literally.  Scourge essentially has to be a shellformer, if you're doing any kind of accurate Scourge.  And he has big cape wings, which really says "Hey, I fold inside myself."  So, yeah, lean into that.

Most of his transformation is getting his vehicle mode folded into his cape wings.  Usually Hasbro paints the wing shapes on the inside of the spaceship hull and calls it a day, but they tried to get the actual shape approximated as best as possible, here.  And I appreciate it. 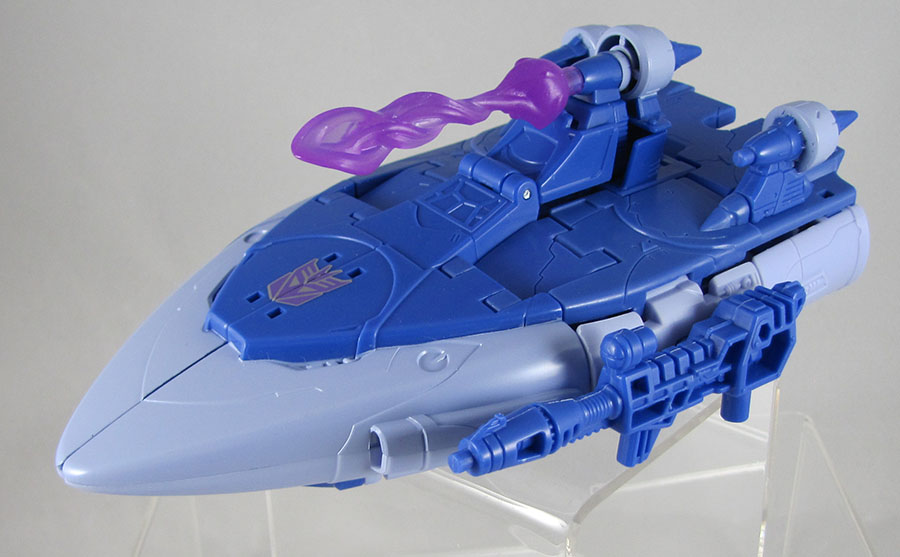 I also appreciate the pink fingernail claws.  I feel like those are an important Scourge visual element that's not always remembered.  And there's this trapezoid on the front of his chest that's painted a slightly different blue than the plastic underneath.  It doesn't show at all in photography, so it's something you can only appreciate in person.  It's a paint operation you'd expect to be left out in the budget because it's an obvious thing to cut if you gotta, but it really adds some great color depth in person.

Finally, there's no point in doing a Scourge toy if you can't have his head pop out of the top of the spaceship soap so he can fly around staring daggers at things.  And this toy can!  So we're all up in this.

Studio Series '86 Scourge is running on all Scourge cylinders.  Even if he's not your particular kink, you have to respect the dedication to the kink.  They set out to make mothereffin' Scourge and by God they friggin' did.