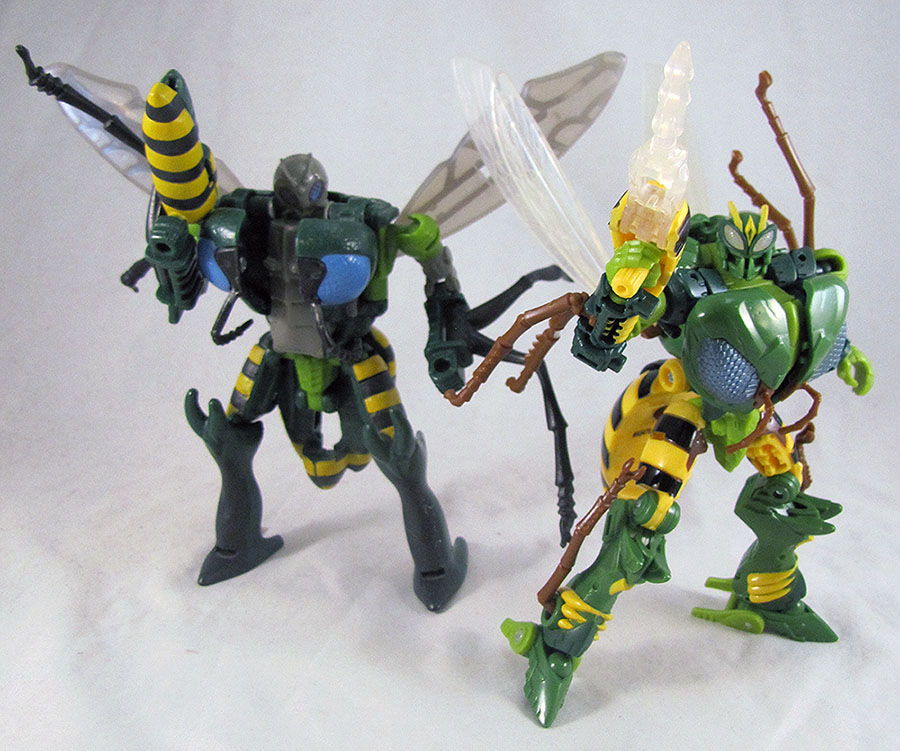 Man, Waspinator is the one guy in this wave of Generations Deluxes that is always hard to find!  He was missing when I got the other three in Austin (no worries, he was bought up by the dude who sent me there), he was the lone member of the wave when I found them yesterday, and there was just one lone Waspy remaining when I finally found him this afternoon.  He's not shortpacked or anything -- there's two of everyone in each case, and most places seemed to have multiple cases.  Folks are just buyin' up Waspinators and leaving everyone else.

When folks learn we're getting new toys of old Beast Wars guys, they often wonder why.  It's an understandable viewpoint if thought about in the abstract -- I mean, usually fans want modern reimaginings of characters who are from Before Articulation, and Waspinator is definitely on the After side of that wavefront.  Usually folks want new toys of old dudes just to get those dudes with articulation, and Waspy's original toy doesn't fall short there. 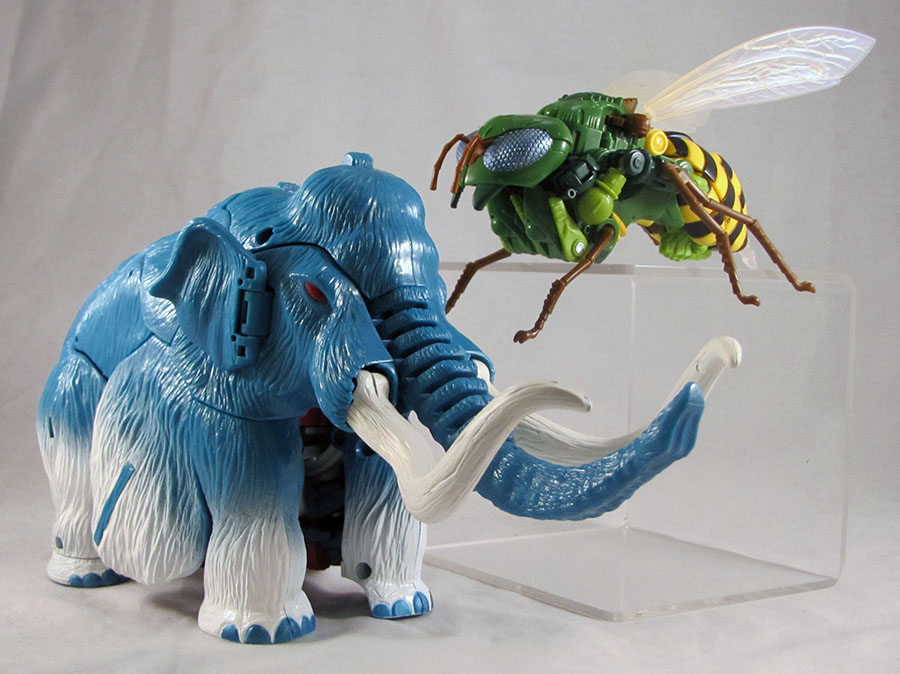 But once you get the original (well, mine's the Japanese release with bright green shoulders instead of pea green) next to the new one, you realize, oh, hey, Hasbro/Takara's gotten a lot better at things that aren't articulation in these past nigh-20 years.  Next to the new Waspinator, old Waspinator looks like someone blindly put him together out of mud.  Increased show-accuracy aside, new Waspy is just much more crisp and solid and visually interesting.  He's got a lot more going on.

Waspinator's lost his spring-loaded missile launching (he still has the stinger gun though) while picking up a wing-flap gimmick.  Pull on the lever on his back and they either swing forward or clap together, depending on how you have your wings placed into the balljoints.    He's also lost the head-swapping "mutant head" gimmick, but I wouldn't be surprised if the "robot" head exists in the tooling somewhere so they can pump out a Buzz Saw redeco in the future. 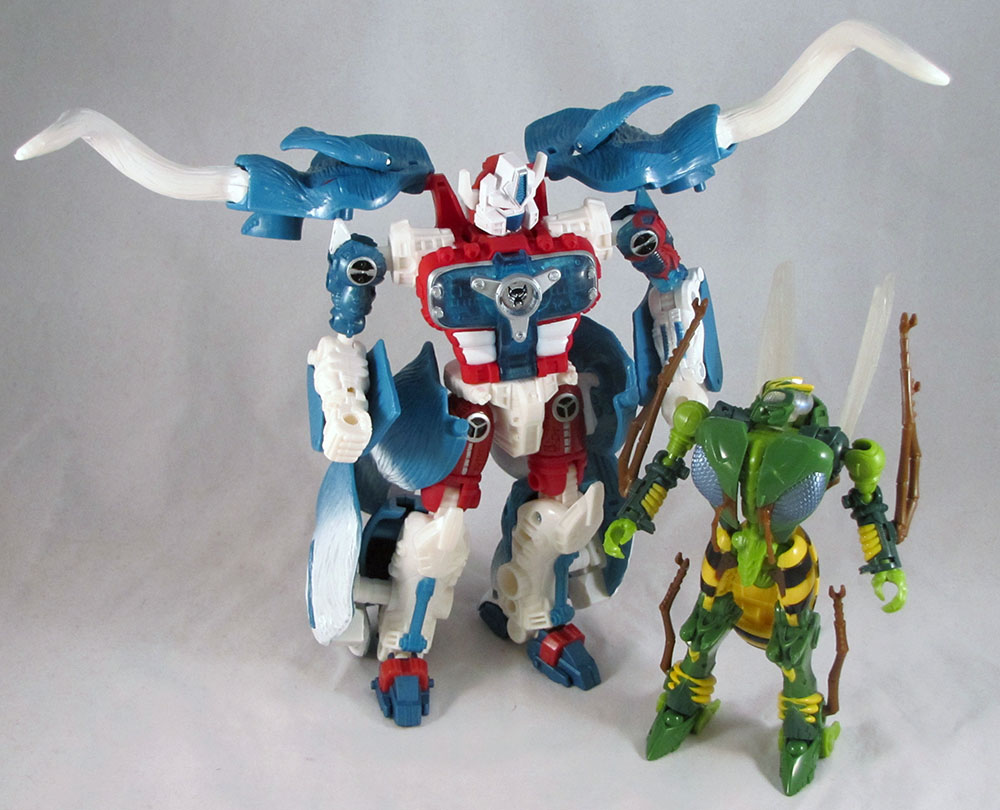 Waspinator also transforms a little differently.  Instead of transforming Waspinator's robot legs into some amazingly oversized wasp legs, the legs instead try to hide themselves underneath the insect mode.  Well, "try."  They're pretty obvious under there, because they're actual robot legs, but they do run along the contour of the body.  It's also better, I think, than trying to do it the old way.  I prefer the insect legs to look like insect legs, even if they're sprouting out of robot parts.

Like the other Deluxes from this wave, Waspy comes with a comic book issue that features him.  It's not a great issue, but hey it's a comic book, and I'm sort of happy that Waspinator has been inserted into this continuity.  It's fun to see guys like Jhiaxus and Optimus Prime interact with him.  And since Wheelie's in there, too, it's not like Waspinator's the guy with the most annoying speech gimmick.