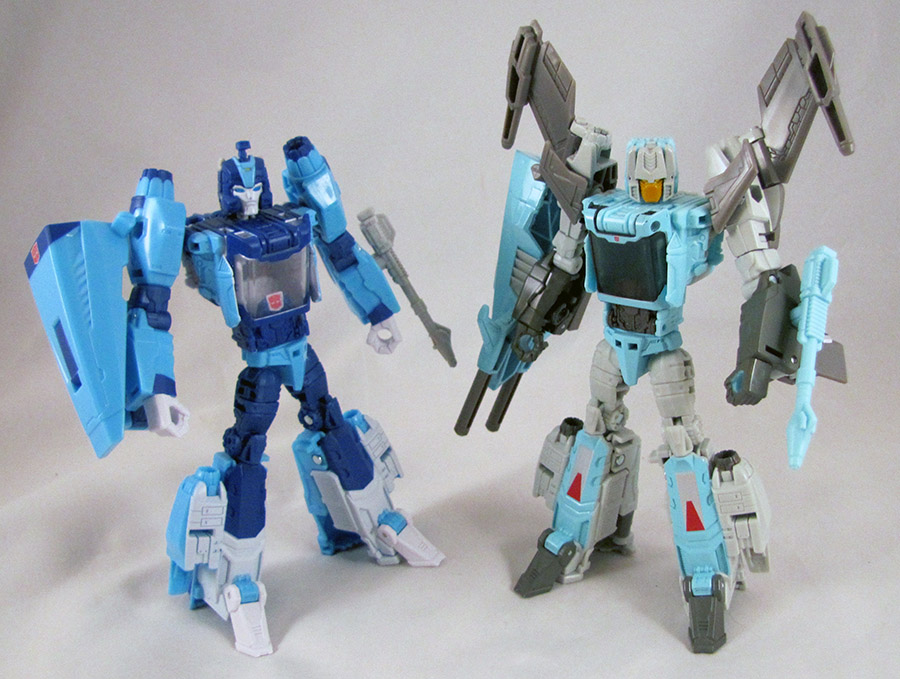 Hey, more Titans who are Returning!  The Transformer Who Was Voiced By That MicroMachines Guy doesn't really strike me as any sort of "titan," really, but here he is anyway, being a Titan and being Returning.

As I mentioned back in my Titans Return Brainstorm blogpost, Blurr is that toy's original tooling.  Subtract Brainstorm's wings and substitute in a different hood for the vehicle mode, and you've got Blurr.  It works a little better as Blurr, partially because it was obviously designed as him first, and secondly because... well, it's an open-top canopy, and Blurr isn't a spaceship.

When we first saw this toy, I wasn't sure I was gonna get it.  I have a Blurr toy from back in the 2010 Generations toy, which was a retool of Drift, but the colors were a nice set of contrasting blues.  But Hasbro decided to make their Blurr a solid teal color?  Don't get me wrong, I love teal, but I'd also like another color in there.  Like, a color #2 would be great. 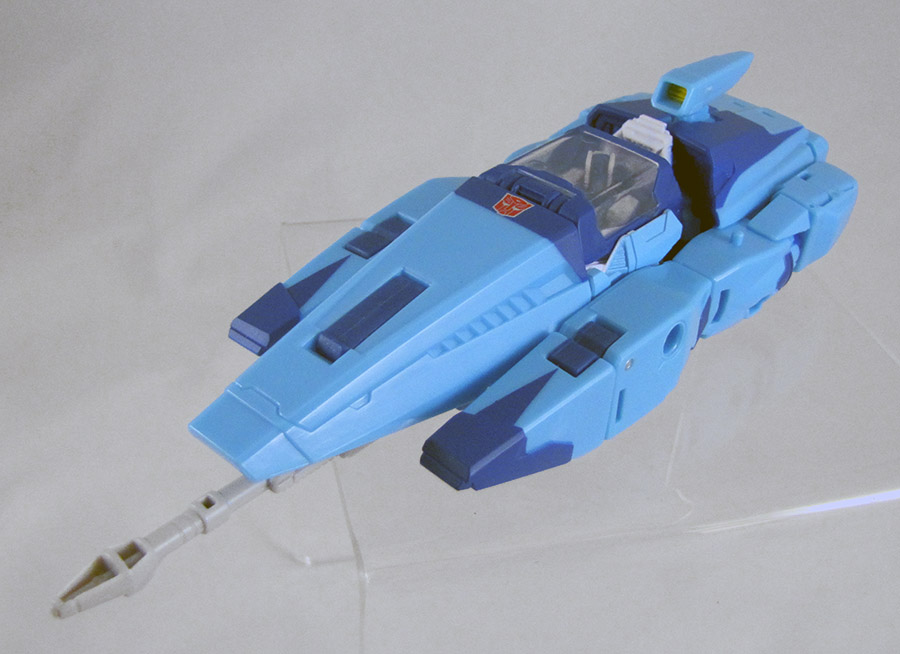 Anyway, TakaraTomy later showed off theirs, and it had multiple colors, and then I was sold.  It also helps that Brainstorm is a pretty fun toy with an interesting transformation, and, y'know, Blurr is mostly that same toy.  Good colors on a good toy is good!

I think my favorite thing about Blurr is his little antenna on top of his head.  (You know, the head that becomes a tiny robot that can ride inside him.)  You can yank that up so the antenna rests higher on the noggin.  It's an extra transformation step for such a tiny dude/head, and I appreciate it.