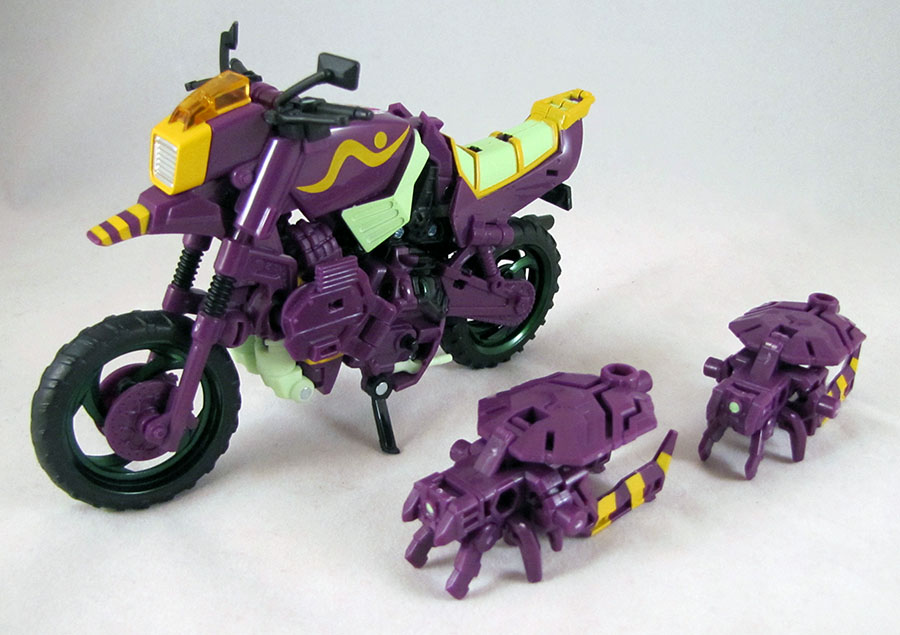 There's not many Transformers like Sideways!  Who could forget that canny servant of Unicron, that crossfactional manipulator who worked both sides against the other in pursuit of his mysterious, personal goals?  The way he'd judge you, piercingly, through that glowing slit of a mouthless face, and laugh.  And so visually distinctive, with his purple and his yellow and his black, all wrapped around his menacing two-wheeled vehicle mode.  And his multiple little helper guys!  Who could forget those dudes?  And just when you think he's dead, he comes back, more powerful than ever, resurrected through seemingly supernatural forces.

Sideways is definitely one of a kind. 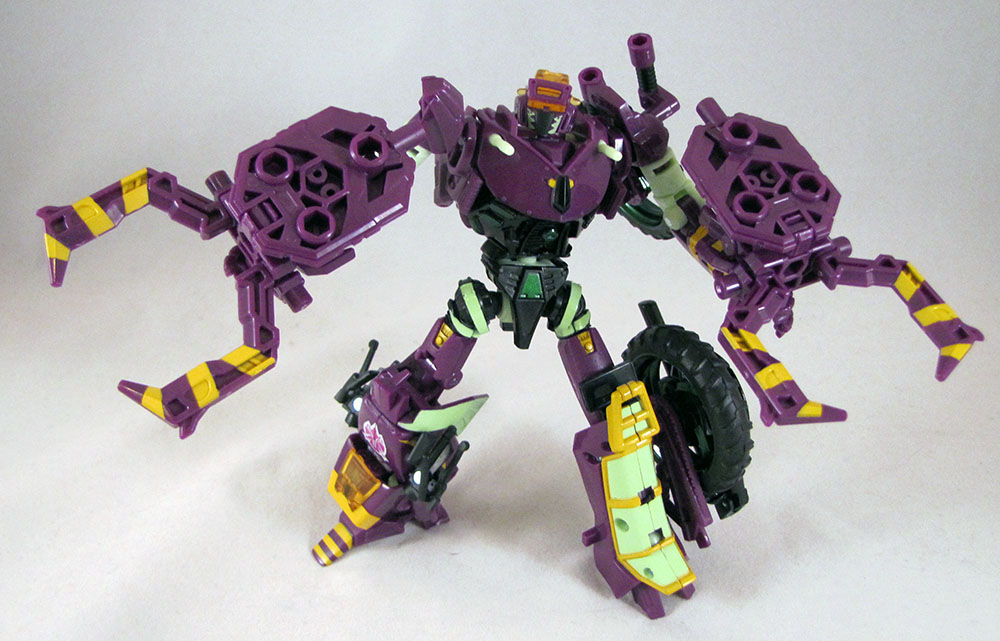 And this is definitely Timelines Sideways, one of this year's Transformers Figure Subscription Service toys!  A year ago, we threw a truckload of money down, and then this year, every month for six months we get a different guy in the mail.  And, man, have I been waiting for Sideways.  A lot of detail has gone into turning the Junkion Scrapheap into our favorite twotiming jerkwad, from flawlessly replicating the iconic yellow-stripes-on-purple decor to including his two Mini-Con friends!

It's a toy that's just so amazingly striking.  That bright green he has is so piercing it looks like it might be glow-in-the-dark, but though it is sadly not, it's meserizing all the same.  And there's so much paint on him, between the stripes, and the trim, and the little details on his face, and the color choices all just come together so well.  I mean, it's hard to go wrong with these colors.  It's definitely the best use of the Junkion toy so far.  And for what a great character! 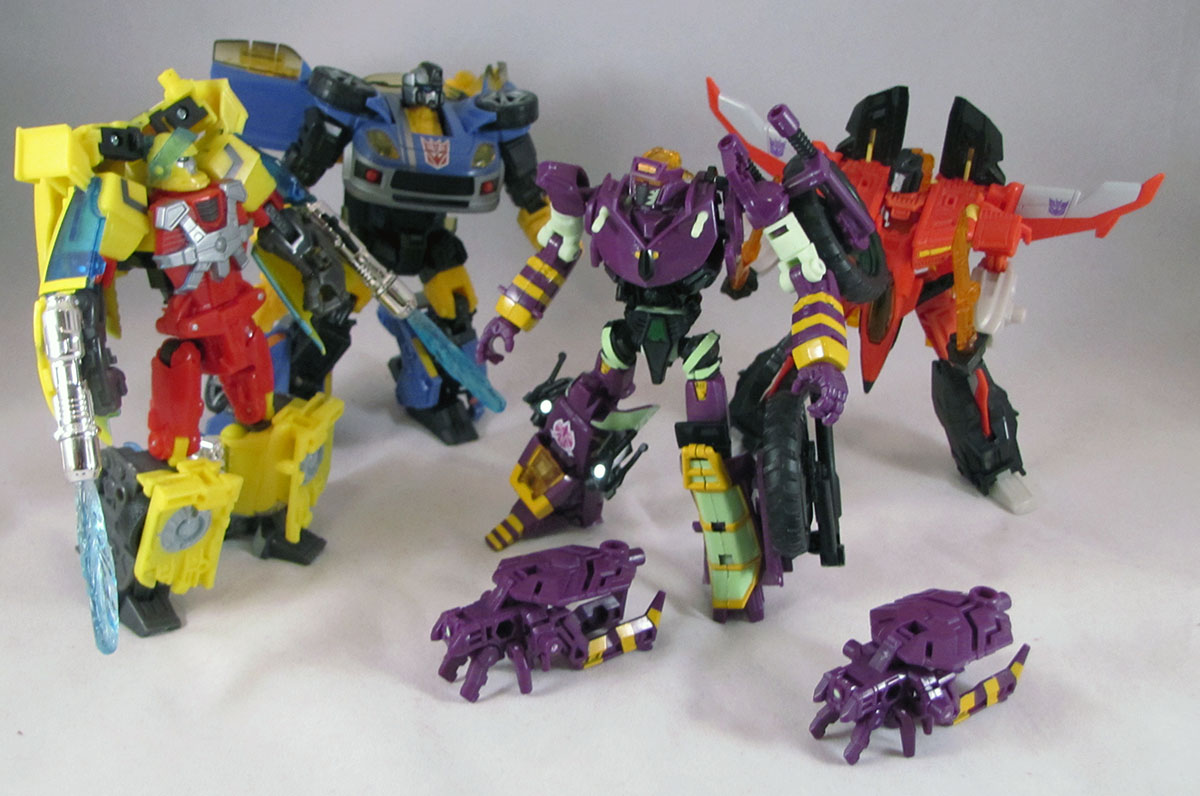 The Junkion toy is kind of fiddly, though, so he might not be so fun to put back into vehicle mode.  Since their robot modes are designed to ride another of themselves in vehicle mode, the desire to switch them back and forth and have fun with them riding each other is great, but the toy's a little too complicated to facilitate that easily, and so it can be frustrating.  (But Sideways doesn't need to ride a Junkion, I guess, so I'm not sure why I'm going off on this tangent.)

He makes me wish I'd picked up the new Combiner Wars (noncombining) Leader Armada Megatron, so I could have Complete Armada Character Reimagining Power!  But, honestly, I'd just want it for a group shot to photograph and then put it away forever, so eh.  The original Armada Megatron is better.

This Sideways, though, is definitely an improvement.