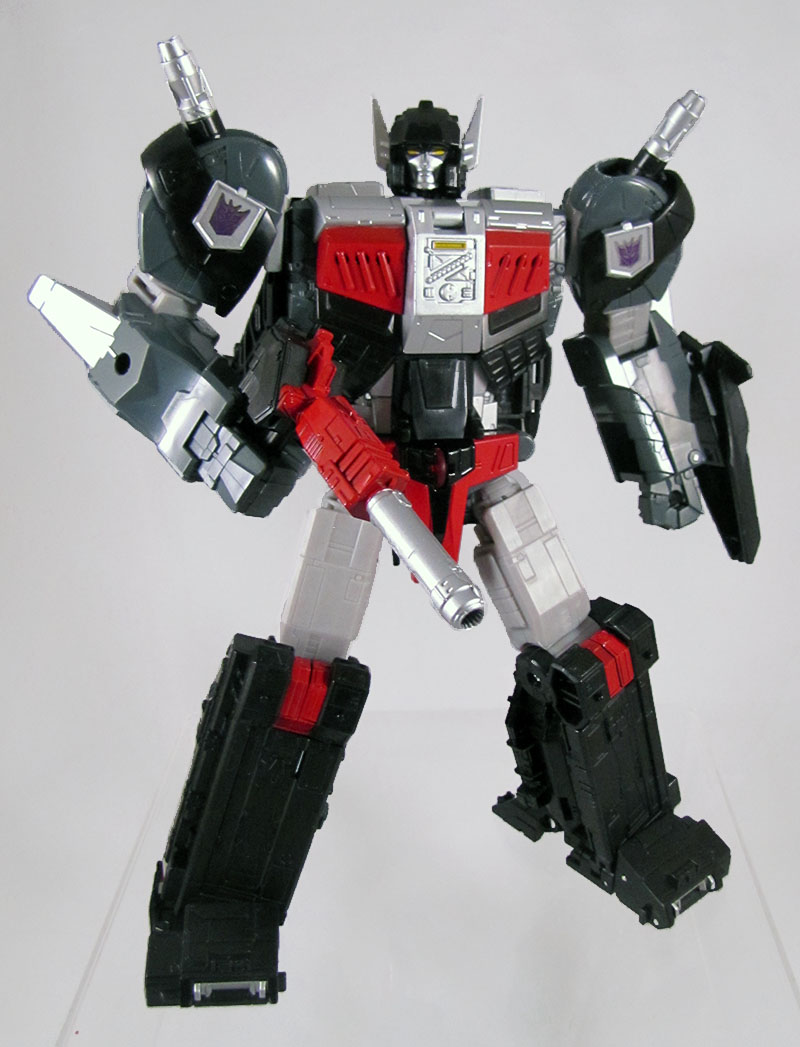 I also have Sky Shadow!

I got him quite a bit ago.  There was a long dryspell of new Transformers (like a week or two) and I saw this guy in a store and I bought him, even though I'd planned to skip him.

He's pretty, at least!  It's hard to go wrong with black, silver, and red.  And he's Overlord from the pants down.  The top half transforms into a completely different jet.

I dunno.  I have regrets.  It's not that this toy is bad, but there were reasons I was skipping him.  I'm happy with the Sky Shadow I already had, and that Sky Shadow takes up way less room on a shelf (he's a Deluxe) and IDW comics based their design of him on that earlier toy.  I just don't need a giant-ass Sky Shadow.  It was a bad impulse purchase.

But here he is, anyway, for you to look at.

Like I said, he's not bad.  He's just surplus to my requirements.  And I have an Overlord now, who's mostly this guy anyway, but as a character I wanted.