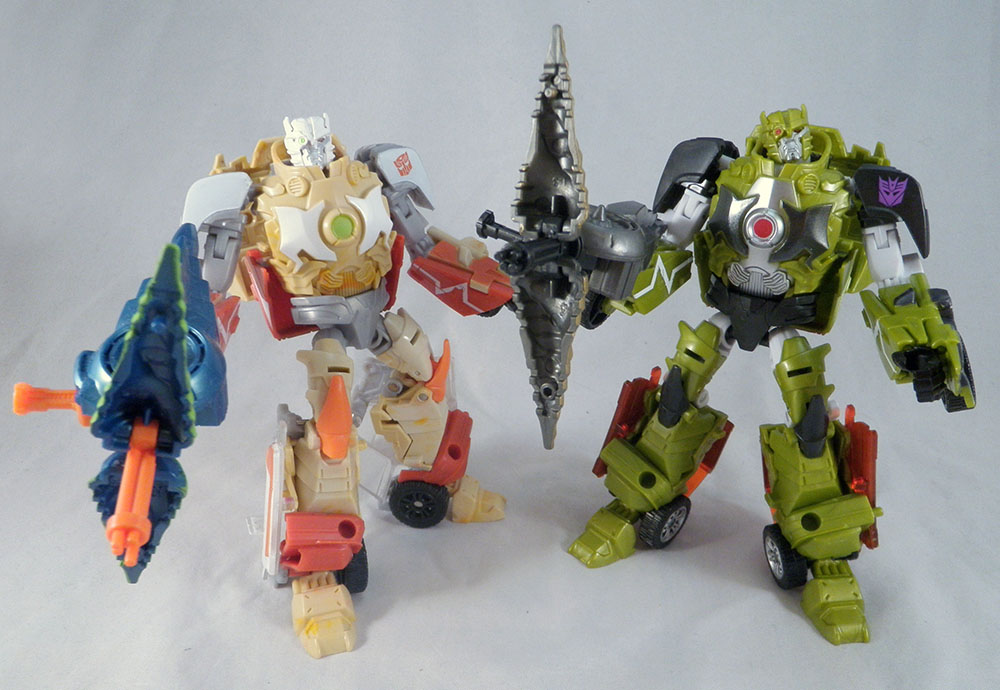 You might recall from a few months ago my happiness at getting what by all appearances seemed to be some strange Ratchet/Dinobot cyborg fusion as part of the Beast Hunters line.  Well, TakaraTomy over in Japan took one look at this mold and apparently thought, okay, no way this is a good guy.  Just look at this dude.  And they made him a Decepticon.

All the other Japanese releases of the Beast Hunters guys were just done up in colors similar to their appearances on the show, despite their heavily-retooled appearances, but not Ratchet.  Ratchet gets to be green like in the movie and a Decepticon and super evil.  This is awesome, and so I had to have it. 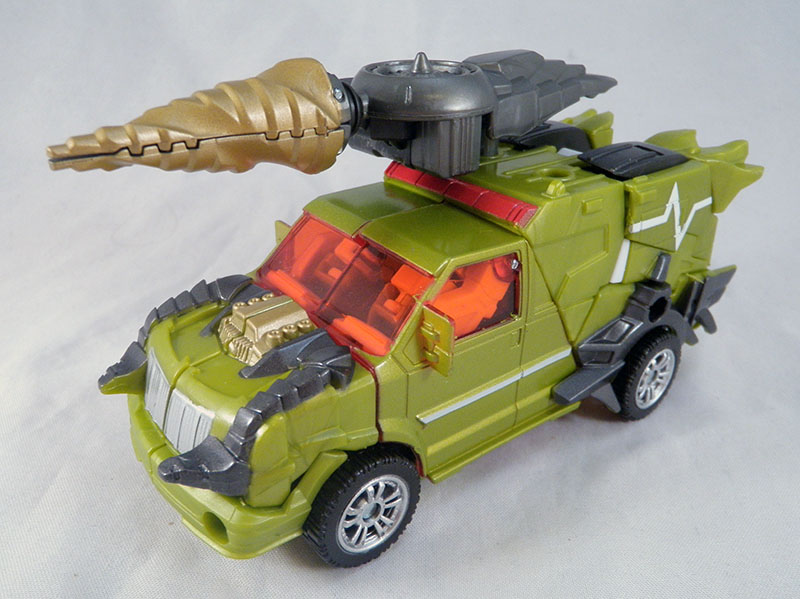 According to some guy on the Internet, the packaging bio for Hunter Ratchet is about how he tried to sneak into a Decepticon/Predacon/whatevs lab to steal some technology and whatnot, but he got captured and infused with Dark Energon and turned into this green monocled thing.  The Autobots managed to bring him back eventually, but Ratchet still struggles with the vestiges of his time as a Decepticon.

Hunter Ratchet is literally the American toy in other colors, so there's nothing new there, but the plastic tolerances on him seem to be a bit more sturdy.  So that's nice.  Also the green is kind of a glittery plastic, which reminds me of Best Buy's Premium Movie Ratchet a little.  That coupled with the white and black and red is a pretty attractive look for him.

Plus, you know, evil Decepticon Ratchet.