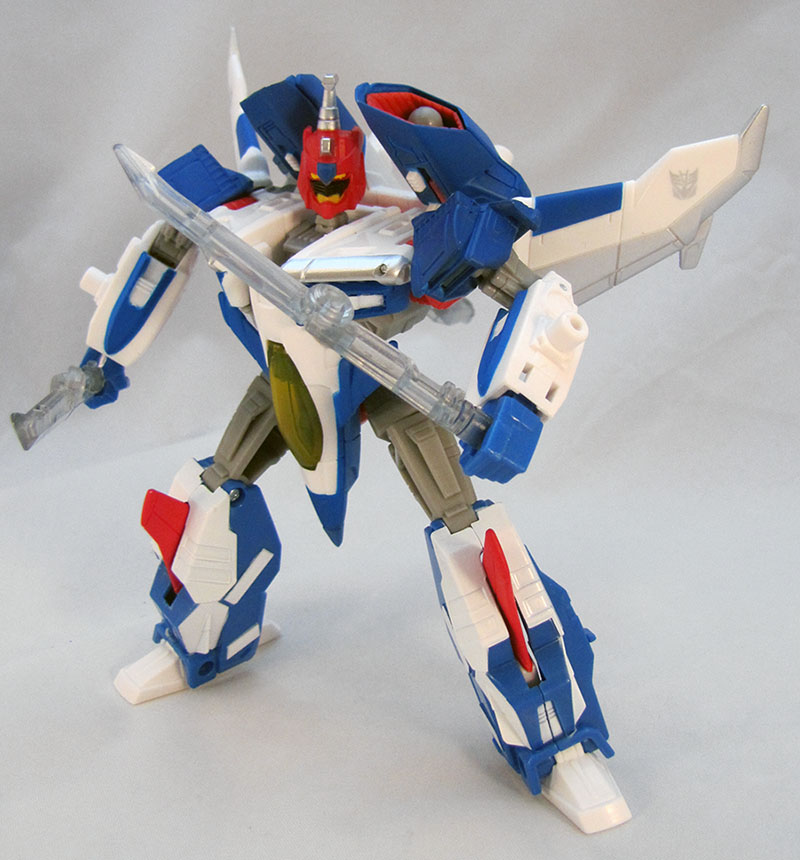 Yay, it's (Universe) Ramjet!  The original Universe Ramjet was some sure-whatever store exclusive redeco of Armada Skywarp, who would be otherwise entirely foregettable if he hadn't been used in very early Fun Publications fiction as a cosmic-level jackass.  Ramjet had been caught between dimensions too many times, and so his body was in a constant state of making and unmaking that resulted in him looking like he was bathed in Kirby Krackles while melting randomly and growing tendrils.  The original toy did not look like this.  He was just an unremarkable white/red/blue redeco of another toy, as I said above.

And so I grabbed a grill lighter and melted mine a bunch and then put some splashes of purple on him.  That's exactly the kind of embarrassing nerd I am.  A toy-ruiner. 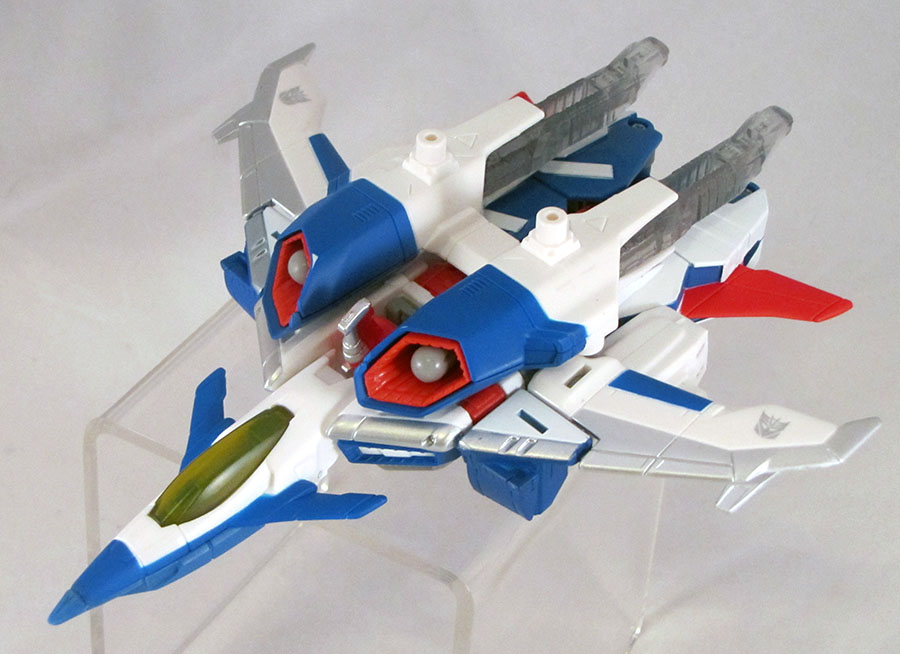 Anyway, at the end of that storyline, he got thrown back into the space between dimensions and wasn't heard from again... until now!  When he has a new toy!  Weird how that works out!  Ramjet's back, from outer space, and I guess he's not structurally bonkers anymore.  Which is fine.  I don't need to take another grill lighter to another toy.

The new Ramjet is a retool of the new Armada Starscream toy (the one I really like), now retooled to have a head that looks like the Skywarp version of that toy.  (A Skywarp version of this Ramjet tooling will be sold later this year.)  Neato New Retooled Ramjet doesn't have all the retoolings that the original version did -- there's no VTOLs on his tailfins, nor are his nosecone wings trimmed.  But it still works. 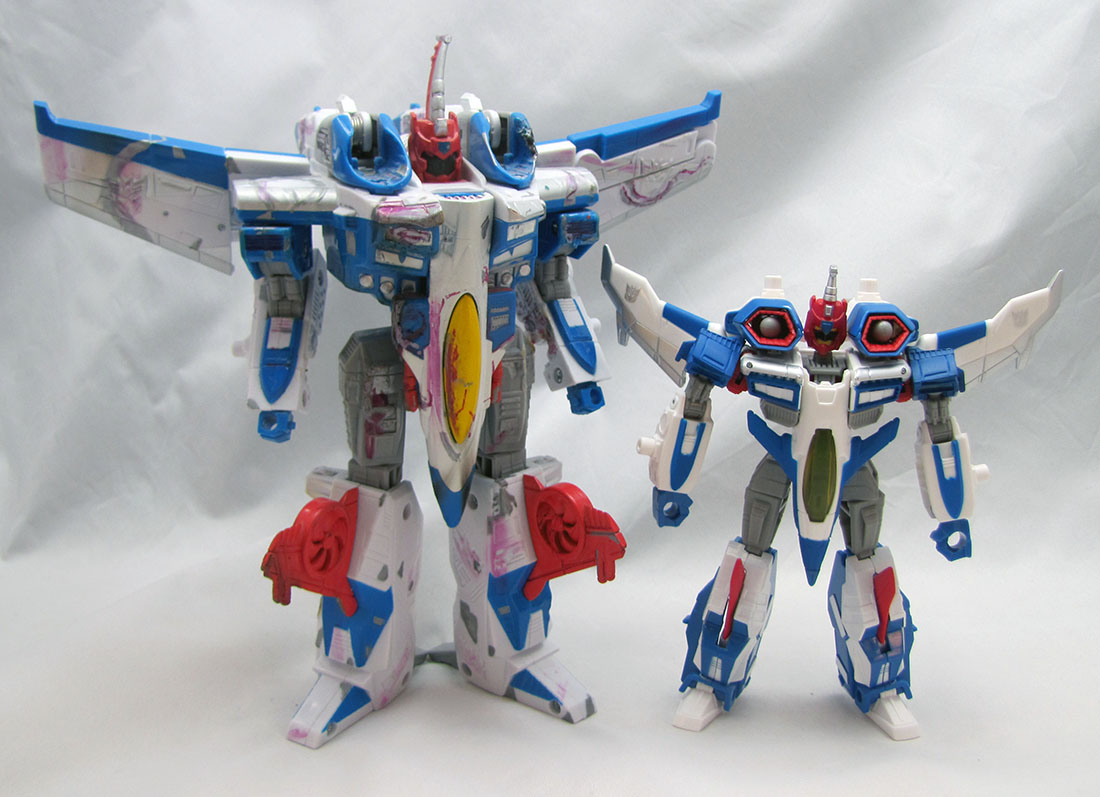 It's neat how the new finned head works with the toy.  The original head pushed straight down during transformation, but the remake folded the head face-down 90 degrees.  There's no room for a fin at the top of the head if you do that!  .... unless you make sure the neck balljoint is at the back of the helmet, allowing the headfin to still point up even as you push it down and forward.

New Ramjet is a sharp-looking toy, though packaging problems have kinda messed with many folks'.  The top layer of packaging foam was left out, and so many people's Ramjets had paint scratches across the tops of theirs as it arrived.  Mine was relatively lucky -- there's just a chip of blue gone at the top of one of the shoulder intakes.  If you look for this guy on the second market, make sure there's good pictures of him.

Or don't.  Having an awful finish is kind of his original motif.