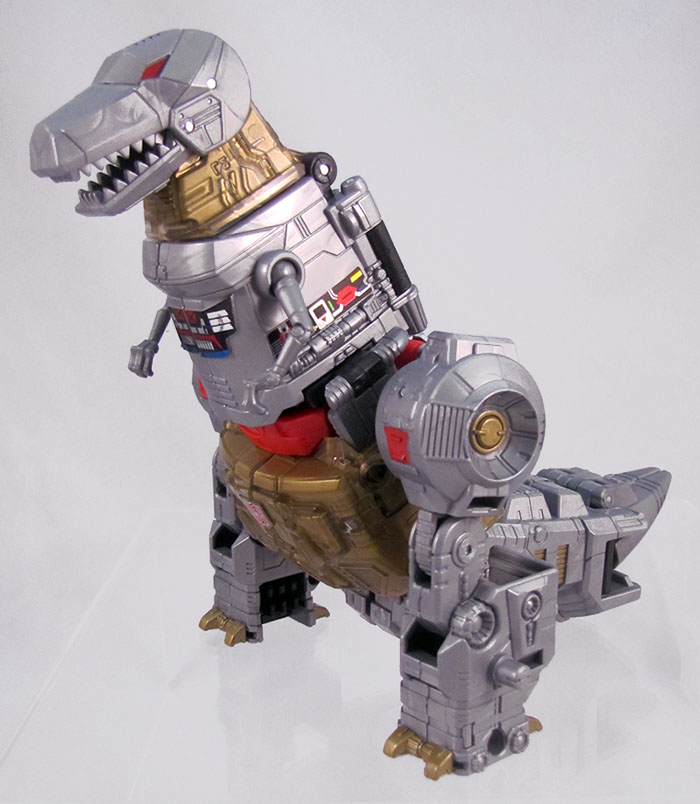 Power of the Primes Grimlock has... two out of three good modes.

Unfortunately, the bad mode is the dinosaur.   You don't want the DINOSAUR to be bad.  That's like why you're here.  It's his milkshake in his yard.

I'm just staring at this bent stick they're calling a Tyrannosaurus rex and, like, no, guys.  No.  It's slightly less bad if you're cool with 1980s cartoon Grimlock, who always stands up-right like a dog begging for scraps, since this toy tries to do that.  It still doesn't hit the mark very well, but it gets closer if that's how you're evaluating it.  But if you want it to look like an actual dinosaur, not so much.

However, every terrible, terrible compromise made to the dinosaur mode has its roots in making this design work as a pretty great combiner torso.  Why does Grimlock have these odd, misshapen dinosaur hindlimbs?  Because that's where the Combiner Wars-style arm attachment ports go.  Those are elements you can't just shrink away because they look odd.  They've gotta go there, and they have to be that exact size.  The leg attachment ports are inside his robot feet, which is a nice bulky area that accommodates the port well, thankfully.  It does mean he's got big-ol' feet jutting out of the underside of his tail, a tail that otherwise tapers from torso to tip successfully. 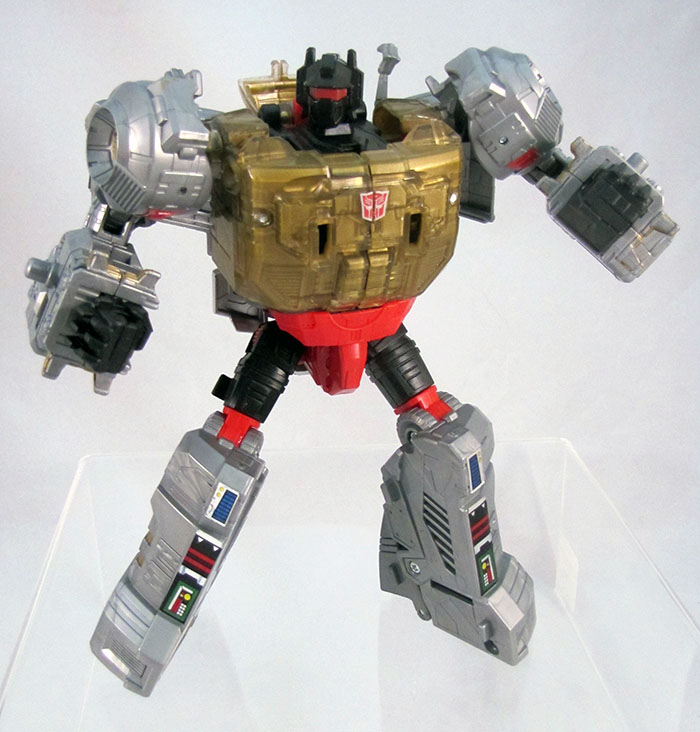 The result is a combiner torso that plugs together tightly and looks pretty nice.  It looks even nicer if you take some spare Power of the Primes combiner hands and plug them into his abs.  (And you will have an extra pair, since each limb comes with a hand, and, well, combiner robots only need two hands.)  You can also plug the hands into the back of the two combiner feet that Grimlock comes with to serve as extra heel support.  It's your choice!  (Or maybe do both, if you eventually have enough POTP Deluxes.)

There's some strong ratcheting joints involved, and with more teeth settings so that you don't have to choose between 90 and 45 degree angles on everything.  This solves some Combiner Wars-era stability problems.

The robot mode is pretty good.  Not great, but it works and it looks like Grimlock and it's not fantastically awkward or ugly.  The double-jointed elbows (needed for torso transformation) really help give him some nice "dukes up" posing possibilities. 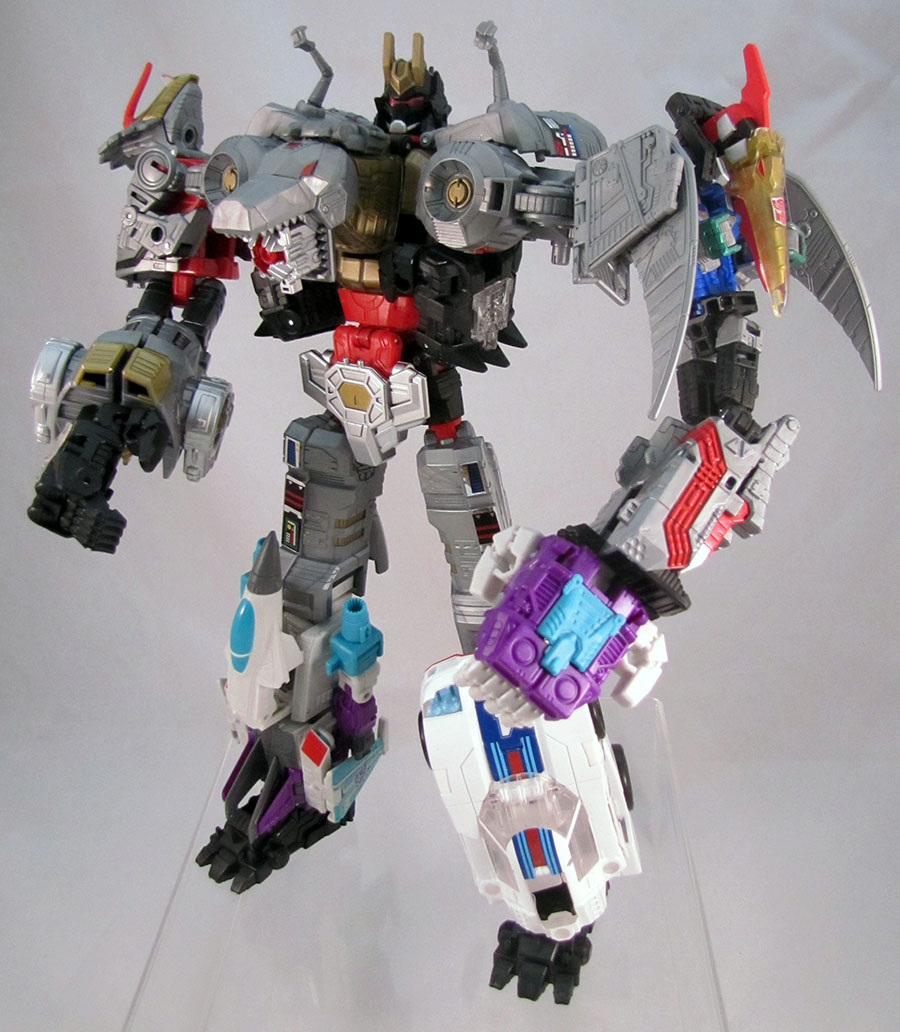 Other than the two combiner mode feet, he does not come with any weapons.  No sword.  But the feet kind of look like Wolverine claws when attached on his forearms, sort of.  There's also an Enigma of Combination pluggy-in thing.  It's like the Prime Masters in the smallest pricepoint, but it doesn't transform.  It's just the plug-in element, and it's there only to fuel imaginative play, rather than activate any toy gimmickry.

In short, Grimlock's dinosaur mode is garbage.  His robot mode is good and his torso mode is great, and the torso mode is likely the thing that this Grimlock will do that won't be replicated in later Grimlock toys, sooo... priorities, I guess???  There are so many other Grimlock toys, meaning if you need a better non-combiney Grimlock, those exist.  There will definitely be more Grimlock toys in the future, as well.  But if you want to form a giant Dinobot combiner, this is your Grimlock.