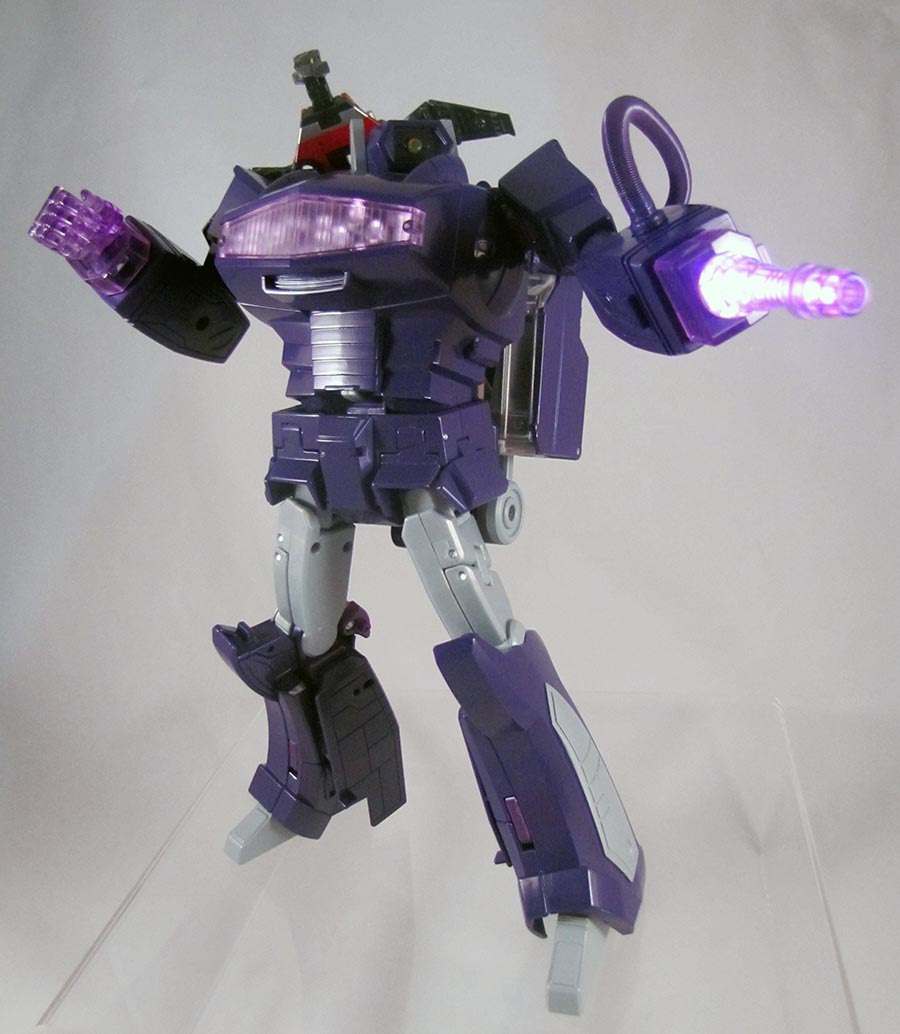 I really liked Masterpiece Shockwave, but wasn't entirely sold on the weird milky lavender color they did him in.  But no worry, TakaraTomy would release a newer version this year in the dark purple everybody wanted to begin with!  And for twice the price, because I guess it's exclusive to somewhere maybe, I dunno!

So I sold my original MP Shockwave on eBay and put down for the new one.

The review for this one is pretty simple: He's as great as I said the other one was, but purpler now!

Okay, a wrinkle: His gray gun barrel backpack thinger is now painted.  And so it's a snugger fit into the purple backpack you can clasp over it to make him look more charater-model/original-toy accurate.  I think it might scrape a bit if you're not too careful.

He also has his Decepticon logos tampographed on rather than there being a sticker sheet provided.  Which is fine for me, since they tampographed on the logos I wanted anyway.

Anyway, PURPLER.  Better!  More expensive!  ... but a downpayment via selling the first one helps.