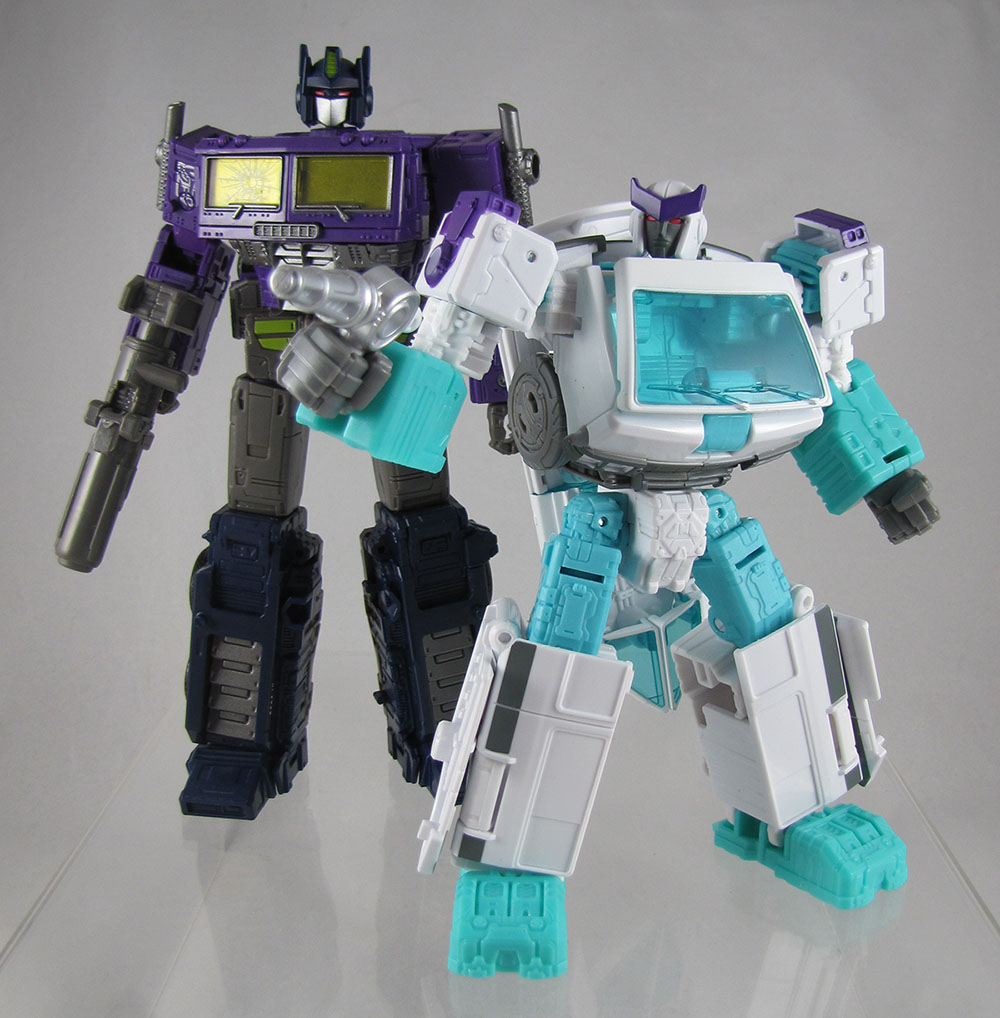 Hey, remember Shattered Glass?  That's the name of the Transformers mirrorverse where the Autobots are bad and the Decepticons are good.  It's... generally only interesting when played for absurdity, because honestly just swapping dispositions left-right isn't fundamentally interesting.  I like it when it's able to be used as more of a commentary on Transformers itself.  Like, you know, science fiction's science fiction.

Or when it's about lolcats.

Anyway, it was largely only a BotCon thing except for an Optimus Prime redeco here or there, but here we are with Generations Selects Shattered Glass Optimus Prime and Ratchet.  Ratchet's the big deal here since the only Shattered Glass Ratchet toy is a BotCon customization class exclusive that was limited to ... not many.  There were, what, maybe 50 customization class slots, and there were four options for the single Ratchet toy you got?  And how many chose to paint up their assembled Ratchet toy into Shattered Glass Ratchet instead of two flavors regular ol' G1 Ratchet, an imagined G2 Ratchet, or Rescue Bots Medix? 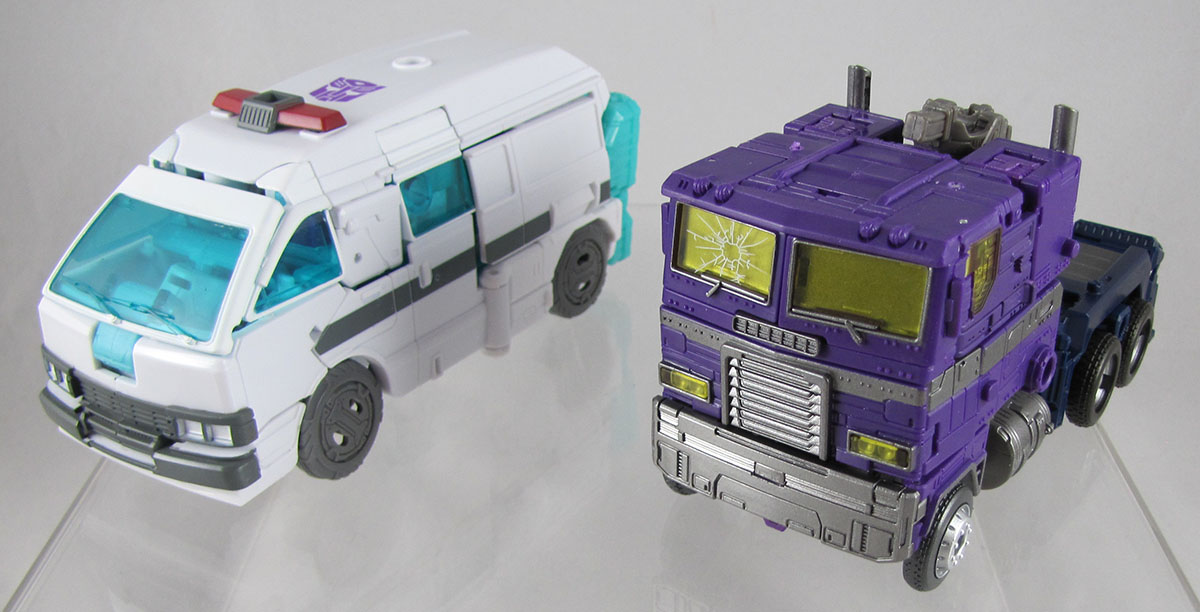 I'm probably the only one who splurged to get all four.  (Thankfully that was a year you could purchase unpainted, pre-assembled extras.)

The point is, except for like maybe five people, there was no other Shattered Glass Ratchet toy until now.  And so here he is!  A different deco than we've seen previously, but I do dig the teal.  I always dig teal. 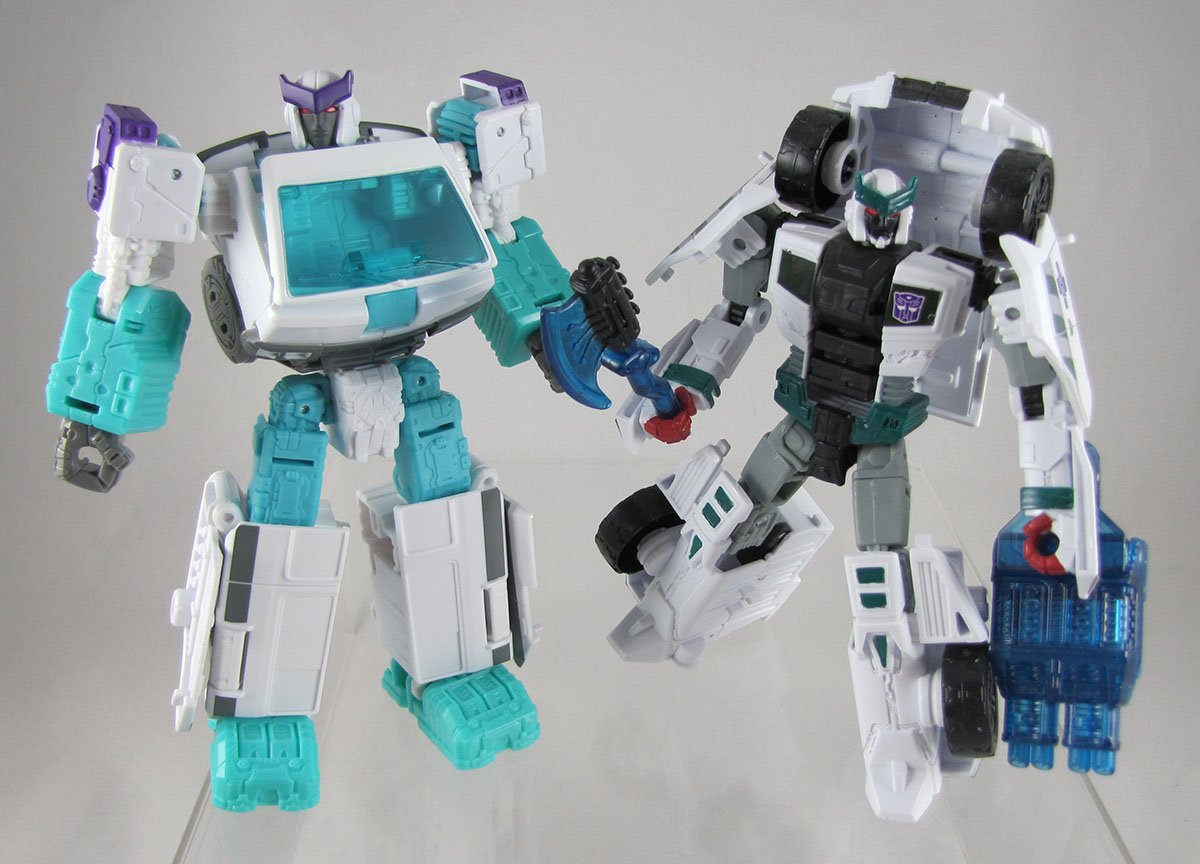 And there's Shattered Glass Optimus Prime too, sure.  I had to get him because I wanted the Ratchet.  He's pretty too, but I've already got two BotCon SG Primes in those colors, so.   It's disappointing he doesn't have "TILL ALL ARE GONE" tampoed on him like the first one.