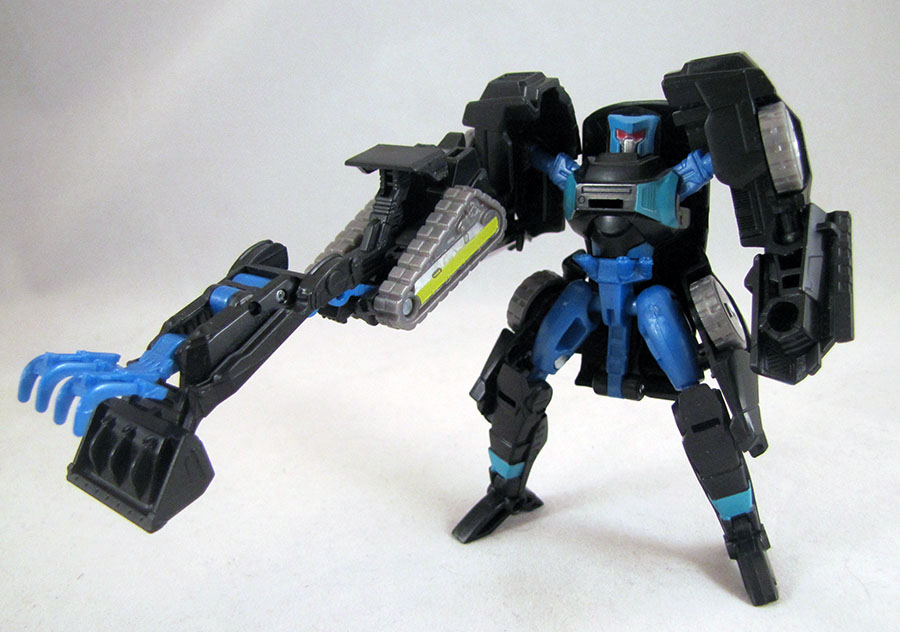 This is Nightracer!  Way back in 1995, while BotCon spent a few years rotating through different showrunners, we got our first real-ish Transformers convention exclusive.  At the first BotCon in 1994, the exclusive was just an unreleased figure provided by Hasbro, Generation 2 Breakdown, but in the following year, we got a new toy sort-of designed by the convention itself.  I say sort-of, because Raksha, 1995's person-in-charge, wanted a G2 Go-Bot Bumblebee in black and blue, but Hasbro gave her a G2 Go-BotBumblebee in black and neon yellow/green.  (...which, I recall, is just what you get when you don't give G2 Go-Bot Bumblebee his gold paintjob -- he's just black under there)

Anyway, I didn't go to that BotCon.  I was still a teenager and I don't think my parents were letting me out of the subdivision on my bike yet, much less Dayton, Ohio.  And so I don't have original Nightracer. 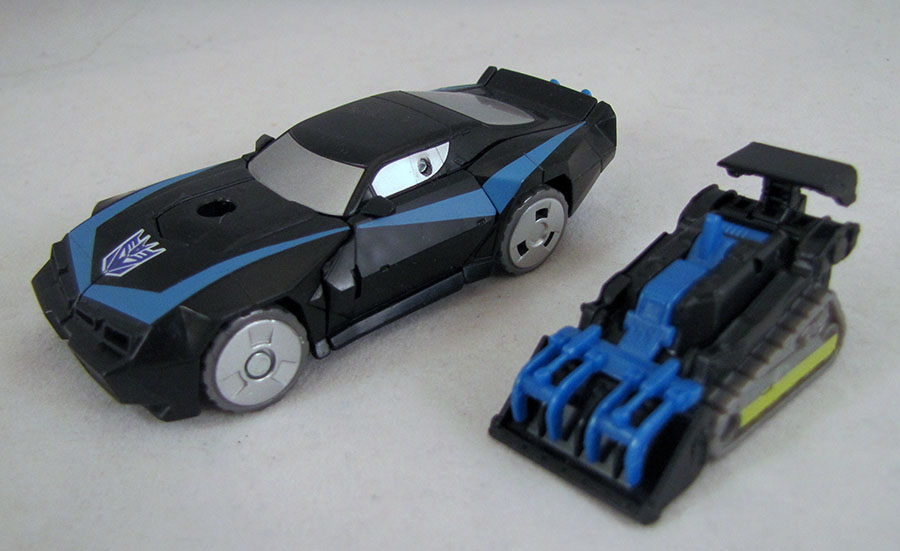 I do have this one, though, now!  She was the secret final figure of this year's Transformers Figure Subscription Service, and she's a redeco of Tailgate, finally in the intended black-and-blue instead of the black-and-neon.  She comes with Shakar, a little Micromaster person of undetermined gender (though since the name is an anagram of "Raksha" who is female I like to imagine the little 'Con is also).  Raksha also wrote the filecard bio, which is a nice touch (but didn't name Shakar).

I am pleased!  Nightracer is one of those super-expensive early BotCon toys I don't have, due to her limited numbers, and now I have a toy of the character, plus a little friend.  And more Decepticon women are always welcome.  There's a shortage!