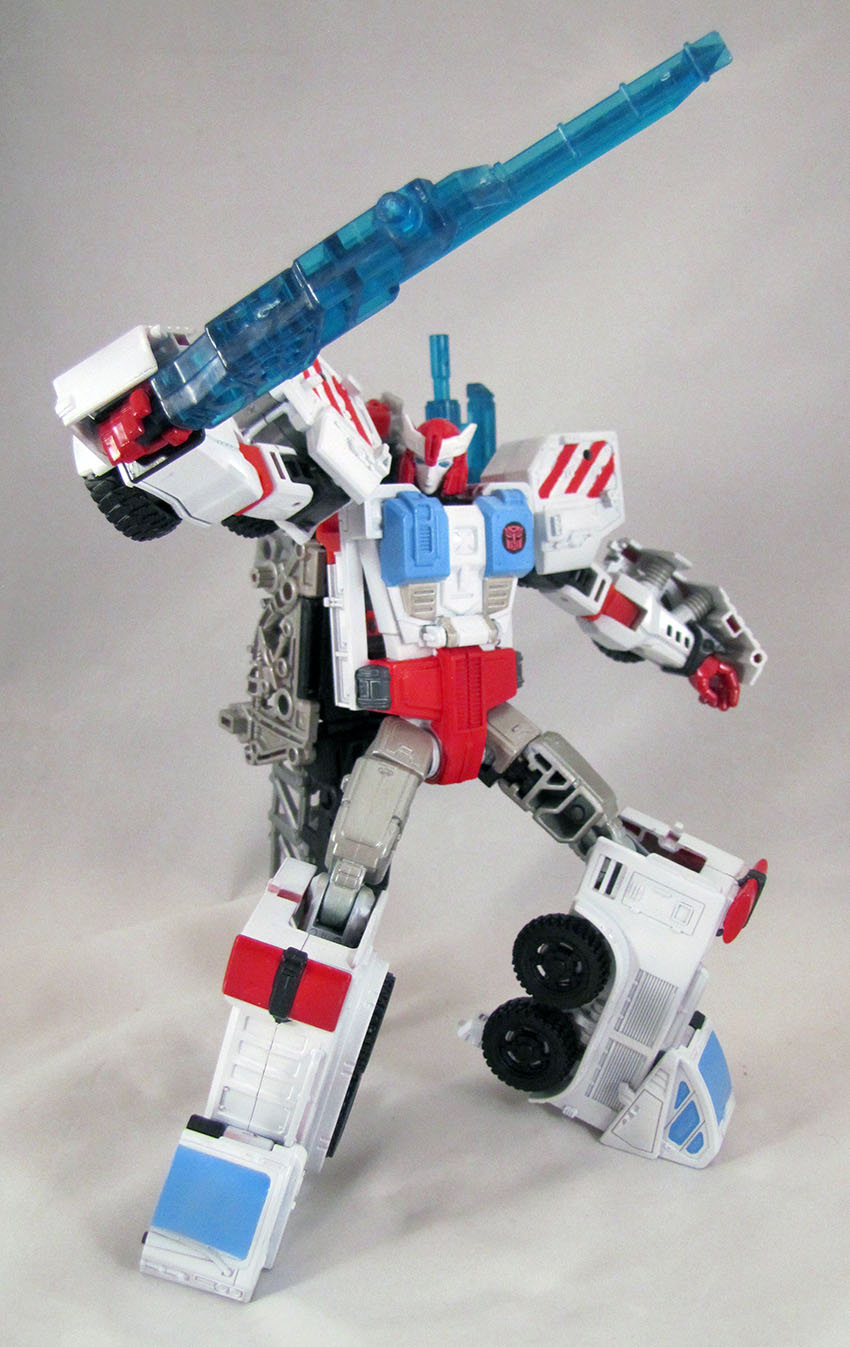 I have a lot of Combiner Wars Ratchets!  Three and a half, to be imprecise.  I told you about my first BotCon Customization Class Ratchet way back in the summer, but there were five more potential decoes for that customization class toy.  I made four of them total: Marvel Ratchet (already linked), G2 Ratchet, SG Ratchet, and... Medix.  (Medix is the .5 of my 3.5 Ratchets, as he's not really a Ratchet but shares a body.)

So I had these three Ratchets.  One more Ratchet and a torso, and I could have an entire Ratchet combiner!  But that would never happen, ha ha ha ha ha!

TakaraTomy revealed that they were getting their own Ratchet release, swapping him in for the Smokescreen we got over here, for their version of Sky Reign, the Sky Lynx combiner.  Obviously they were gonna cartoon-colors him up, and they did.  Cartoon Ratchet was the only customization class option I didn't make.  But this Ratchet would make four Ratchets.  I'd have enough limbs for a Ratchet combiner.

IF ONLY THERE WERE A VOYAGER RATCHET TORSO 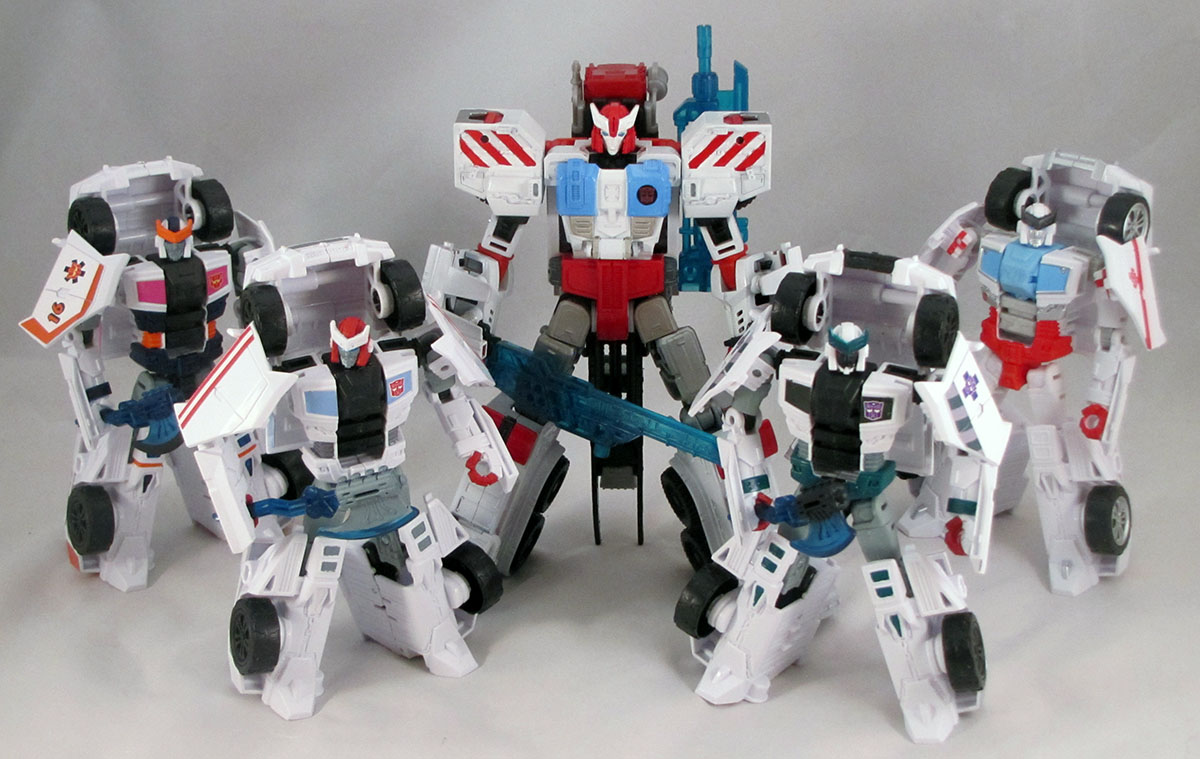 Here's the thing about Lady Ratchet: the original preproduction intent for G1 Ratchet was that the character be a she instead of a he.  Bob Budiansky got saddled with this "write up 30 bios for these robots over Thanksgiving weekend" deal and came back to Marvel the next week with a character named Ratchet, named after Nurse Ratched from One Flew Over The Cuckoo's Nest, who was a party girl and a snarky-ass snarkster who maybe got a little drunk from time to time.  She was pretty awesome.  But Hasbro was all "um no, this is a boy's toyline and so they all have to be boys we mean genderless but really boys, okay??" and Budiansky was like "well okay whatever" and changed the gender and that was that. 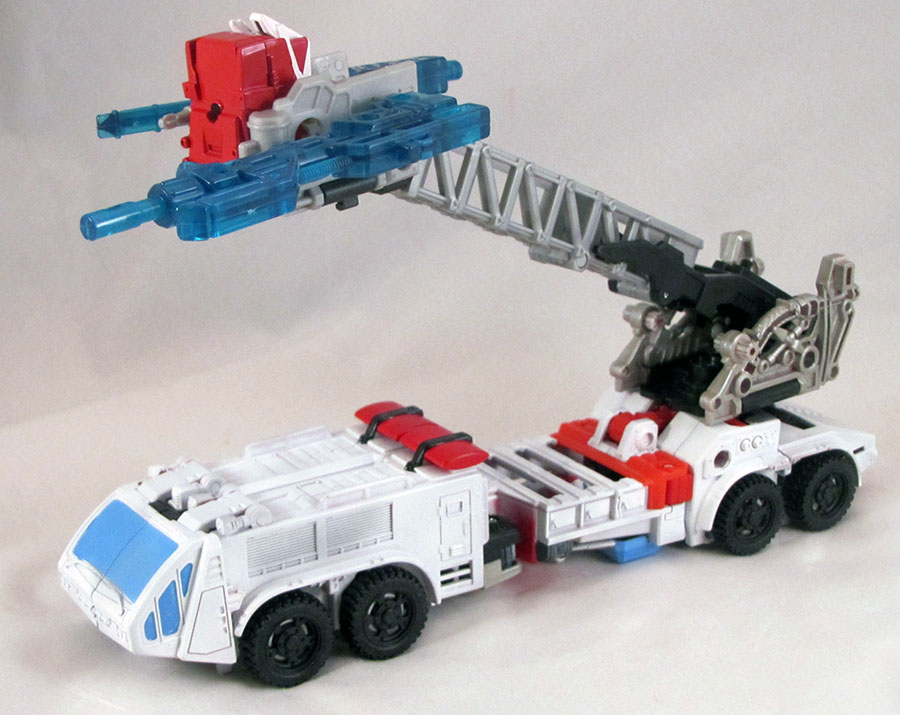 (Ratchet being a party animal, despite an aspect of the published character profile, never really made it successfully into either the original comic book or the cartoon.)

And so my intent is that this Voyager Class-sized Ratchet custom represent Lady Ratchet, as originally intended.  No, not "Ratchette" or anything like that.  She's Ratchet.  If anybody's gotta signify their gender through their name, it's the Dude Ratchets.  Lady Ratchet came first, okay? 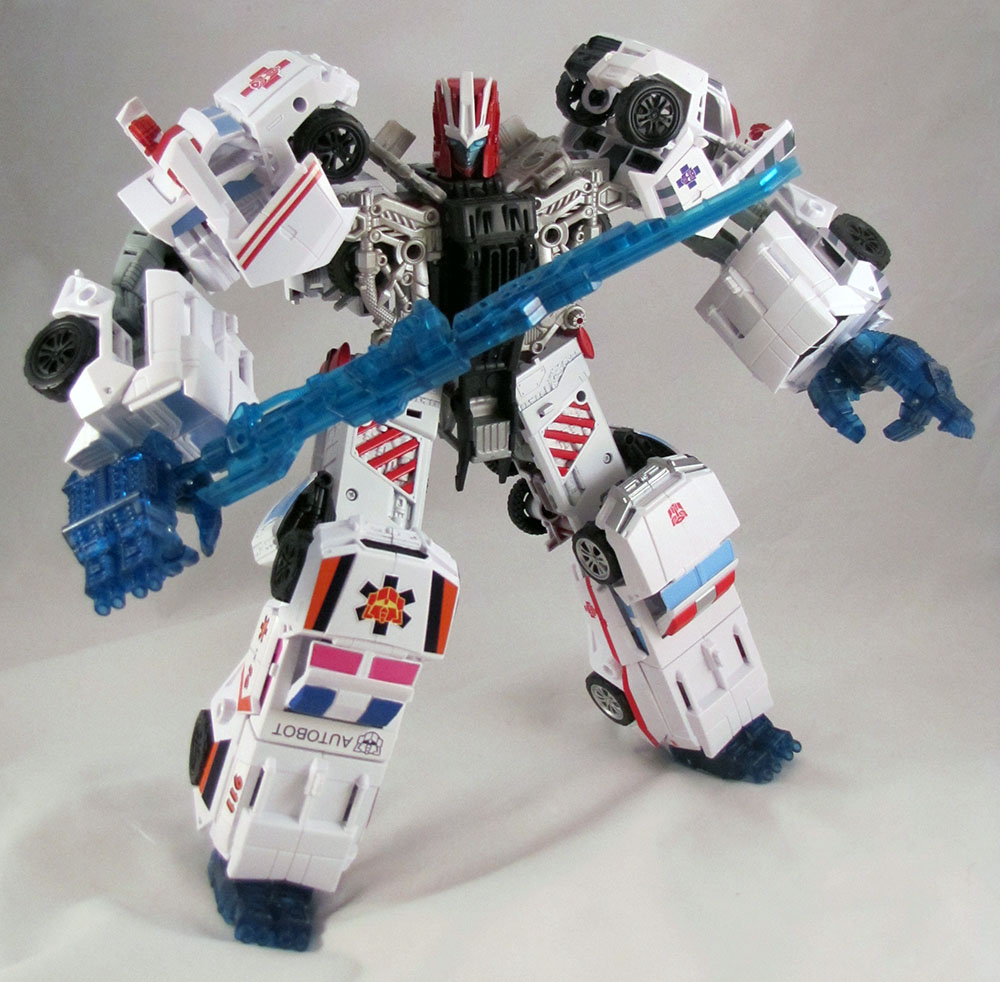 Anyway, Cheetimus painted this thing for me, expertly as he always does, and I got her in the mail just as my TakaraTomy Ratchet, the fourth limb, also arrived in the mail.  I had some small influence in Lady Ratchet's deco, such as demanding she keep the Marvel Red Helmet and such, but mostly I was like, "hey, Cheetimus, make this thing into Ratchet colors" and he delivered.  Yay!

I put a Reprolabels Autobot logo sticker on her chest (an unused one from the Thrilling 30 Jetfire set), gave her BotCon 2009 Leozack's sword weapon, and that was that.  Ratchet and her four smaller Ratchets combine to form Physicion.  Get it?  It's "physician" but with an O, because robots, I guess.  Look, I dunno.

I'm not sure exactly why five different Ratchets are co-existing and forming a giant robot, but whatever the reason, it makes me happy.