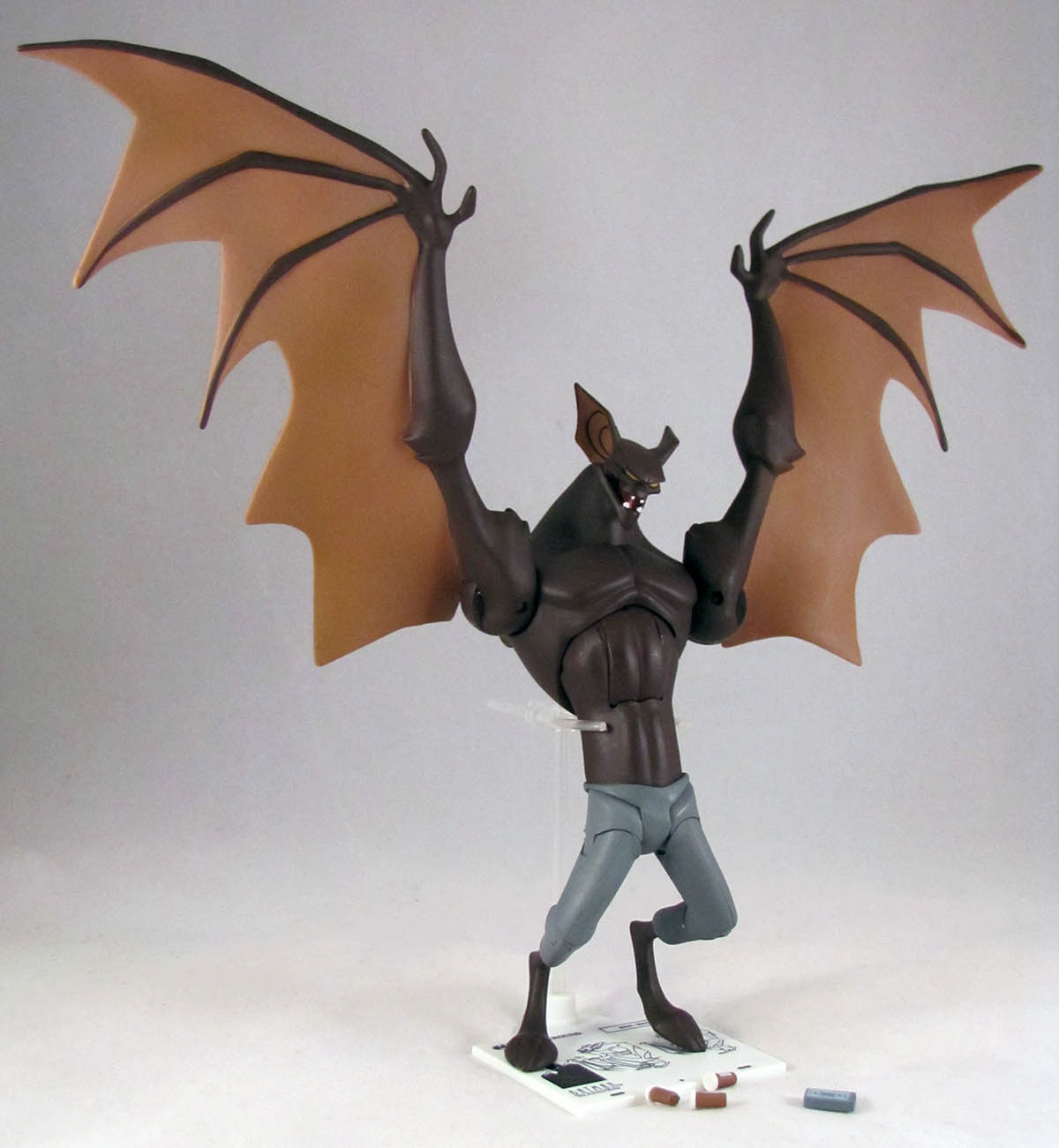 Finally the second wave of BTAS and TNBA-inspired 6-inch figures from DC Collectibles is out, delayed a month or two to address concerns about quality control.  Apparently DC Collectibles discovered a few years later than everyone else that translucent plastic isn't the best choice for joints.  Poison Ivy is being held back even more, since she has more stuff to be fixed.

But here's Man-Bat!  He came in a huge box, rather than being carded, with his gigantic outspread wingspan in full display.   Despite this, he costs the same as the other guys, 25 bucks.  It'll all even out when you pay that much for TNBA Robin.

Sure enough, nothing on him seems fragile!  He feels much less breaky.  However, dang are his shoulder joints loose!  Man-Bat comes with two sets of arm/wings -- unfurled and furled -- and when I first looked at him in the box I worried I might break him just trying to yank his shoulders out to swap parts.  THIS IS THE OPPOSITE OF THE PROBLEM, IT SEEMS.  His shoulders just fall out whenever.  So he's kind of annoying to play with and pose.  I'll have to look into this Clear Nail Polish solution I've heard about over the years.  Y'know, tighten up those joints with some clearcoat. 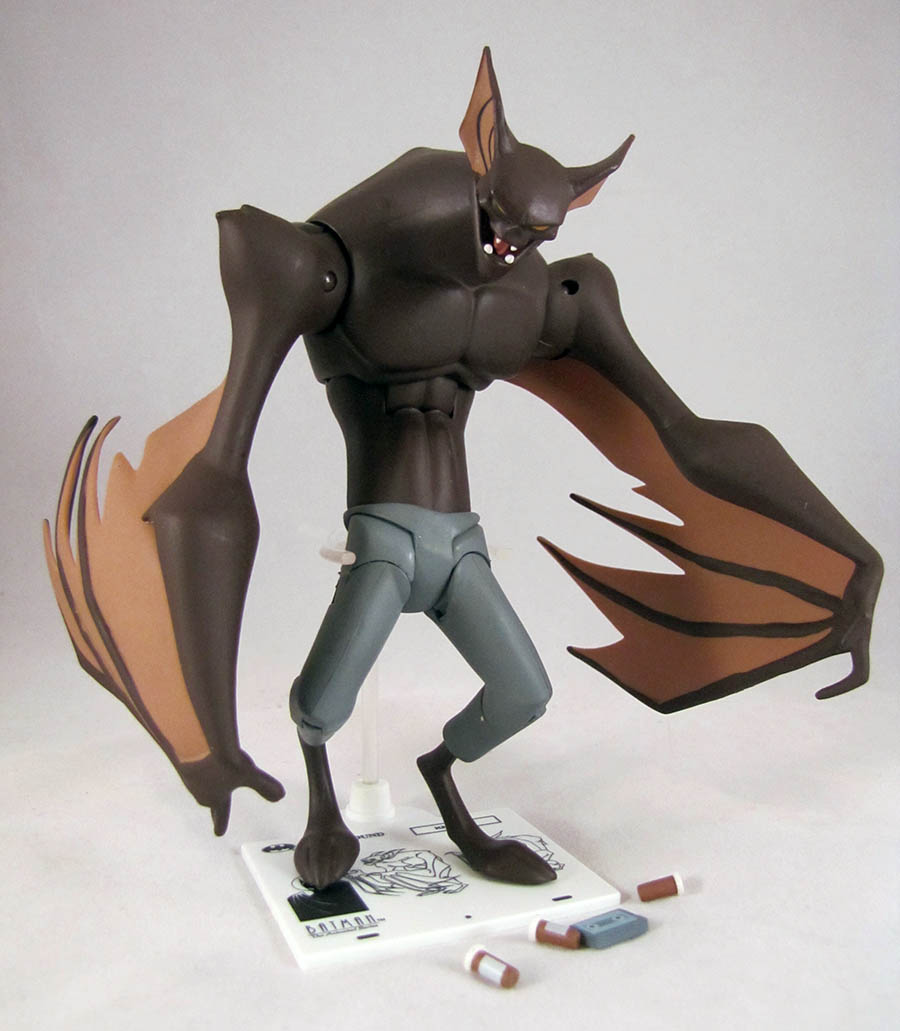 I also wish his neck joint had more range.  He can tilt his head down well enough, but he can't really point his head up so that he can maintain a natural flying position.

Other than that, I am strongly enamored with him.  But then, it's hard to hate a toy that LOOKS like this, even if it falls apart when you touch him.  Also, he comes with a cassette tape and three prescription pill bottles, the latter of which I'm sure will get some hilarious use in conjunxion with other toys.  (It has to be with other toys, since Man-Bat himself is not sculpted to hold any of them.)  I am also darkly amused at my sweet new cassette tape accessory.  I like to jokingly mock it for being a toy of a cassette tape while sitting in full view of all my Ravages and Buzzsaws.