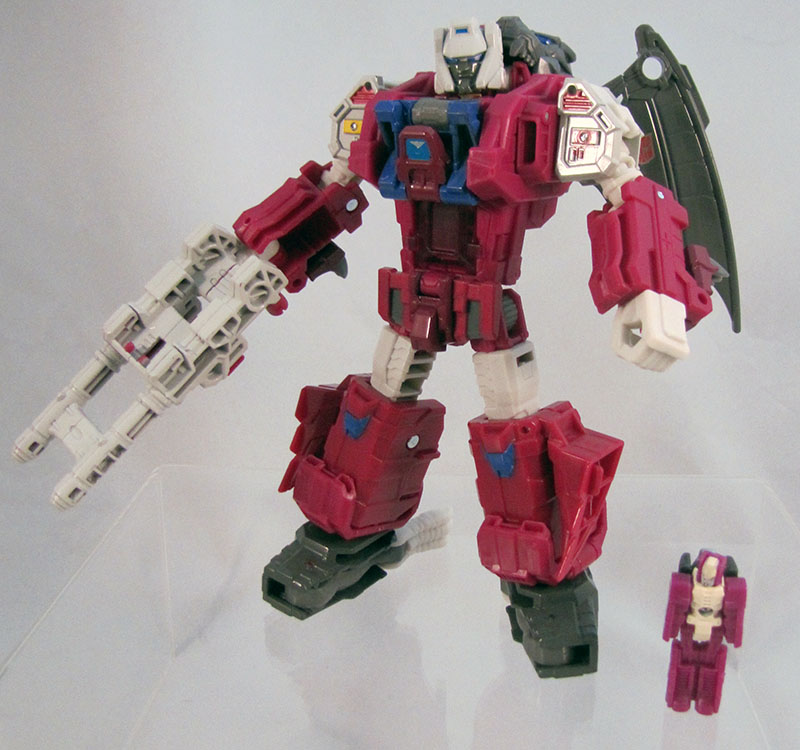 So let's set a scene.

It's 11:15am.  I've just gotten up, and I'm sitting on the potty.  (wait wait don't leave, let me finish)  I know there's the Transformers panel running at New York Comic-Con right then, and so I pull out my phone and start watching a live feed.

Oh, huh, John Warden is pulling out two toys.  I guess each is one of the toy's two modes?

......oh, i see, it is now suddenly on sale at HasbroToyShop.com right now 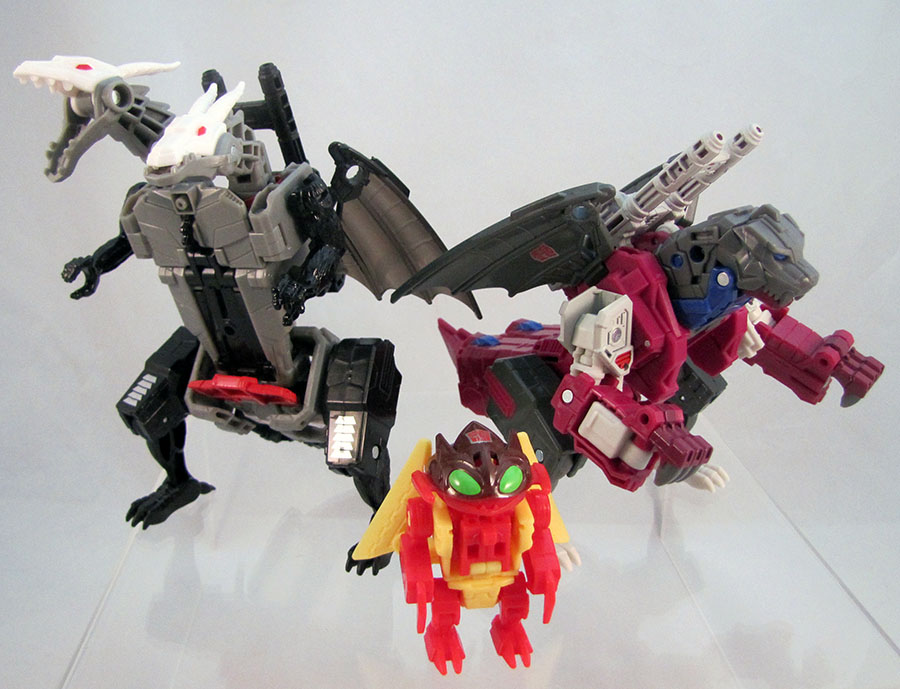 Can a man will himself to stop shitting so he can run to his computer and order exclusive product on a time budget of about ninety seconds?   The answer is, apparently, yes!

And a day later, here Grotusque (and his extra Titan Master partner, Scorponok) is.  These guys ship from Pennsylvania, and I'm just one state over, so the trek is pretty short.  It is ... insanely odd to go from "I just now know this toy exists" to "I have this toy in my hand" in a matter of hours.  Usually first you get the store listing, then you get the blurry and/or cropped stolen imagery, then you get the official announcement, and then you get six more months to wait for the damned thing to actually come out.  Grotusque went from Knowledge to Having in a day.  It's kind of rad?  I mean, definitely not rad if you were, say, at work that afternoon, and not a cartoonist who spends all day at home.  But for me it's definitely rad. 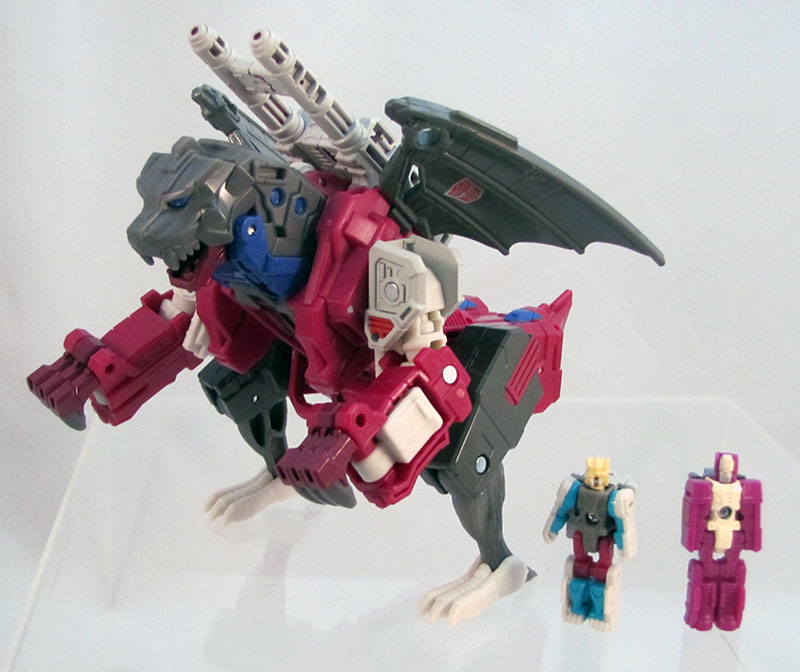 (He will reportedly be available later at Toys"R"Us as well, so there's another chance at him.)

Grotusque is half Doublecross/Twinferno and half new parts.  The bottom half, or the legs/tail is what's kept, while everything from the waist up is new.  (Okay, the wings and stomach are still retained.)  And, honestly, Grotusque is working for me a lot more than Twinferno.  Twinferno had this problem where his torso was awkwardly elongated, and he just looked kinda weird in beast mode.  But Grotusque throws all that stuff out and starts fresh.  The beast mode arms become robot arms, the beast head now opens and unfolds and integrates into the torso, and the result is a toy that looks proportional to itself in both modes.  So, like, score. 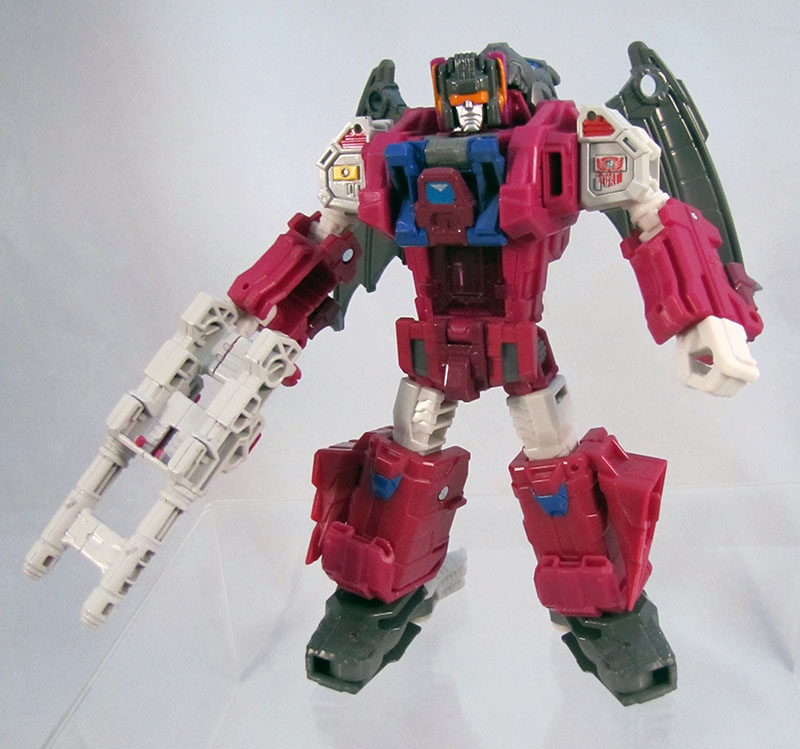 Like Arcee before him, Grotusque has a "premium deco."  That means they actually paint him.  They don't, like, go overboard or anything, but they put enough paint on him that he looks like himself.  There's lots of parts that are painted over entirely just to get them to be the right color.  The wings, for example, are translucent plastic under there.  His head, Fengul, is sculpted and meticulously painted (for a Titan Master) to look like the Battle Beast Platinum Tiger.  This attention to detail also nudges him over Twinferno.