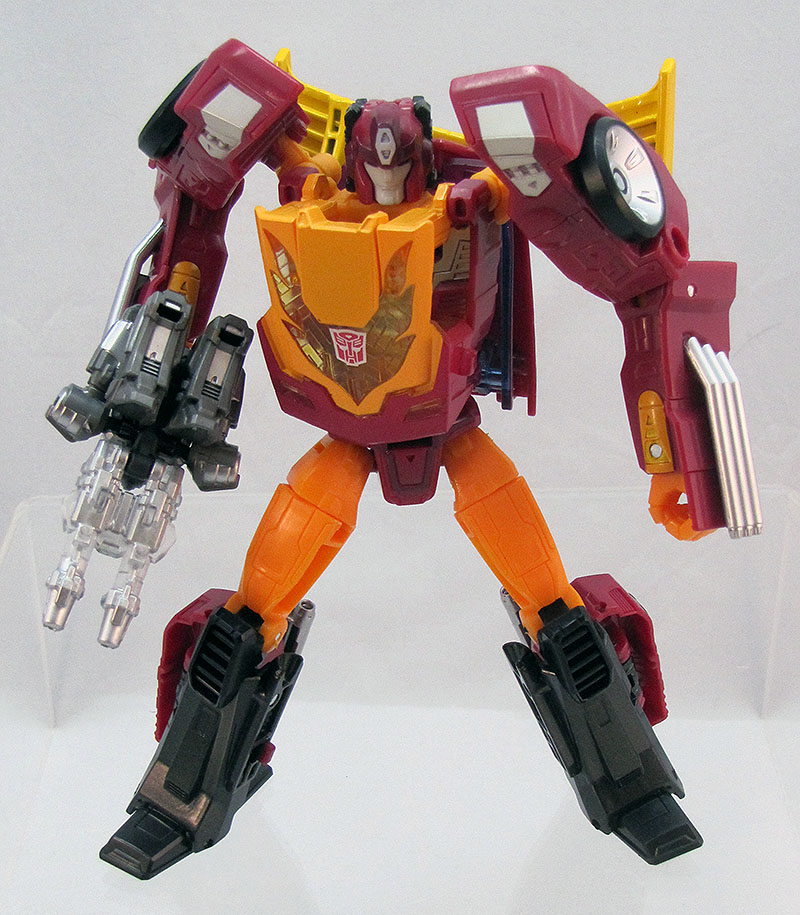 I always hang with Kup, got The Touch, go fish to unwind

okay enough of that

Very recently, the TFwiki.net Tumblr ran a bit explaining why Hot Rod's red sometimes and other times magenta.  No point rehashing it so soon afterwards here, so grab yourself a link and a read and come right back here!

I like magenta Hot Rod!  It's so much more interesting for the Heroic Protagonist Main Dude to not be boring ol' red but, like, y'know, practically pink.  Depending on your video transfer.  It's just... not normal.  I dig it.  And so I like when Hot Rods are animation colors rather than original toy colors.  Legends (Titans Return-ish) Hot Rod(imus) is one of those things.  He's not quiiiite as pink as I like my Hot Rods, but I demand a pretty pink Hot Rod, probably a level beyond anything we're ever likely to see. 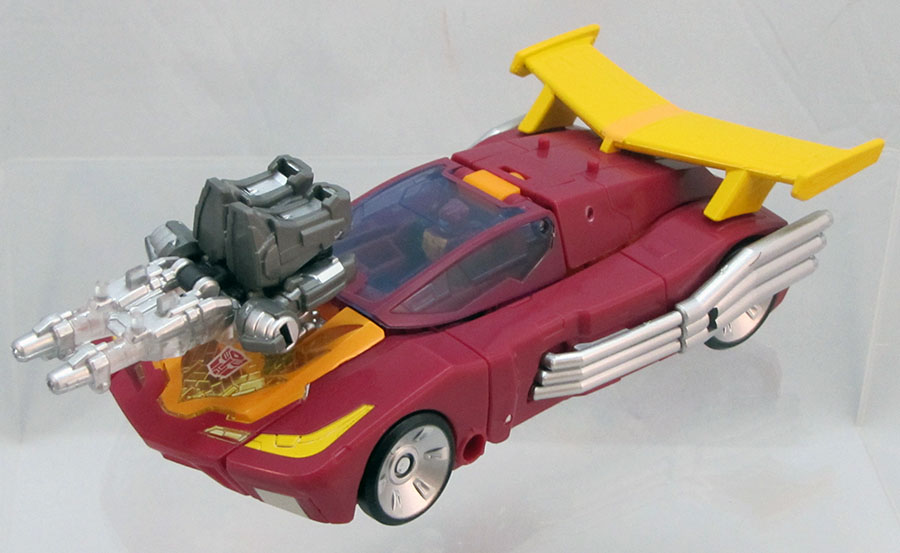 But I'm not, like, sold on the remolding done.  TakaraTomy has a higher threshold of "IS THIS MATCHING THE ANIMATION ENOUGH" than Hasbro that they seem to try to adhere to, and so Hasbro's Hot Rod chest/hood is gone, with the bare midriff, and in its place is a new chest that's more animation-accurate, but really just kind of looks like a huge bib.  That midriff was the right choice, visually.  Without it, the torso just looks overly long.  Yeah, sure, it has a rotate-y piece that hides the exposed engine and replaces it with Hot Rod's standard collarbone thinger, so the number of moving pieces is conserved, but it just doesn't look nearly as good of a torso.  And the flame's pointed pretty low on there, too, which doesn't help.  A tummy flame isn't a great look.

The translucent flame hole on his chest is a neat idea, and I'm also not sure that it works terribly well.  But points for trying to do at least something different than usual.

(i've included an older photo of hasbro's hot rod, as i kinda totally repainted mine so a direct comparison image isn't strictly possible) 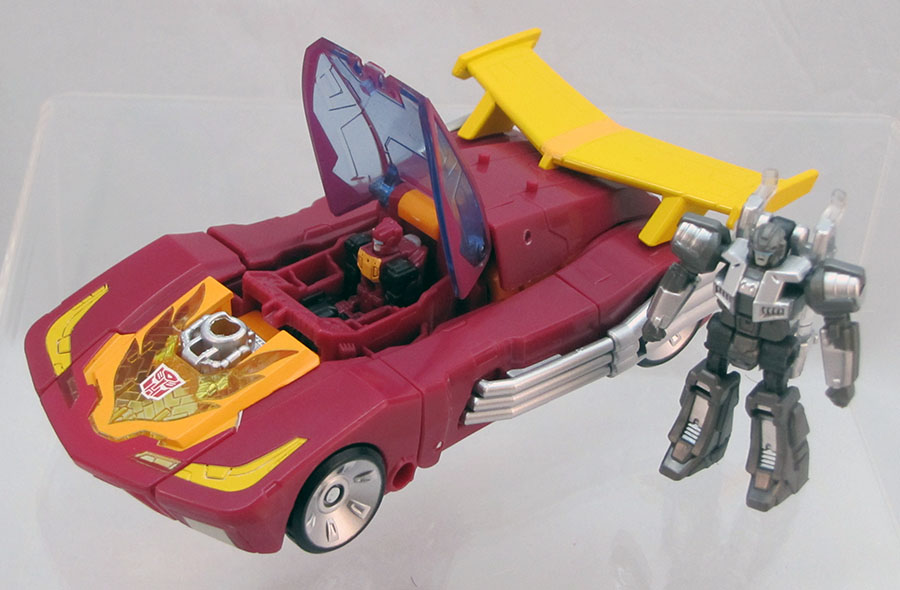 But the real reason I was after this release was I wanted Hot Rod's new Targetmaster parter, Firebolt.  In America, Firebolt transforms into Hot Rod's head, which is a departure from Firebolt's usual weapon mode.  In Japan, Headmasters aren't two guys, but a smaller robot piloting.... well, himself.  Themselves, I guess, since Windblade's on the way.  But with Hot Rod's head guy also being Hot Rod, that frees up Takara to give him a "real" Firebolt.  A transforming guy-to-gun robot.  And Targetmaster Hot Rod's always been my jam.  So I was gonna be after that.

if you don't know who that is, good