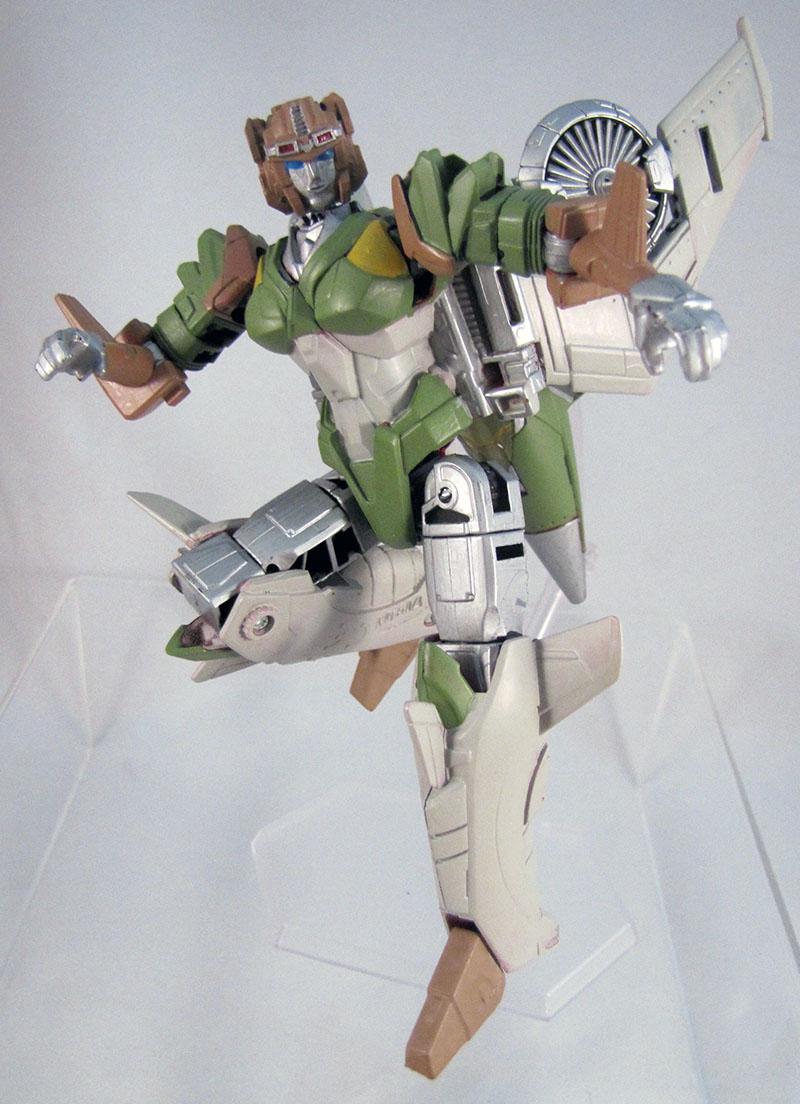 Of course Anode is my new favorite Transformers character.  She's a snarky lady asshole who's married to another lady Transformer.  I'm pretty sure I write like thirteen varients of this character already.  Her very existence makes me suspect at some point I get thrown back in time and become James Roberts.

Once Titans Return Windblade was announced, I was like, oh, hey, lady jet could maybe be painted into another lady jet (and both use propeller propulsion in some way), and I started making plans.  I asked Trent Troop to make an Anode head for his Shapeways store, and I bought one of those (in frosted extreme detail).  I prepared paints.  And, finally, I got a second Windblade so I could beige her up.

I have to say, this ended up looking more like Anode than I'd expected.  The translation went pretty well.  I mean, she doesn't turn into a space-biplane, and she doesn't transform the same (legs unwrapping into upper wings), but in robot mode she clearly has the right vibes and all the colors can go in the right places.

And so I am pleased. 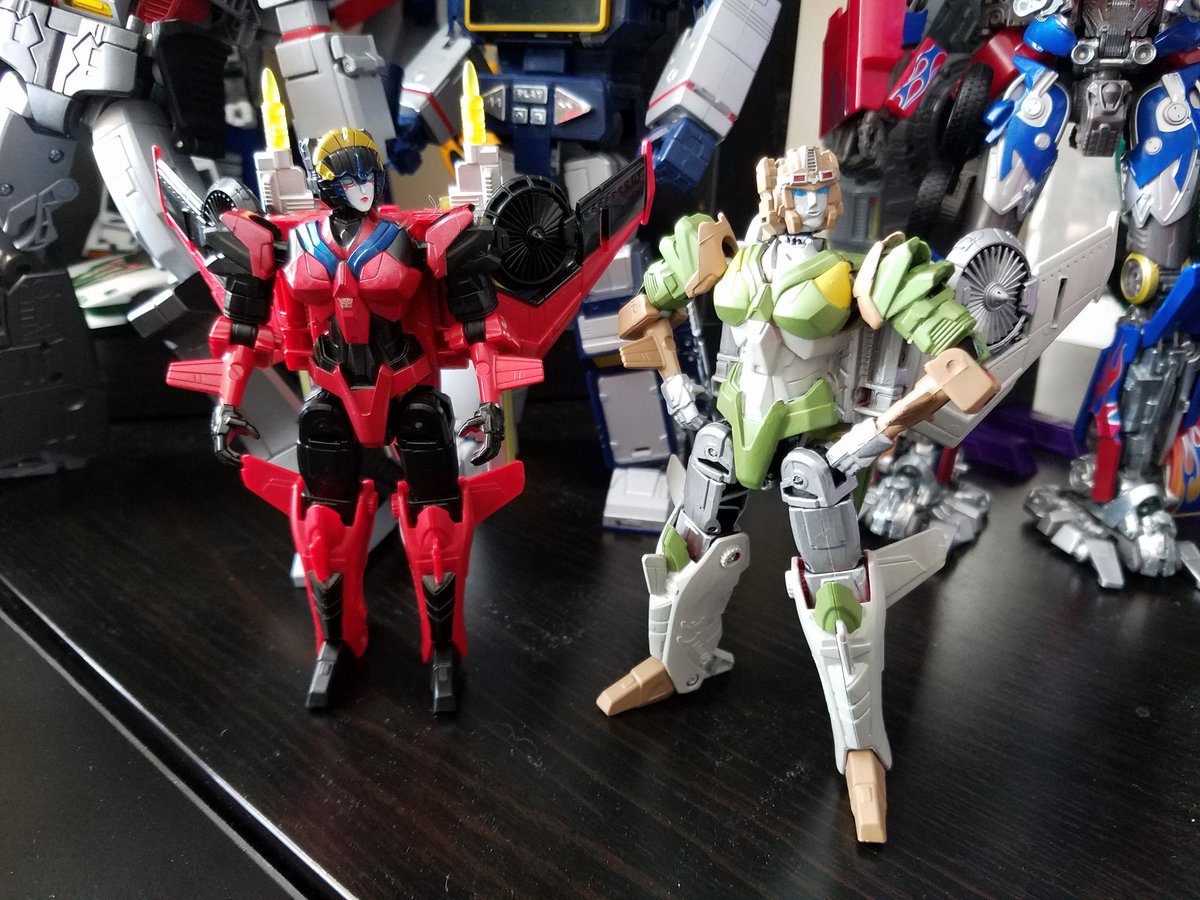