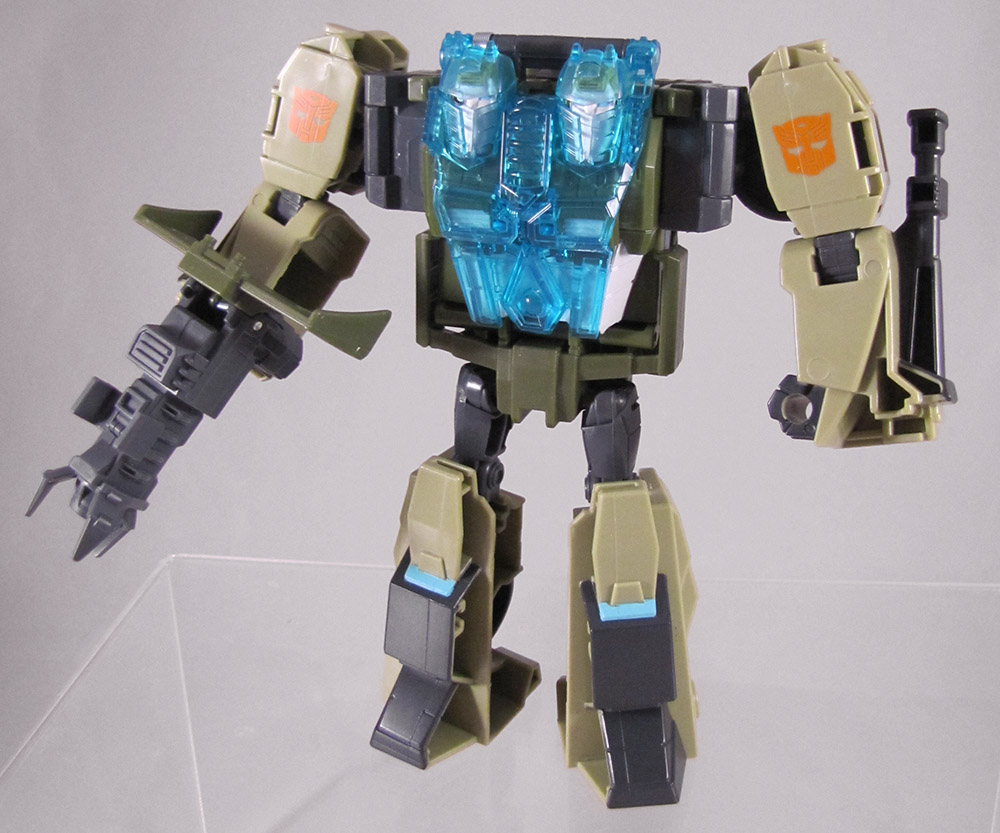 Let that float around in your brain a bit.  A Rack'N'Ruin toy.  And no, they're not even from the Serious Collectors Toyline, they're from the KIDS TEEVEE SHOW toyline!  Rack'N'Ruin is in Cyberverse, baby!  Rack'N'Ruin showed up in the goddamned kids cartoon and subsequently got a $20 action figure.  That's not even the smaller size class.  They're an up-sell, baby.

Backing up to Who The Eff Are Rack'N'Ruin for some of you, there were some Marvel Transformers comic book stories exclusive to the United Kingdom back in the 80s.  There was a team of Toys Not Appearing Elsewhere guys called the Wreckers, and to fill out their early ranks (until they could get more Toys Not Appearing Elsewhere), there were two (three) folks that Marvel just absolutely totally made up.  First there was Impactor.  He was the leader and he got murdered very quickly to make room for Springer (an actual toy) to take his place.  And then there was Rack'N'Ruin, who is two green guys attached at the shoulder, forever.  One has a hammer for an arm and one has an anvil.  They can't transform.  (Because, y'know, two guys attached at the shoulder, forever.)

Aaaaanyway, 30 years later, and I guess the folks writing the Cyberverse cartoon were all EFF YEAH, RACK'N'RUIN, CUZ WE'RE INCREDIBLE DORKS and put them in the show.  Just... Rack'N'Ruin, being in an actual Transformers cartoon that children watch and having scripted lines.  What the what? 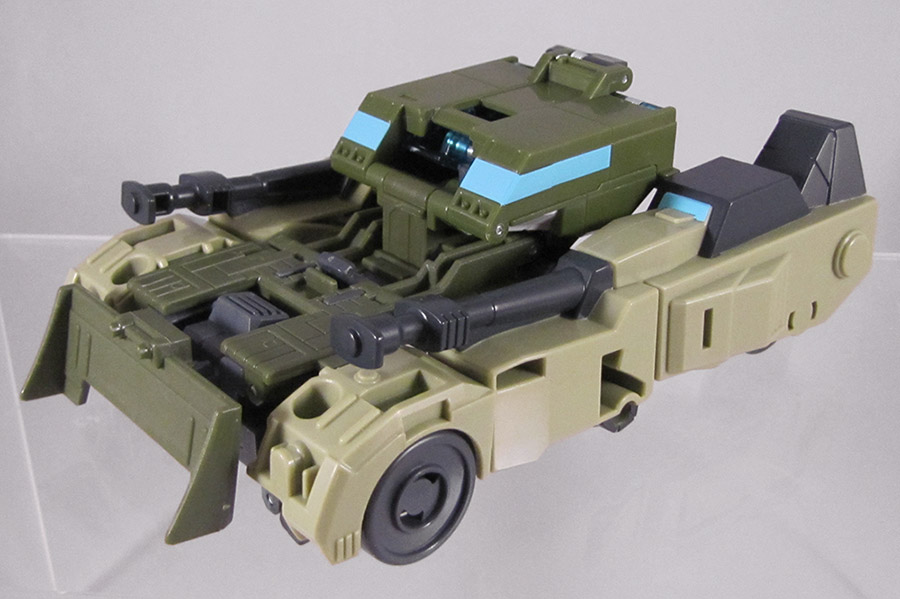 And so later he got a toy.

It's not even that being on the cartoon means you get a toy automatically.  There's quite a few folks that've appeared but aren't slated to get toys!  Folks that actually transform into things!  And yet here's Rack'N'Ruin, on shelves, to buy, where people can see him.  (In theory, 'cuz pandemic.)

Unlike the original Rack'N'Ruin, who was attached only at the shoulder, Cyberverse Rack'N'Ruin also shares a lower torso between the two conjoined Autobots.  So instead of there being four legs, there's just two.  And the toy has an altmode, an armored mine-sweeping car.  It's a part of the Energon Armor subline that's going on right now, and so you can spring-load deploy some translucent armor to pop out of his torso and cover his face and chest.  The unarmored faces, as seen on the cartoon, are based on Rack'N'Ruin's unhelmeted faces from the IDW comics, with one guy having a monocle and the other guy having two eyes.  The toy's armored faces are similar to the traditional helmet, with the slit eye, but the view slit is shaped more like Boba Fett's T-shaped visor. 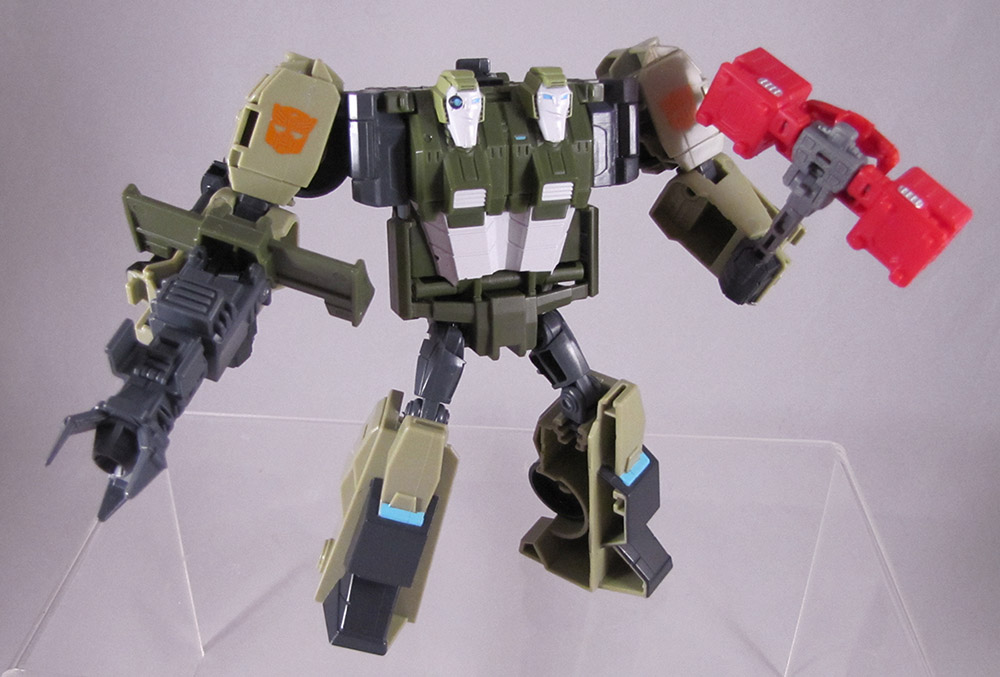 The toy is sculpted to look like Rack'N'Ruin has two conjoined bodies, but the paint sadly obscures this by painting his midsections solidly across.  If the middle gutter between the two stomaches were left unpainted, it'd read more as two distinct torsos.

The robot mode has above-average articulation for its size class, which is generally gimmick-prioritized.  They've got balljointed shoulders and hips, and universal elbows and hinged knees.  The heads do not move.  It stands at about Tall Deluxe Class height, if you want to put them with your other Wreckers from other toylines.  They fit in reasonably enough.

The transformation is... well, you're essentially doing the old H-tank arrangement, where you bring up the knees to plug into the arms while the robot mode does the splits.  The mine-sweeping shovel (cowcatcher?) pops off his back and it's attached to the back of his weapon, which he can hold like a gun because it is one.

I like to give them Stege/EarthRise Smashdown, so that Rack'Ruin has his hammer, but sadly there is not a Battlemaster that transforms into an anvil.

HOW DOES THIS TOY EXIST