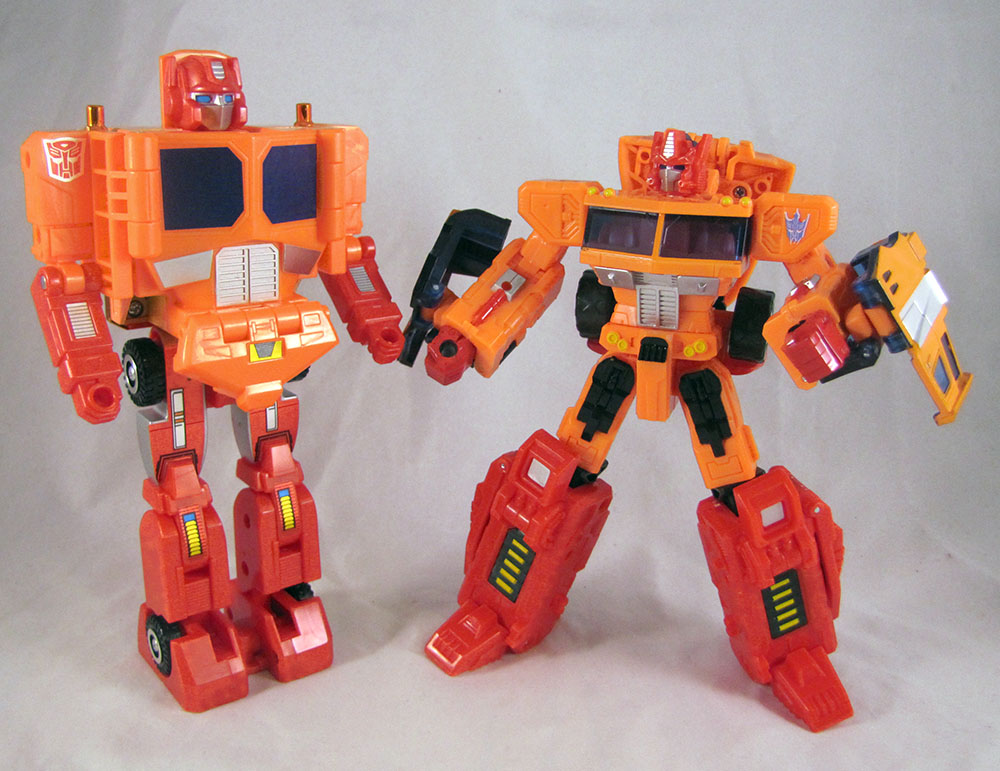 This BotCon's set had a few things I wouldn't have thought I wanted but once presented with them I was all OH YEAH.  Like, say, "Hey, do you want another Classics Optimus Prime redeco?"  If that was said to me?  Naw.  No thanks.  I've got like four versions of that guy already, and one of them from BotCon.  But no no no let them clarify:  "Hey, do you want Classics Optimus Prime in FRIGGIN' SUNSTORM ORANGE as FIRE GUTS GINRAI?"

I've said before that Powermaster Optimus Prime is still probably up there at the top of my list of favorite Optimus Prime toys.  Yeah, it's a placement fueled in nonnegligible amounts of nostalgia.  It was my first Optimus Prime toy as a kid.  It combines with its trailer to make a bigger robot.  It's a cool toy.  Well, once Japan did that sucker up in friggin' orange (and red) and that was their Fire Guts God Ginrai toy.  (Powermaster Prime was a human trucker named Ginrai in a mech suit in Japan, not Optimus Prime.)  I own this, because it's friggin' Powermaster Prime in orange.  It's beautiful. 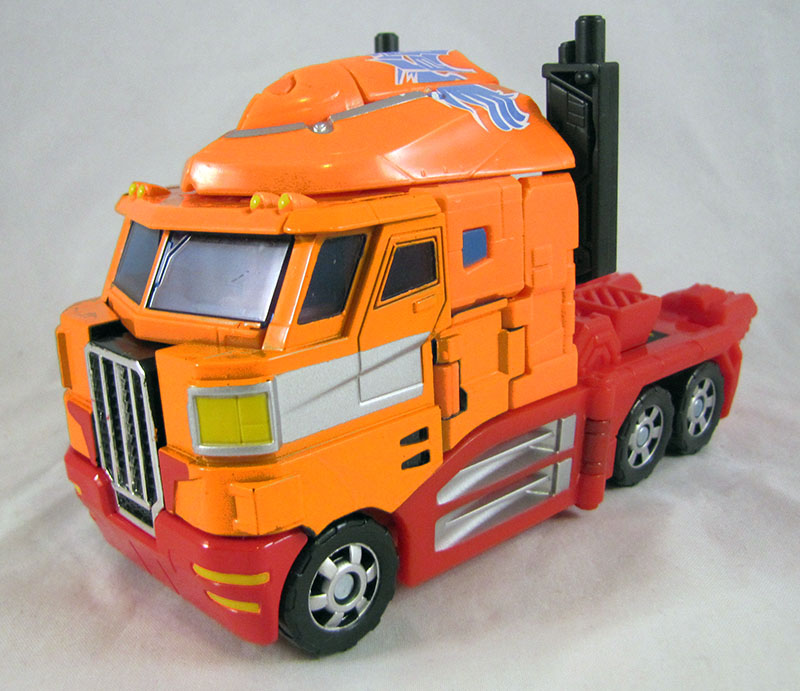 Well, BotCon apparently decided to homage that version of that guy as a redeco of Classics Optimus Prime, for reasons I can't imagine other than to please specifically me.  Let me tell you about this guy.  The photography is worthless.  Whatever color orange he is (same goes with the original), it doesn't photograph.  It's close to that creamsicle Sunstorm orange I love the best, but I can't get Photoshop to make my photos approximate it.  Regardless, it's astoundingly pretty.  There's some chrome involved too, on the truck grill.  It's a fantastic-looking thing.

Ginrai is supposed to be a Knight Commander.  He comes with two guns!  So apparently BotCon wants you to use one of his guns, untransformed, as a shield.  You half-transform his arm so it can peg into the handhole, and then the "shield" points forward from his wrist.  It's clever, and makes him feel a little more Knightish.  Albeit, y'know, a knight with a giant rifle.

I just want it to be on the record: BotCon, you can redeco anything in these colors and I will buy it.