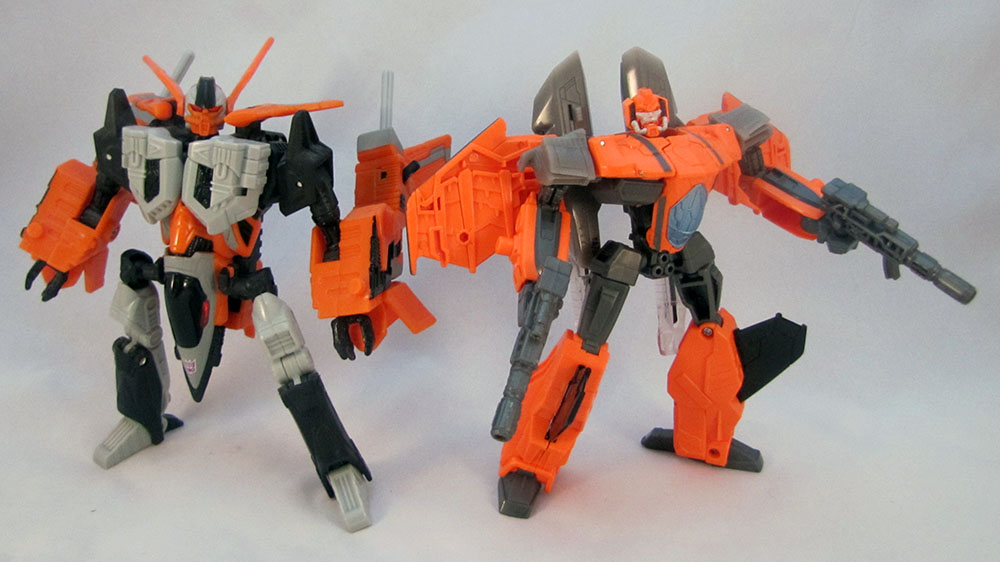 Look, I don't know if anybody knows what was going on here.  We finally got a toy named Jhiaxus that's sculpted to look like Jhiaxus but then they tried to color him like the other Jhiaxus and they failed at doing so.  What is even the deal?

I like my orange stuff.  I do!  And I'd be up for an orange Jhaixus, and I certainly was.  But, man, you know why old orange Jhiaxus worked?  There was some color contrast.  He was orange and light gray and black.  New orange Jhiaxus tries to do that but it ends up this entire orange/gray single-value lump.  If you put him in grayscale he'd look all the same color.  That's the problem. 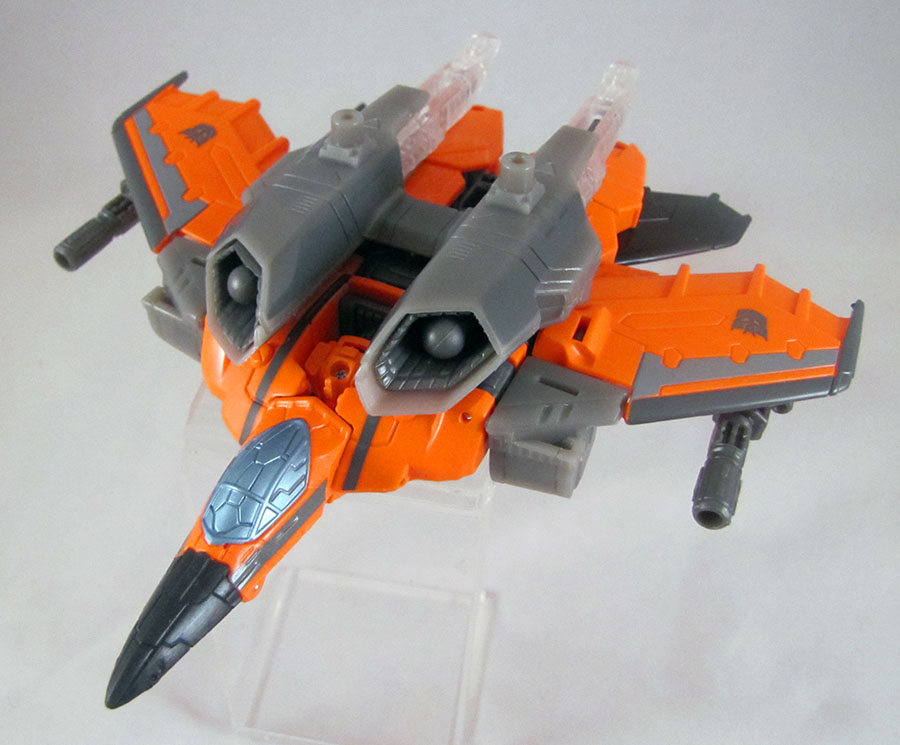 To be honest, Jhiaxus's "real" colors (white, yellow, teal) don't look great on this mold either -- I've seen people try to paint it up like that and I don't think it really works.  But, at least, it avoids the single-lump-of-the-same-value-everywhere problem.

Everything else about this guy is great.  He's based on the phenomenal Generations Armada Starscream toy.  He's got heaping amounts of retooling -- new wings, new torso, new head, new weapons.  He's ORANGE.  But orange in THIS way, versus another color that doesn't set apart from the orange at all, is what plummets this toy into the Aw Dammits.  This toy is the result of somebody's Monkey Paw wish.