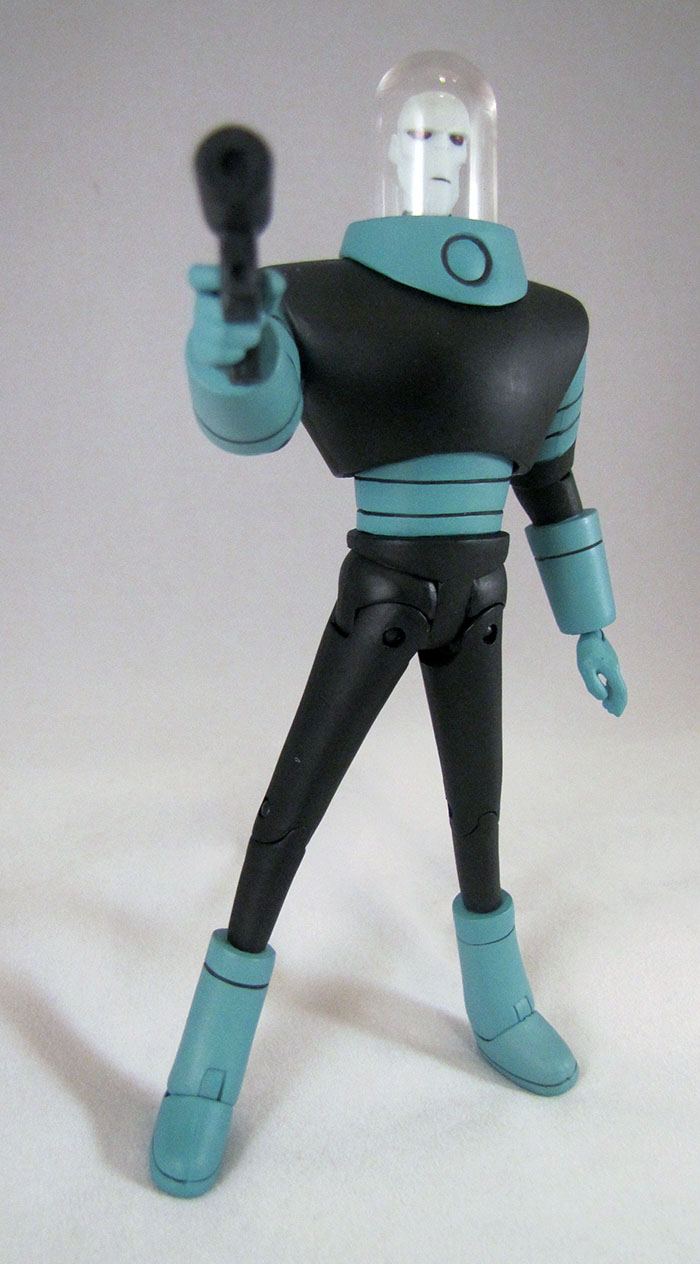 Just like Batman in "Heart of Ice," I have the sniffles, so let's talk about Mr. Freeze.  SYNERGY!

Behold, it's hyperposeable Mr. Freeze!  ...which seems kind of oxymoronic.  Of all the folks who need the possibility of dynamic poseability, he's kind of low on the list, if not off it completely.  The old Mission Masters Mr. Freeze based on the same design seemed sufficient enough with shoulders, neck, and hips.  I mean, dude is dead to emotion.  He doesn't move much.

But hey, good news, sort of!  Mr. Freeze does have a lot of articulation, but some of it's pretty shallow.  We're talking, like, his elbows move maybe 20 degrees.  So you can get a little bit of subtle movement to him, but he's never going to be dynamic.  His legs are way too long for him to look anything but doofy anyway.  I do appreciate his universal shoulders and his articulated ankles, though.  You wouldn't think thick boots like his could integrate ankle articulation, yet they do.

Like the other toys in the line, Mr. Freeze comes with an assortmant of alternate hands.  Be careful yanking them out and pushing new ones in.  I broke my Batman that way, and I ain't gonna let it happen to one of these toys again.  He also comes with his freeze gun, and there's a hand that's sculpted to hold it, so I'd recommend getting that hand gripped around the gun while the hand isn't attached to the wrist.  It's gonna take some shoving, and you don't wanna accidentally shove something wrong and break the peg. 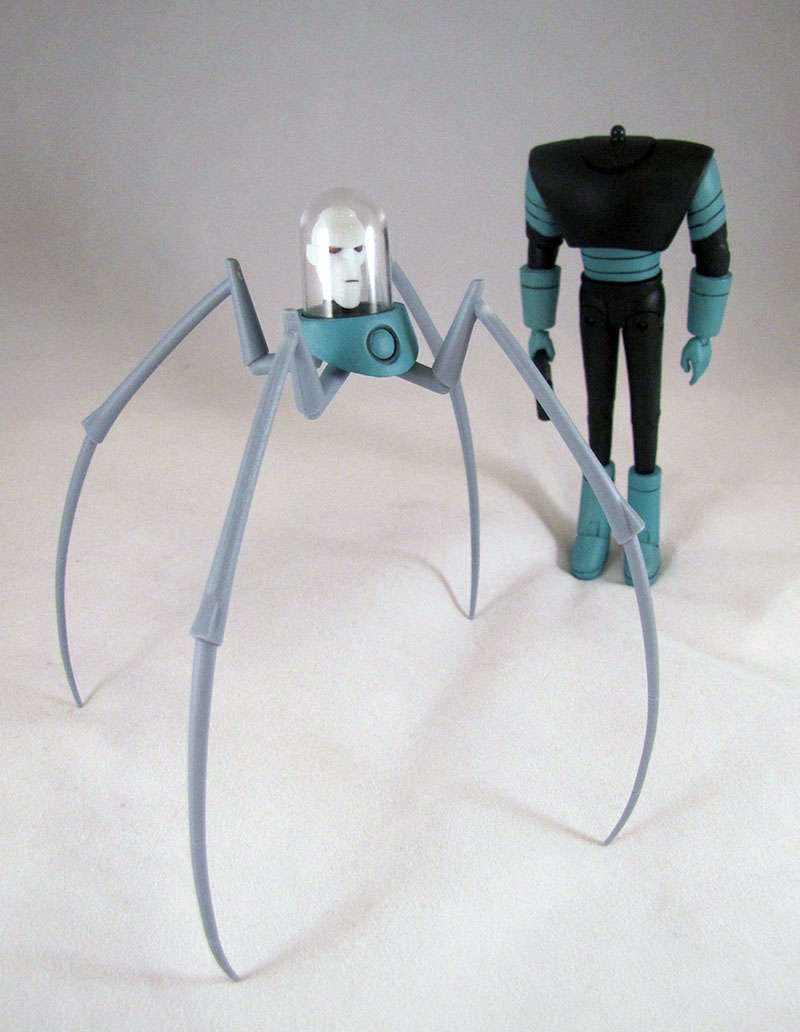 Mr. Freeze also comes with those sweet-ass insect legs that he had in "Cold Comfort" because his body disintegrated and he was just a head on a robot body.  They are tall and sleek and they attach via balljoints to the bottom of his collar.  This will also require excessive force.  Those balljoint sockets are friggin' tight.  Be careful to only push on the balljoint itself, because those legs may show plastic stress at other areas.

And, of course, he comes with a stand.  Mr. Freeze has the largest feet of any of these guys so far, but he's so tall and lean that he needs the stand anyway.  As with the others, his character model turnarounds are printed on the surface of it.

Mr. Freeze is friggin' beautiful, but fragile.  The former wins out with me, and so I adore him, but you still wanna keep your mind on the latter.