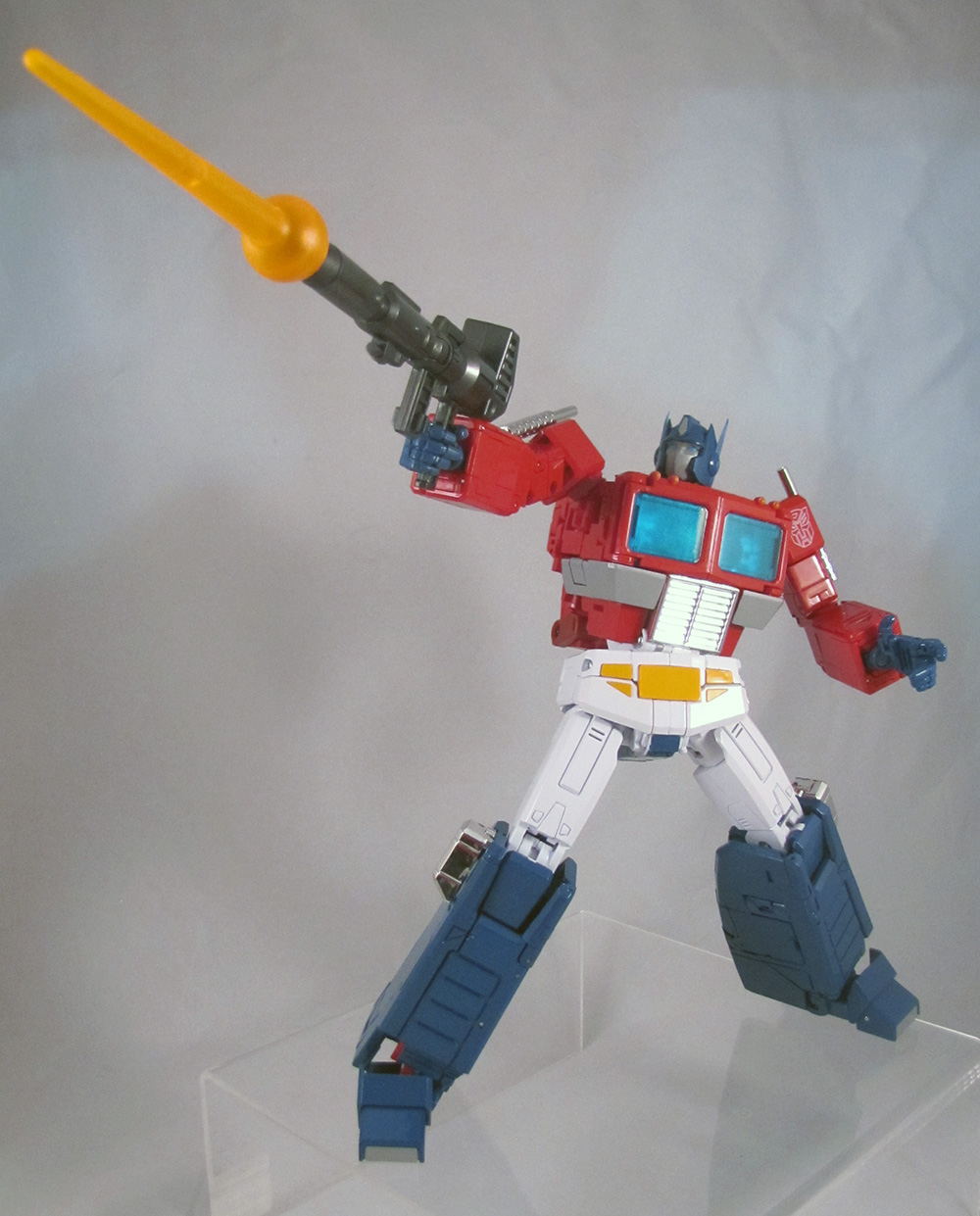 I think I described Masterpiece-36 Megatron as a toy you don't transform so much as you sculpt.  You kind of massage one form into the other at a much more granular scale than is typical.  The forearm's the wrong shape coming out of the vehicle mode?  Moosh it.  Moosh it into its proper form.

A truck cab has too much mass up in front and not enough out back for it to translate into the proper shape for robot mode?  Just grab some front mass and move it to the back.  Move it and moosh it.  Like modeling clay.  It's similar to a live-action movie transformation, but just, y'know, resulting in a clean, cartoonish robot. 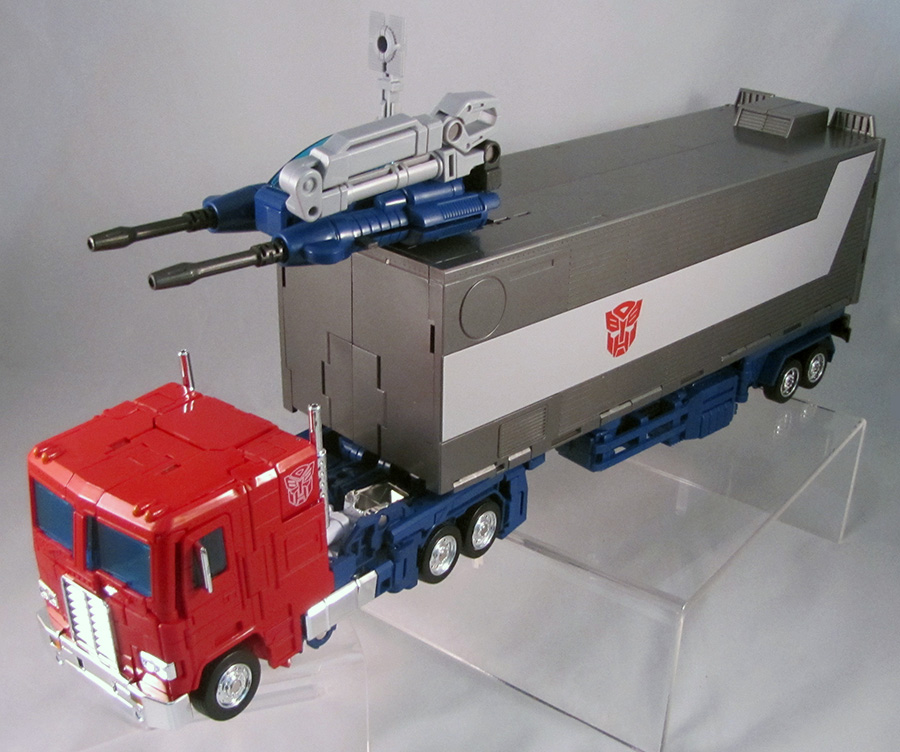 And it takes a bit.  I wouldn't categorize the process under "fun," particularly, but there was nothing about it I hated.  It's just kind of low-key tedium.  But it's hard to argue with the results.  The cab looks like the cartoon's cab, lack of silver stripe and all, and the robot mode looks like the cartoon's robot.  Like, literally like it.  And not in a sterile way, like the starkly boxy $5 nontransformable G1 Optimus Prime figures you can find at Walmart.  He looks as alive as a representation of That Particular Character Model can be.  Which is surprisingly a lot.  This toy pokes at your lizard brain. 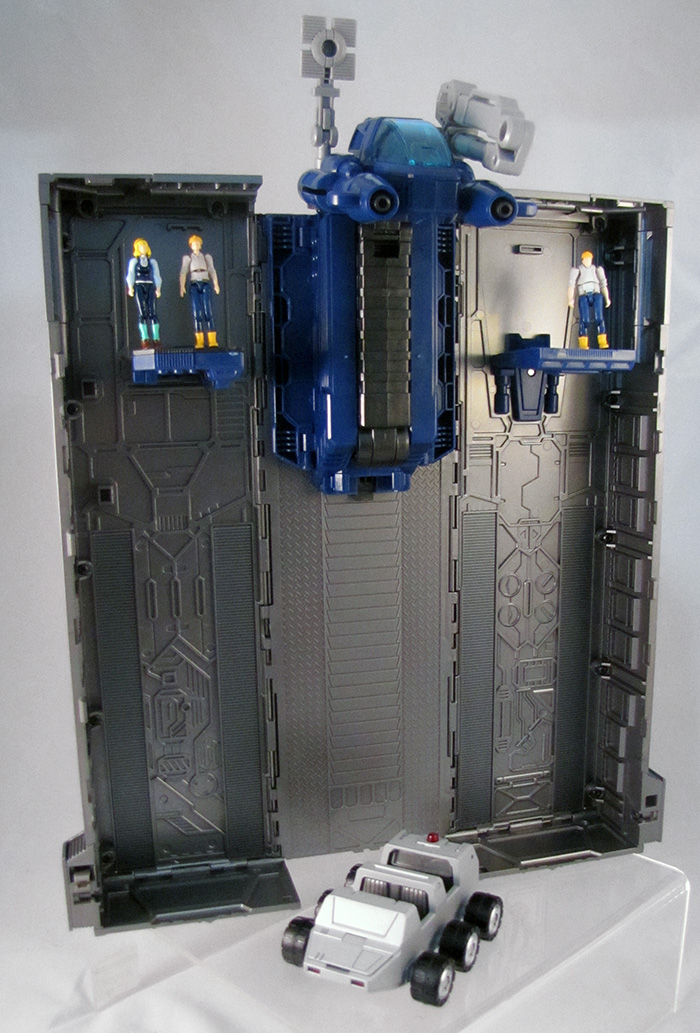 MP-44 Optimus Prime comes with a lot of stuff, all of it from specific cartoon episodes that I don't particularly care for.  Sure, there's the hand-axe (which was also in the Marvel UK comic), but there's Sideswipe's jetpack he can wear, there's Starscream's head and shoulder kibble you can add so you can pretend this was Starscream dressing up like Optimus Prime to fool humanity in... I want to say "Megatron's Master Plan"?  There's a beat up head and a busted ab slice you can swap in if you want to approximate Optimus Prime's broken form from The Transformers: The Movie.  You can transform and remove the Combat Deck stuff inside the trailer to reenact an animation error where Combat Deck popped out of himself as a mini version of himself on wheels.  There's tiny articulated figures of Spike, Sparkplug, and Carly. 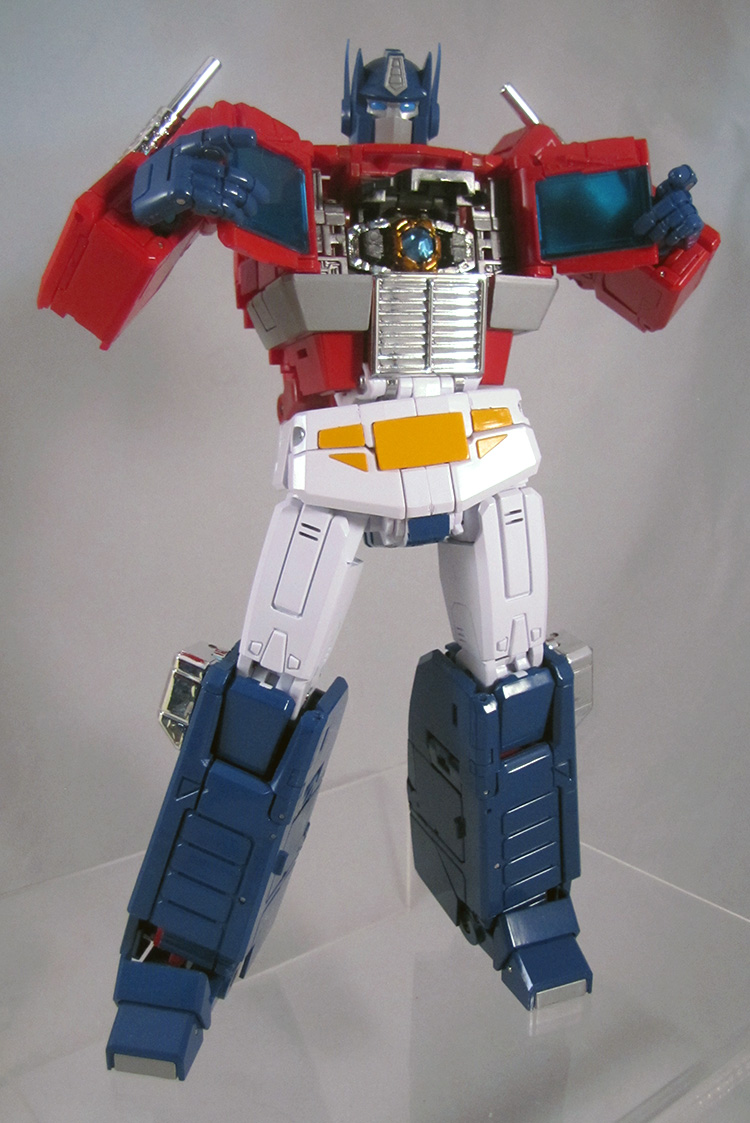 MP-10, the previous Optimus Prime Masterpiece, didn't look like it really belonged with the other guys I'd amassed to stand next to him.  Prowl, Ratchet, Ultra Magnus, Wheeljack... They were all very cartoony.  MP-10 kinda stood out a bit, more and more.  Especially versus the new Megatron.  MP-44 is a re-alignment.  It settles better in the groove that Masterpiece decided it was gonna inhabit, for better or worse.