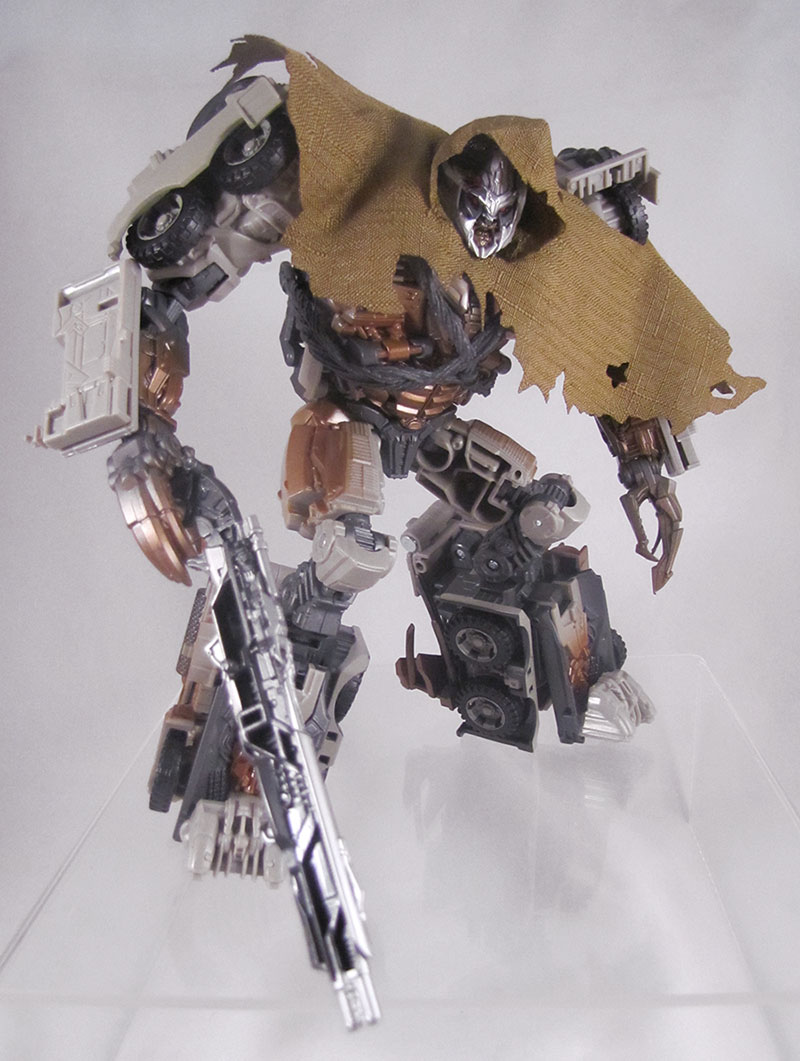 So far the Studio Series Leader Class toys have been pretty baller.  Like, Blackout and Grimlock?  Very good.  And here comes Dark of the Moon Megatron and... oh no, he's also baller!  Dang!  Oh no!  These are all great!

For Dark of the Moon Megatron, it's about time.  He's my favorite live-action Megatron design, largely because he actually turns into some kind of Earth thing.  Plus he's wearing a tarp on his head like he's Obi-Wan Kenobi, chilling in Africa shooting elephants (but only in a scene cut from the movie but left in the various adaptations).  He's such an impressive visual that Megatron even looked like that for a bit in the IDW Generation 1 comics.

The original Dark of the Moon Voyager Class toy of this design was Not Impressive!  He was this dinky, skinny little thing.  Gangly, even.  And so that never really satisfied.

But this new toy does that design very well!  Does it an amount of justice!  You may be put off at first by the soft goods, since it's very obviously a small piece of beige fabric that does not look like it is actually a very large tarp on a very large robot.  But you can squish it around a bit in your fingers, or get it wet and drape it better until it dries, or other kind of weathering techniques, and it starts looking pretty okay.  I am not really done playing with mine yet, because I didn't want to make too many changes before taking photography.  Didn't want to give off too false of an impression.  But I'll be wadding it up a bit now that I'm wrapped here.  See if I can get properly to Ragged.

Impressively, Megatron scales well to Studio Series Optimus Prime in vehicle mode.  Like, their semi cabs are the same size, with Megatron towing a large covered trailer behind him.  How does this work, with Megatron transforming into only a slightly larger robot?  Here's the secret:

the truck cab is essentially hollow

For real, look under it, and there will be nothing in there.  It's a shell.  It breaks up into pieces and then compacts into his legs, which are much less hollow, because they are several strata of truck cab wadded up.  And then his thighs and upwards become the entirety of the trailer.  Fold the tarp over the top, wrap his little rubber chain harness across that, and you're done.  It's a very large truck-and-trailer mode, and it looks very neat.  Very Mad Max, with the spike bumper and what-have-you. 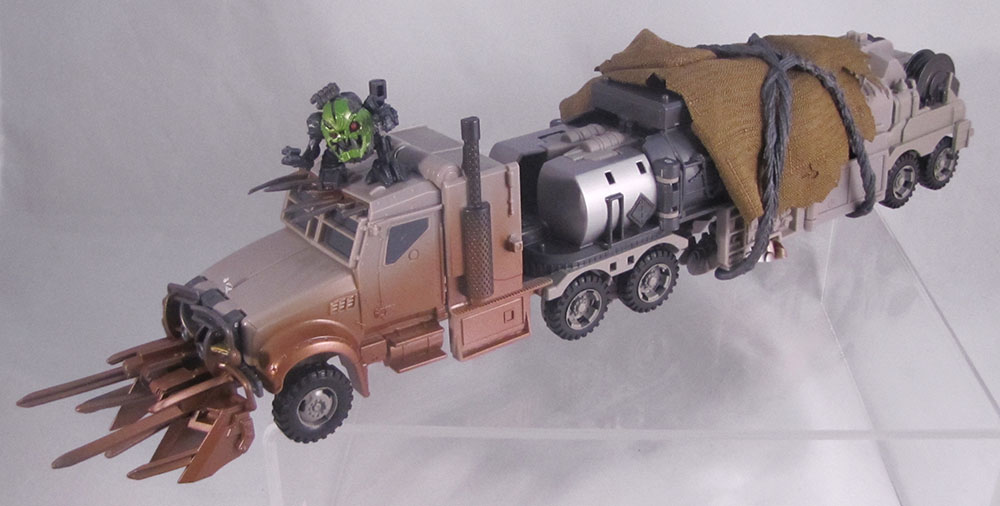 And then you unwrap it back into a large hunchy robot with half its skull blown off and wearing a hood.  He's got a lot of personality and I like it.

Bonus: He comes with Igor, the little disembodied head guy who appeared in the movie but otherwise didn't receive a toy, possibly because Hasbro didn't know he existed until it was too late.  Hasbro also didn't know DOTM Megatron carried a shotgun, and they released the shotgun with an Optimus Prime from the following movie.  It happens.  But hey!  Igor!