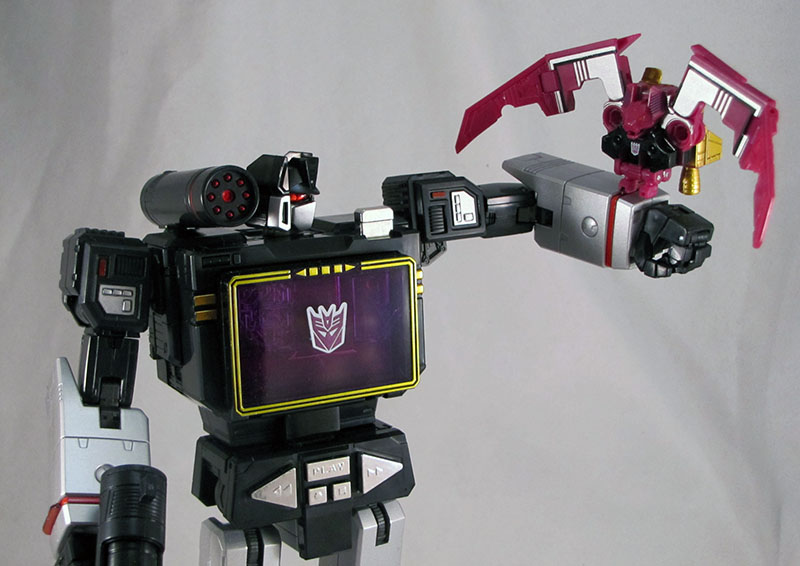 Ratbat is an expert at shrewdly spending resources, and so I don't think he'd be pleased by how much I paid just to get him.  In fact, I'm pretty sure I'd be in pretty big trouble.  I'd probably be fired.

Masterpiece Ratbat comes with Masterpiece Soundblaster, who is Soundwave with his blues swapped out for black.  As I've stated previously, the two kind of look the same if you squint.  It's not a very daring redeco.  I've bought Soundblasters to get exclusive Recordicons before, but the Soundblaster-to-Recordicon ratio has never been quite so staggering.   I paid $20 to get Fall of Cybertron Buzzsaw.  I paid about $70 to get Enemy and Wingthing.  But Masterpiece Soundblaster and his one exclusive little guy is about $150 depending on where you get him from.  I don't expect to see Ratbat released in any other manner -- would Toys"R"Us USA bother with a black Soundwave and a bat?  -- and so a bullet was bitten.  I have to have Ratbat.  And, hey, I have pornlord money now, so pornlord money spent! 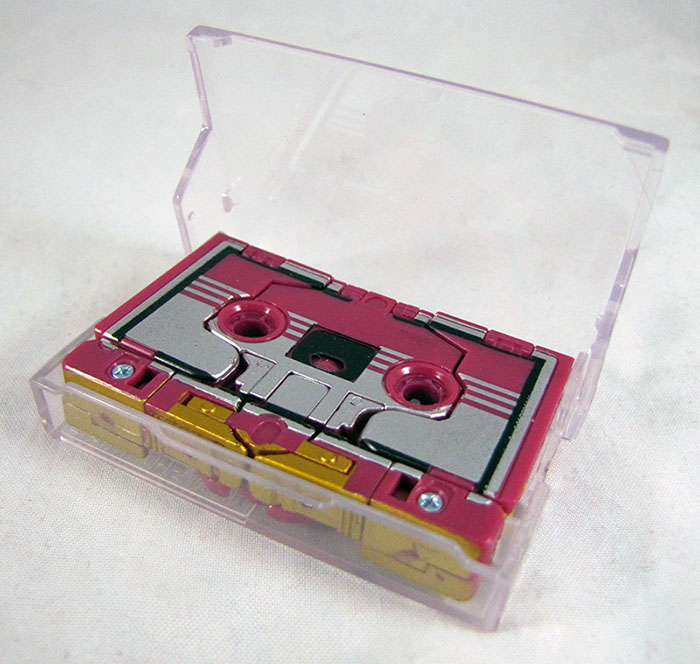 And, yeah, it's not like it's going to be lucrative to unload the unwanted 90% of this arrangement on eBay.  Nobody's buying him for the black Soundwave, and if they were, they probably also want, you know, Ratbat.  It was kind of funny to see some folks claiming they'd just buy Ratbat separately, loose, on eBay, from those who only wanted the Black Soundwave.  Yeah.  You try that.  Meanwhile, I'll find Bigfoot. 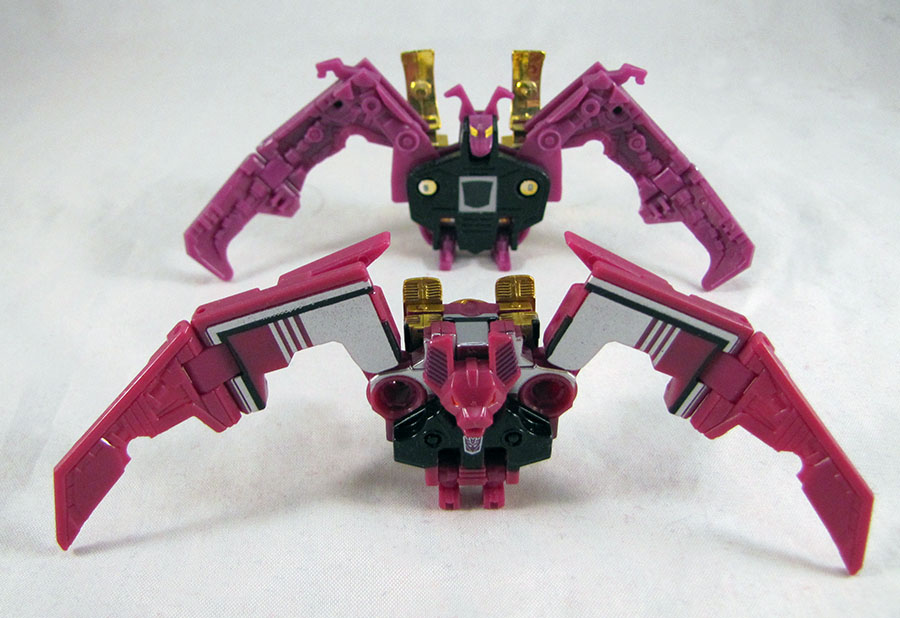 Anyway, Ratbat himself is pretty great.  WHICH HE'D DAMN WELL BETTER BE, CONSIDERING.  Just like the two condors and Ravage, all his parts are integrated into his transformation.  You don't pop those gold chrome weapons into him at the end -- those parts are built into him from the start.  And, like the condors, it's pretty amazing that it works.  He's just a tiny bit more complicated than them, but not so much that it's annoying.  And he's way less fragile-feeling than Ravage.

And he's leader of the Decepticons.  Have I ever mentioned that?  I probably have.  But I mentioned it again.  Plus he kicked Fortress Maximus's ass.  He's a tiny god.  A tiny accountant god.