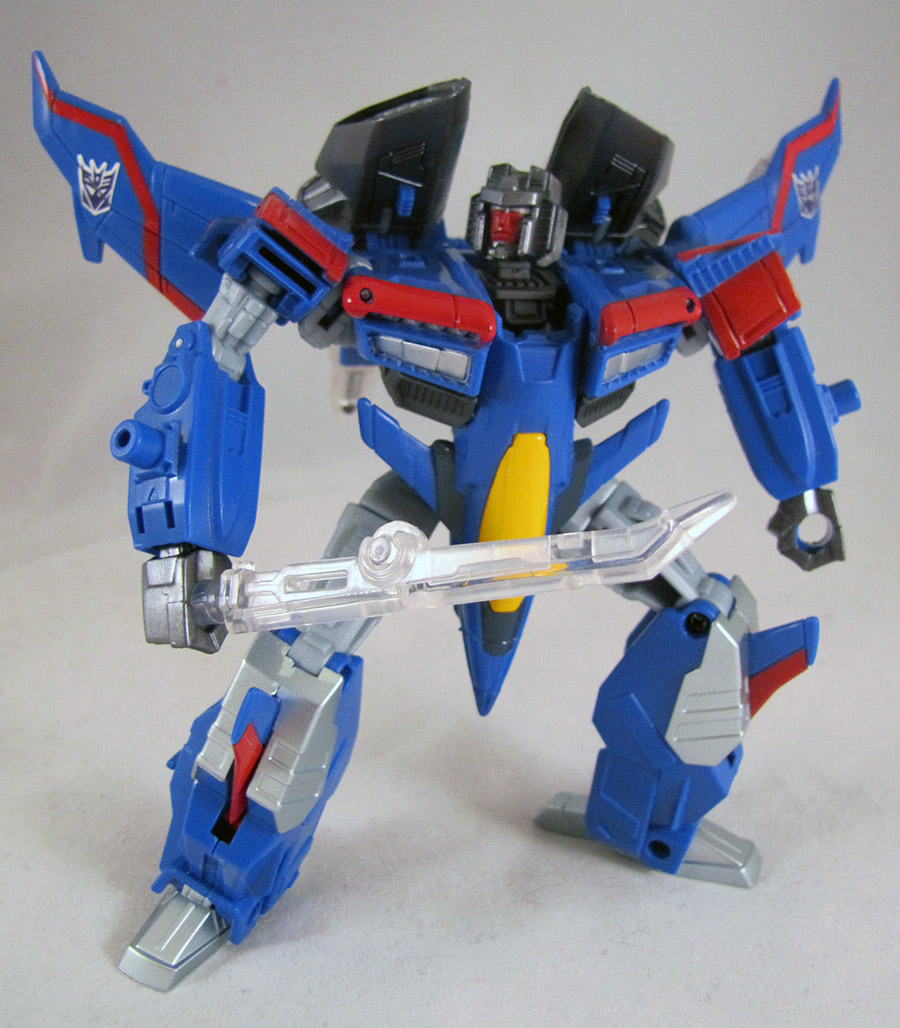 Armada Starscream from earlier in the Generations toyline was a pretty damn good Starscream toy.  It was a new version of... well, Armada Starscream, but shorter and with shoulder joints and you didn't need to have a Mini-Con to make his missiles fire.  It was a joy.  I mean it, it's a great little thing.  So much that when Cheetimus painted one up like Sunstorm I was like YOINK and bought that fucker.

This is Starscream Super Mode, because way back in Armada, when they redecoed everybody, they made them into upgrades of the same guy rather than new characters.  But Starscream's "super mode" was in Thundercracker's colors, and so when he got upgraded in the cartoon the English version dubbed in a little "I look like Thundercracker!" comment and the toy was sold as Thundercracker.  Otherwise, Starscream in this deco is known as the Starscream who goes total Linkin Park angsty and gets himself disintegrated by Unicron to make Megatron so way sorry for the way he's been a stupid jerk, DAD.  I'm serious, there were so many Linkin Park AMVs.  He tried so hard and got so far, yo.  But in the end?  (he came back as a zombie in the next series and then in the series after that he was totally fine, so... no, it didn't really matter) 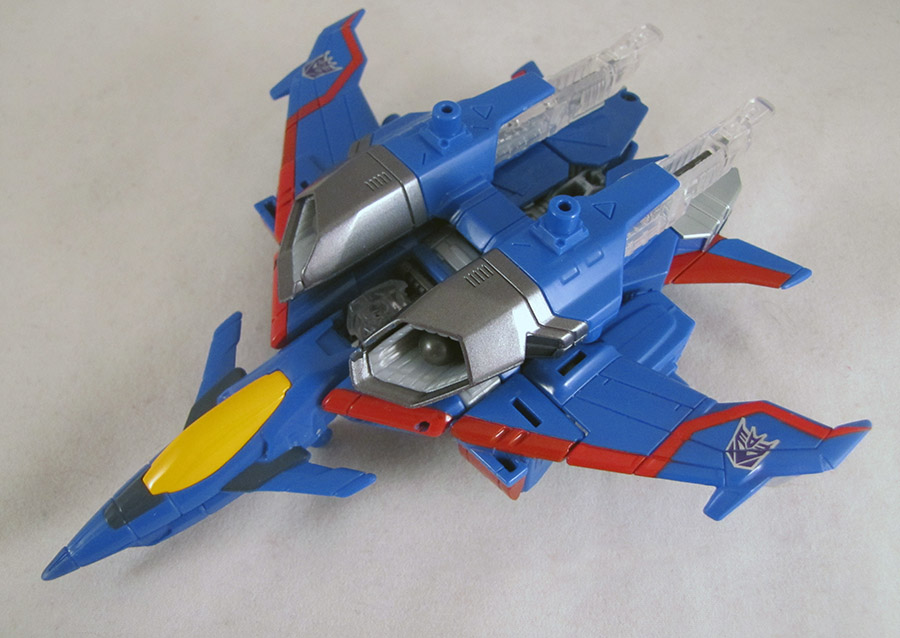 But hell yeah I'd buy a Starscream Super Mode or Thundercracker or whoever.  I loved the deco on the original toy, which was certainly inspired by Thundercracker, but took a few left turns.  For example, his eyes had to be silver.  They really had to, to keep the rest of his deco silver where it needed to be silver.  And that plastic sprue was nylon, which is unpaintable.  And so instead of having his face be red-eyes-on-silver-face, Armada Thundercracker was red-face-on-silver-eyes.  Which is, you know, striking.  I'm very upset this did not pay forward in later Thundercracker toys.

I do think the deco loses a little something when his blacks are gunmetal instead of black.  But whatcha gonna do.  It's my only sort of not-really complaint.  I like this toy a lot.  Give me more. 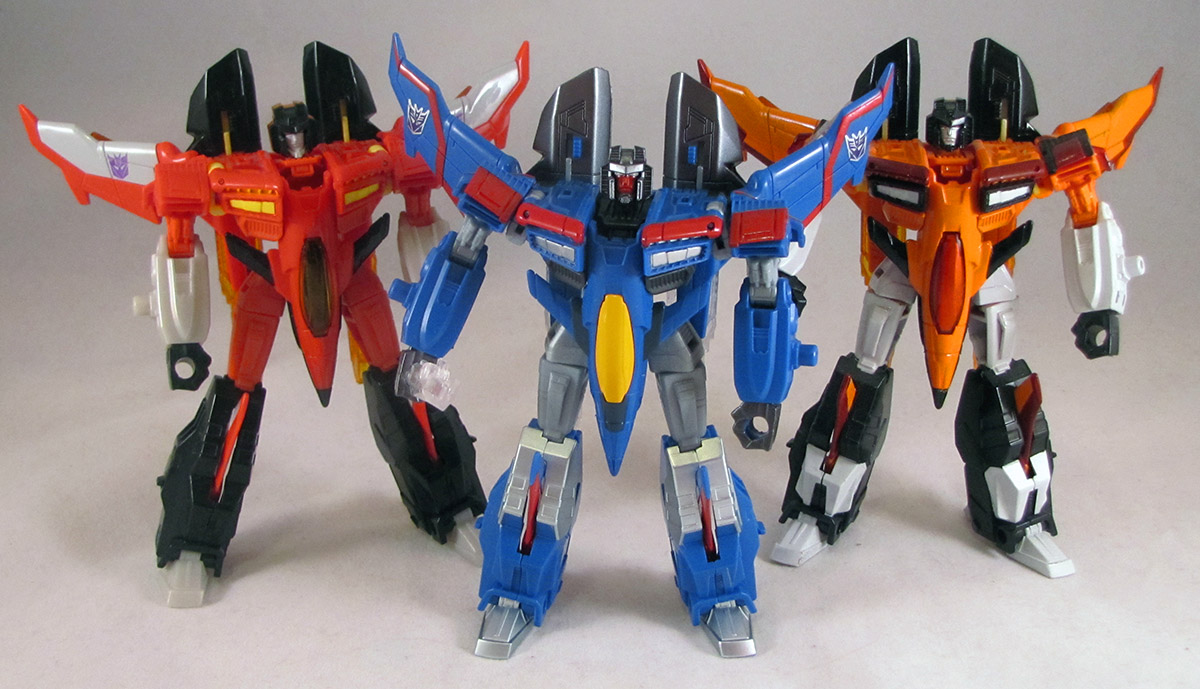