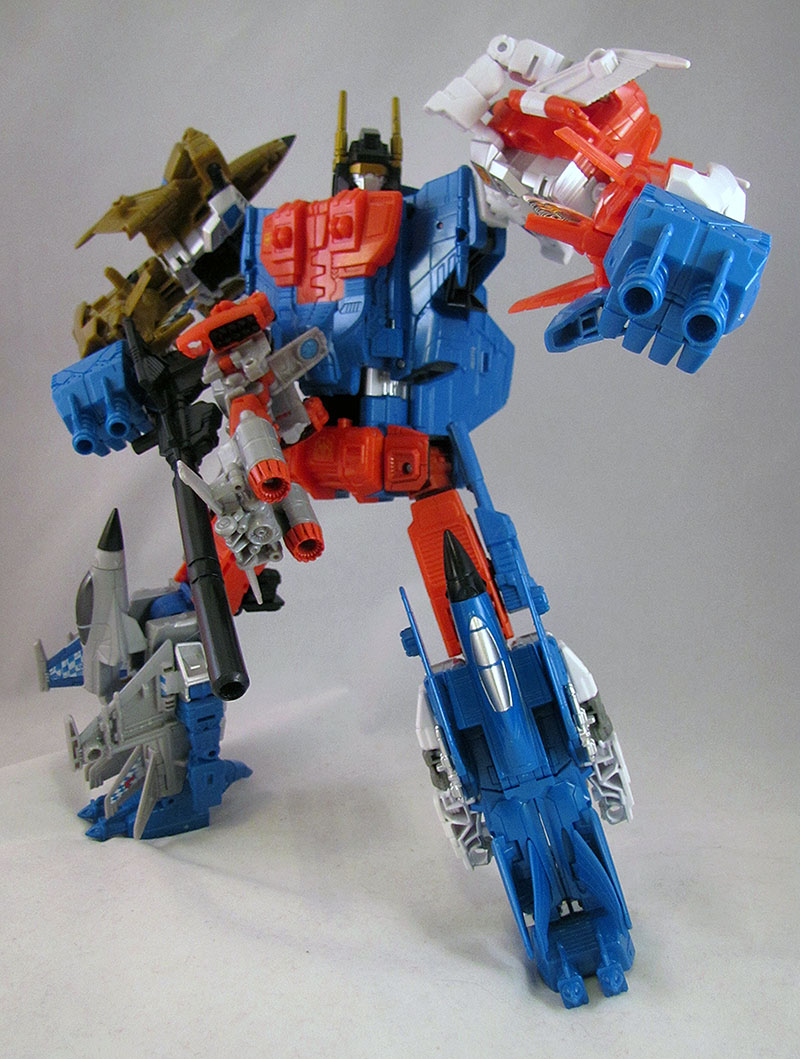 It's my burfday!  Let's talk about this sweet burfday present I got from my pal Cho.  HI CHO.

anyway, it broke, like, immediately, and had to have it replaced, but that took only like two days because AMAZON PRIME and so no huge bigs

(it's silverbolt's fist, it snapped unfixably when i tried to turn it on its wrist hinge for combined mode, crumbling like so much old cheddar cheese)

BESIDES THAT Combiner Wars G2 Superion is a pretty great recreation of the original Generation 2 Superion.  It doesn't copy its color scheme off a fan work based off another fan work or anything!  As far as we can tell, Hasbro actually did this deco themselves, based on the original toys.  Amazing, I know.   So if you remember G2 Superion, who wasn't canceled like 4/5ths of G2 Menasor was, then you basically know what you're getting here, Air Raid's Spider-Man wing deco and all.

Superion also comes with a redeco of Powerglide in "what-if" Generation 2 colors, since Powerglide wasn't otherwise in Generation 2.  They inverted his colors, basically, just like G2 Sideswipe's were, and there you have it. 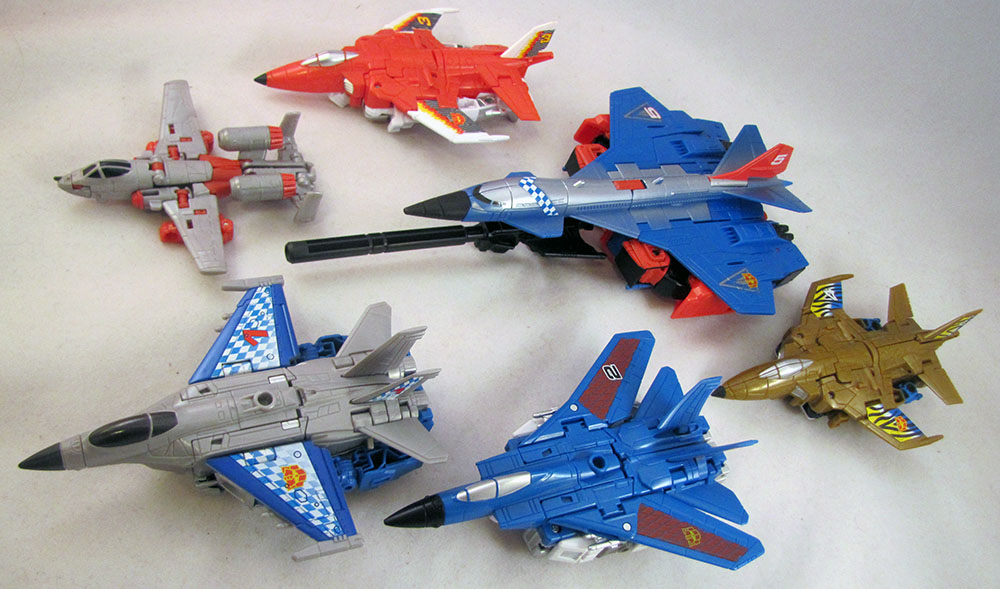 Like Menasor who came with Wildrider instead of Offroad, Superion comes with Slingshot instead of that helicopter guy Alpha Bravo.  So Superion is all jets once again.  I'm of two minds on this.  My first mind's all "oh man but Alpha Bravo is kinda cool and he's a new guy and it's nice that they're not ALL jets, for, like, variety."  My second mind's all "hooray, a new G2 Slingshot that won't crumble to dust!"

You see, G2 Slingshot was made of that notorious "gold plastic" which disintegrates under a light breeze.  Eventually.  It will happen.  It's inevitable.  The chemical composition of the plastic, with its swirly glittery whateverness is what does the deed, I believe.  But this new Slingshot is not made out of that kind of gold plastic.  There's no swirls, it's just kinda a flat gold color.  It should be safe.  Hasbro promised us Slingshot would be safe.

Note they promised absolutely nothing about Silverbolt.