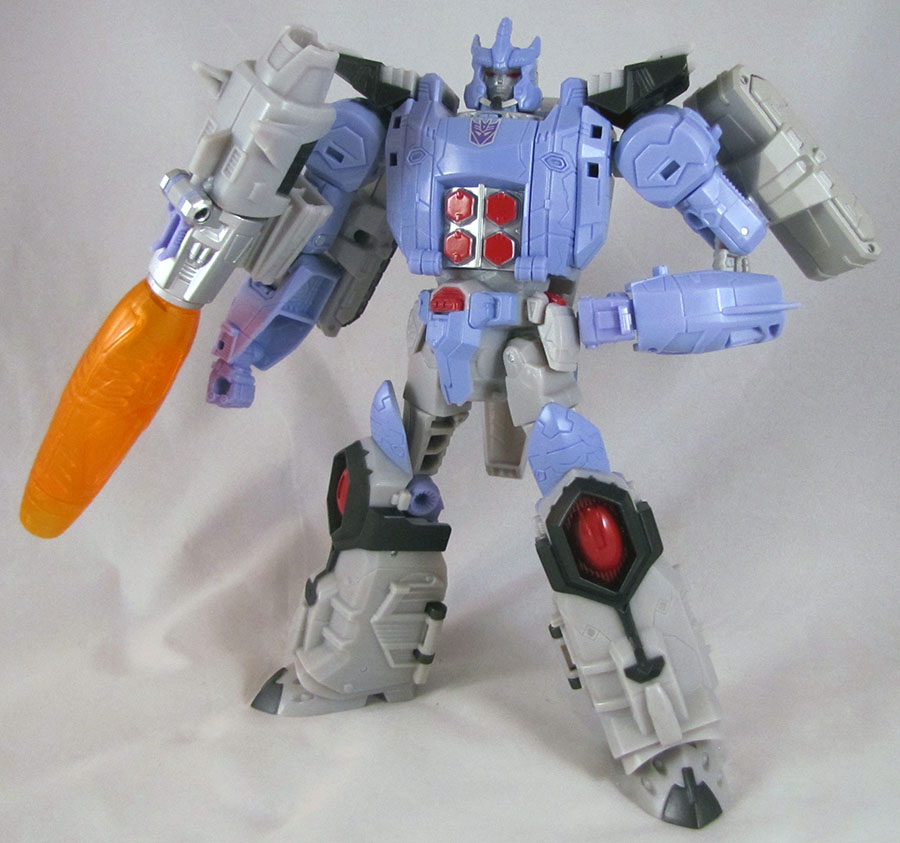 People have been feeling kinda sore over the last new (non-live-action) Galvatron toy we got, way back in 2008, because that toy was garbage.  It was!  It's one of the few toys I skipped from that line because it just looked terrible all-around.  It was way too short and it looked awkward and it just wasn't very good.  I did end up getting a later redeco of that toy as part of a box set that came with a comic book I wanted.  My feelings did not change.

Since then, folks have been clamouring for a Non Sucky Galvatron, one that was a little more substantial.  And eight years later, lo, there was another Galvatron, a size class higher, who transformed into his classic cannon mode instead of a realistic Earth tank, and also there was a third jet mode, sure, why not.  WILL THIS BE THE GALVATRON WE WERE WAITING FOR???

I waited for the TakaraTomy version of the toy, which had some additional paint apps I wanted, though the plastic colors itself are a little too lilac for me.  The American one's a very dark and vibrant, classic purple.  But, eh, I have plenty of toys in that purple, and at least the lilac's kind of a change of pace. 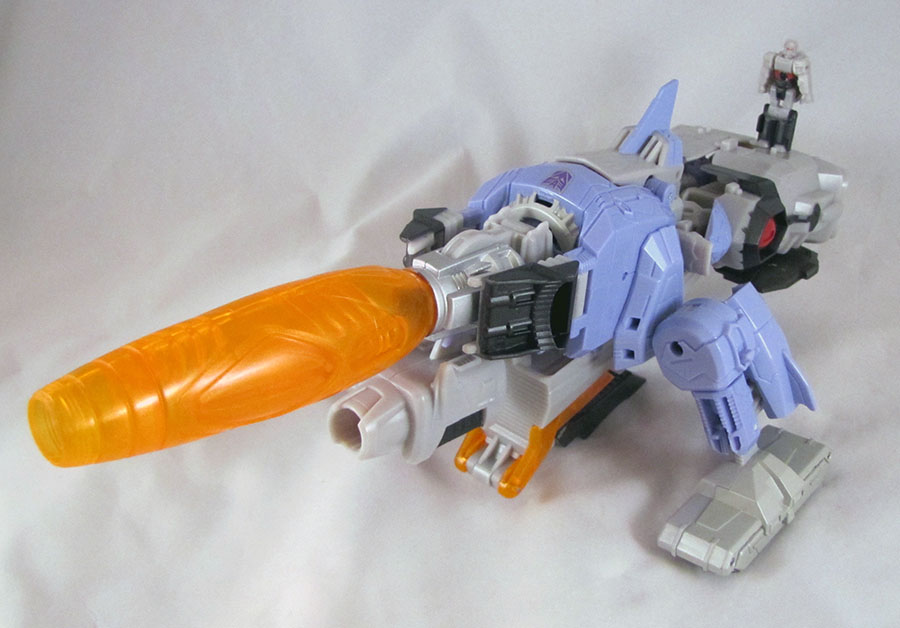 In-hand, the toy hits just about everything you'd want in a Galvatron toy.  It's sizeable, it transforms fine from robot to cannon to jet mode (jet mode's more interesting than cannon, I feel), and it has a good presence.  What's wrong?  Well, first of all, the arm cannon kind of gets in the way of itself.  It's so large and bulbous that Galvatron's right arm can't do much at all.  Getting it into positions is either a chore or impossible.  The cannon is easily removable -- it's required for transformation -- but a Galvatron without a cannon is probably on nobody's want list.

But the big deal is his goddamn head.  The Leader Class toys, Blaster and Powermaster Optimus Prime, have big-ol' helmets that deploy from the back and fold over the Little Head Dude, almost completely covering it.  And these helmets are included on the neck rotation hinge, and everything's fine.  Galvatron's little head dude (who is Megatron) plugs into the neck fine enough, but like the Leader Class toys, the part of the head that makes him look like Galvatron is stored elsewhere.  You open the chest, and the front of Galvatron's three-pointed crown helmet spring-load flips out and sort of almost does its job completing the look.  The face itself is buried a few millimeters deep behind the flip-out helmet part, and it looks kind of awful from any angle but head-on. 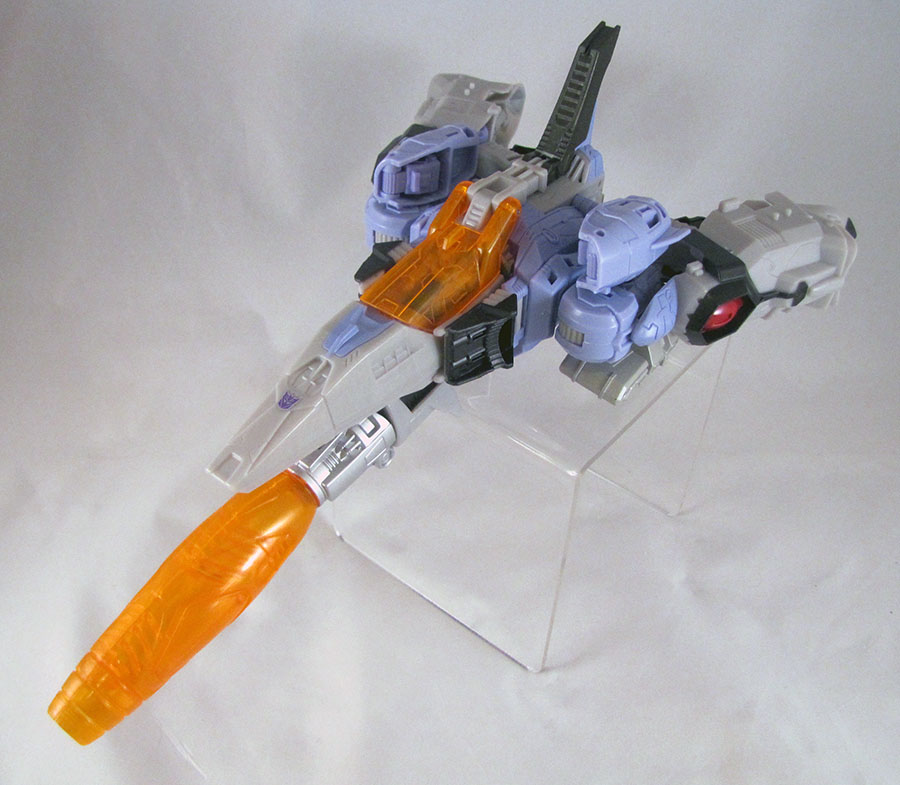 The real kicker is that the head can no longer move.   Oh, you can get a few degrees of movement left or right, just a fraction of a millimeter or so, but this is an inperceptible difference.  Though the inside of the torso looks like it might accommodate some rotation, it's the connection of the helmet to this rotational stuff that gets in its own way.  Effectively, Galvatron cannot turn his head.

And so, between that and the very awkward way in which his cannon negatively impacts his arm articulation, there is not much you can do with his robot mode that does not make him look dippy.  It's such an incredibly frustrating problem, that quite a few folks have modded their toys, removing the Galvatron head piece entirely from the flip-up part and gluing it permanently onto the little head dude.  Without the flip-up part contraption, the head can move fine.  But this takes a lot of skilled kitbashing work, and you end up with a little Megatron headmaster dude that no longer fits into the cockpit of his own toy because of the added Galvatron helmet part.

So if you're cool with a Galvatron toy that only looks good from directly head-on, then this is your guy.  I mean, his other two modes are pretty good, the jet in particular, but goddamn.