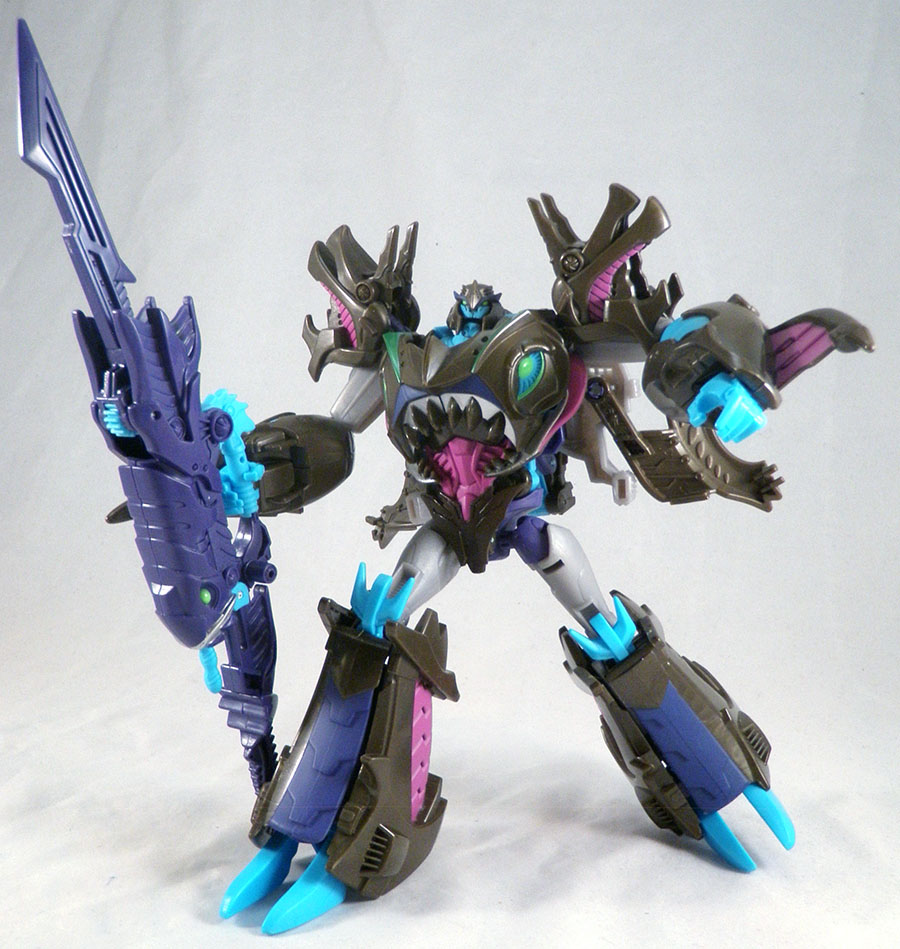 His real name is "Sharkticon Megatron," but I just like calling him Fish Megatron.  FISH MEGATRON!  WITH HIS TARTARSAUCE SWORD.

Beast Hunters gave us a bunch of extensively-remolded guys I already had as crazy-armored beasty versions of themselves, and while that appeals to me on a toyetic level, I didn't want to end up with a double set of the cast.  But some of these guys I just couldn't resist.  Like Fish Megatron here.

I mean, look at him. 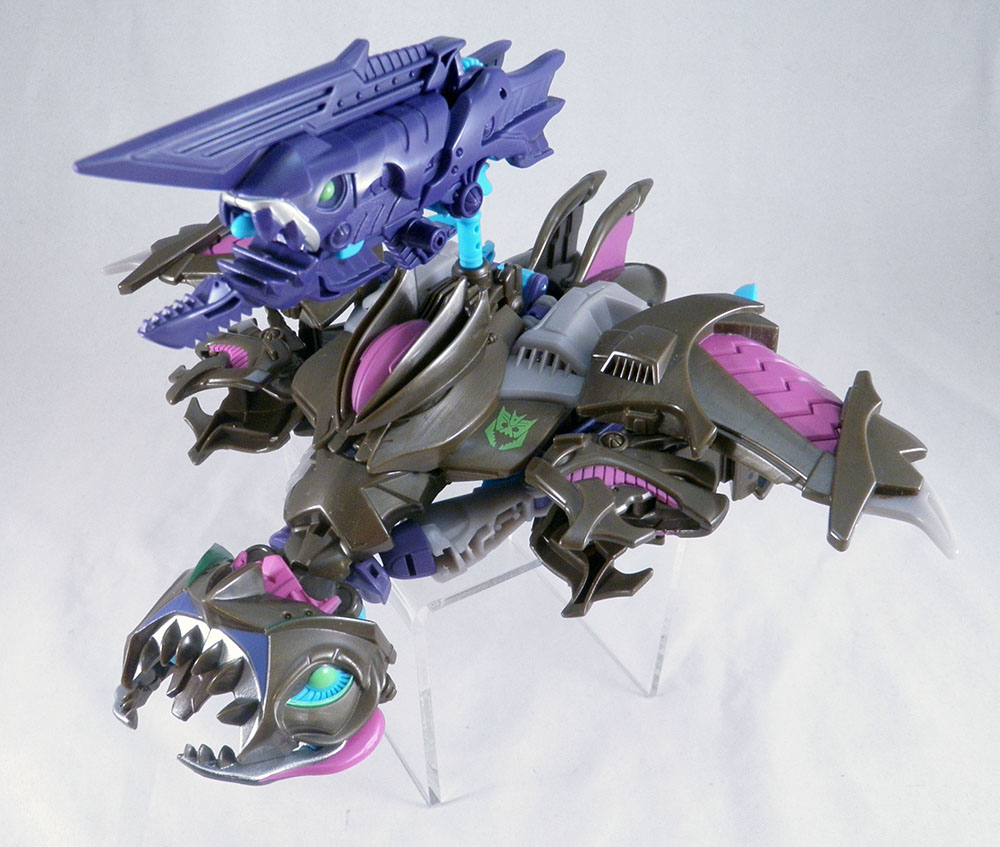 I'm also happy to report that his plastic tolerances feel a little more satisfying and he clicks together more securely than the original version.  If you don't care that Megatron doesn't look like this on the teevee show, this is an objectively better toy.

He does have big fins on his arms, which means his usually-arm-mounted cannon has a longer connection peg so it reaches past them, but that's not what you want to do with the weapon.  You want to transform it into the monstrous sword mode.  You really do.  It completes him.  Screw arm cannons.  Giant heavy fish sword, dudes.