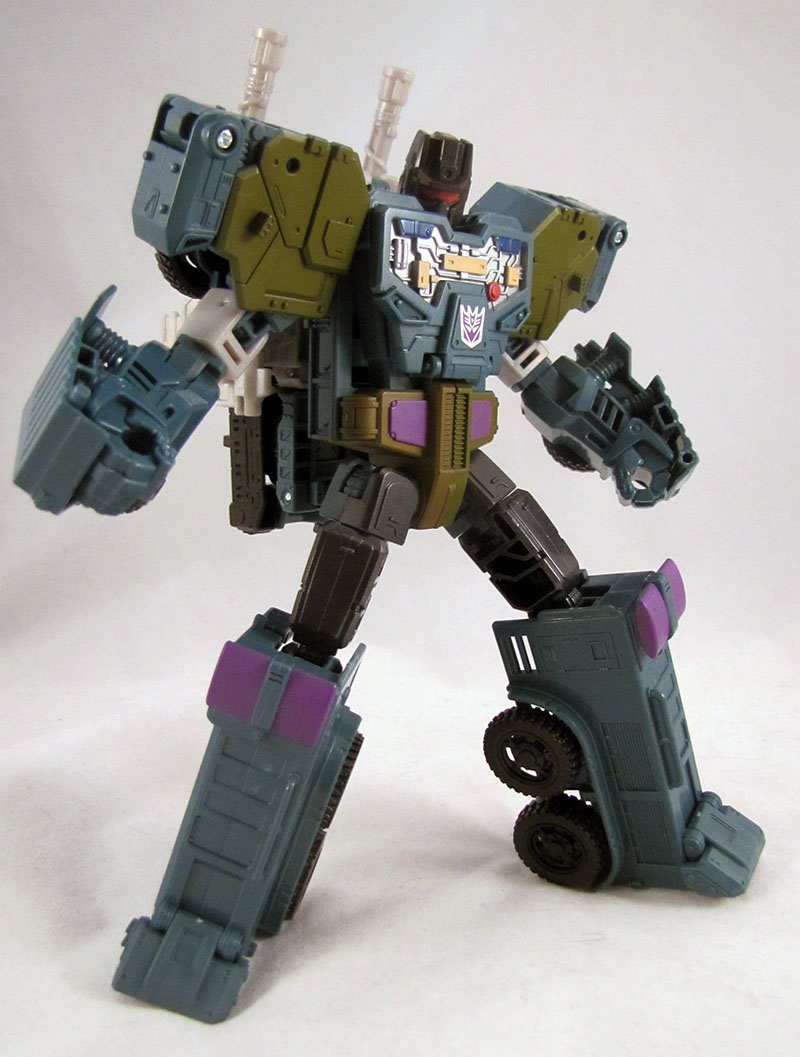 There's three base toolings for Combiner Wars Voyager Class toys so far (with a fourth, Sky Lynx, on the way), and Hot Spot was by far the best of them.  So I'm similarly happy with Onslaught, who is a reworking of Hot Spot.  Hot Spot was lithe and dynamic and sturdy in all the ways that matter, and Onslaught takes all these fundamentals inherent in the tooling and nudges them in a different direction.

Onslaught keeps a lot of the same parts, like the basic torso framework and most of his arms and legs, but now he transforms backwards from the way Hot Spot did -- his legs now become the back of the vehicle and his arms become the front.  The extended armature with Defensor's combiner robot chest-and-head parts is replaced with something a little more simple.  There's just rotating and unfolding involved in Bruticus's combiner kibble, rather than also wrapping around, but that's fine.  It accomplishes what you want it to.  It looks like Bruticus's chest and head in combiner mode, stashes away behind Onslaught in robot mode, and (in its weakest iteration) becomes the weapon placement in armored truck mode.  If the two cannons aren't enough for you, there're also pegholes to attach Combiner Wars Shockwave, who also becomes Bruticus's handheld weapon.

It's a pretty perfect Onslaught and pushes all of the Onslaught buttons I can imagine, which is fairly impressive for a toy that's mostly Hot Spot.  After a few new parts and a reversed transformation (and a slightly altered combiner torso formation) and you've got everything you'd want.  He can even peg his cannons into the kibble on his back to complete his original silhouette. 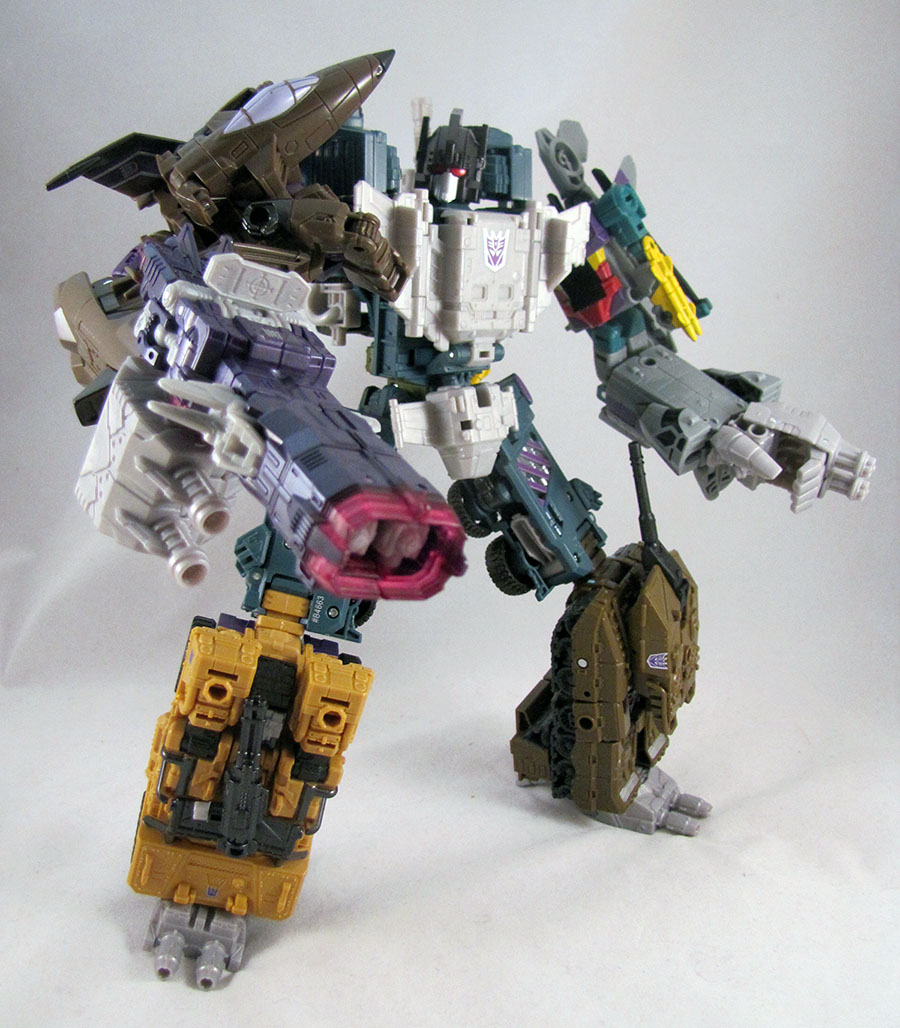 Way back at BotCon earlier this year, Hasbro said that Onslaught was going to have a running change -- first his combiner parts were going to be tan plastic (to make a better Onslaught) and later they'd be silver (to make a better Bruticus).  It kind of seems like they've skipped the tan plastic version entirely, and maybe it's because everyone in the world said they'd be waiting for the running change with the silver.  Honestly, Onslaught doesn't need the tan parts to look like Onslaught.  Who cares if he has a bunch of silver stuff in the middle of his armored truck mode instead of tan?  It's a worthy compromise to get the better-looking combiner mode.