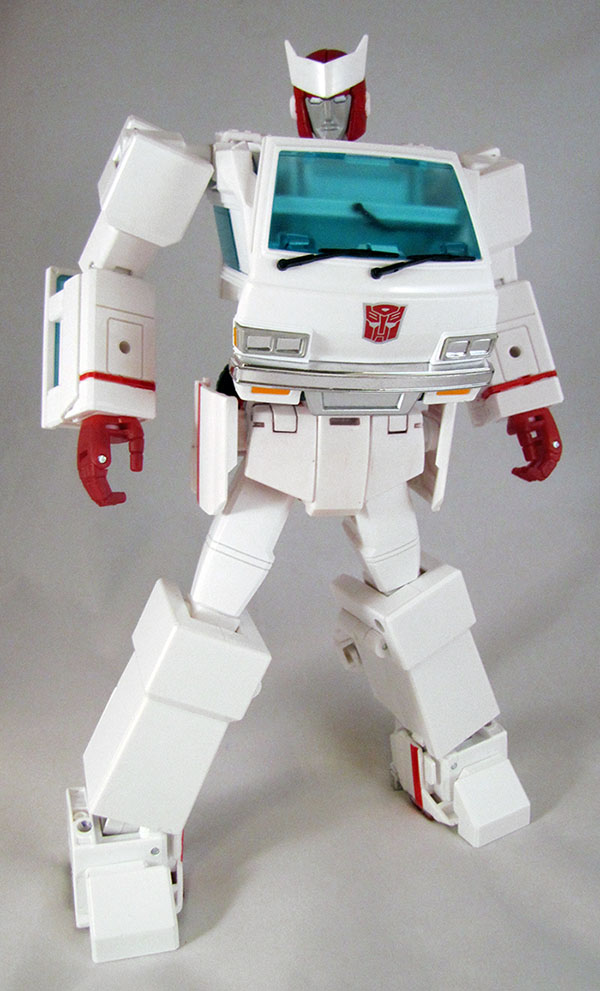 When I look at photos of other people's Masterpiece Ratchets, theirs appears to be different colors in places than mine.  It's weird.  Maybe mine used to look like that, too?  He arrived in the mail on Tuesday, I opened him up, I blacked out, and when I woke up he looked like this.  The oddest thing.

If you haven't been paying attention here long, then I should tell you that Ratchet is my jam.  He was the star of the first comic books I ever read, and I guess that sort of thing tends to leave an impression on you.  There's an argument to be made that the Marvel Transformers comics are ultimately the story of Ratchet.  When the stories get their most heated, it's Ratchet who's there, delivering the emotional punches.  Hell, he goes up against Megatron (badly) more often than Optimus Prime does.  And, well, it makes dramatic sense, right?  Optimus Prime versus Megatron is a battle between a pair of equals.  But put the pitiful but resourceful doctor up against Megatron?  That's an underdog.  That's an uphill battle against an unstoppable evil.  That's drama gold.

I think Ratchet was also on the cartoon.  He sounded like Papa Smurf.

My love for Ratchet is so great that I purchased this okay-ish looking Masterpiece toy.  As you can see, its proportions are kind of wonky.  It's hard to turn a van cosplaying as an ambulance into a faithful recreation of the original character model of his robot form, which was a pile of boxes wearing a windshield glued to his tummy.  Ratchet had no wheels on him, no other identifying vehicular parts.  That tummy windshield was it.  And so speaking of  uphill battles: this toy's engineering! 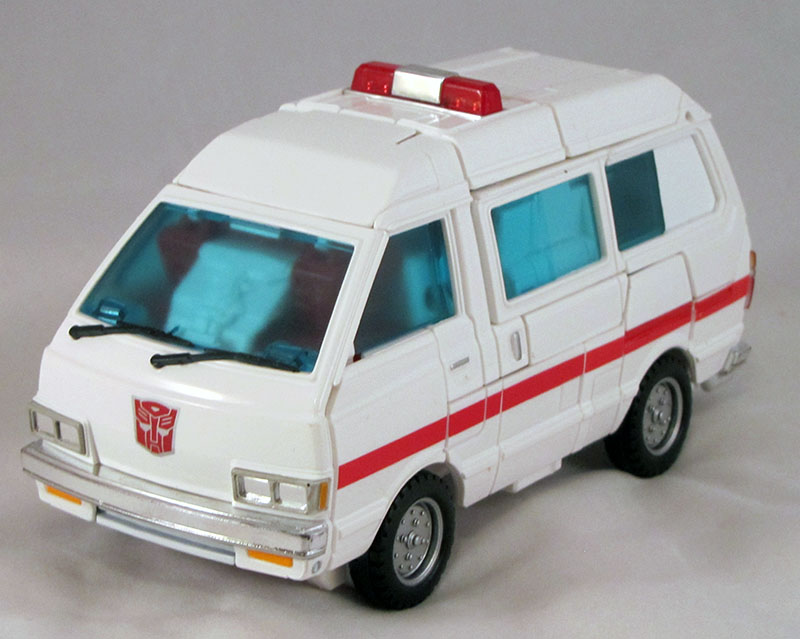 I mean, it does a valiant job.  It does its level best to hide all the windows and all the wheels and all of the EVERYTHING so you could get a pile of unremarkable white boxes.   The entire roof and back window fold in on themselves and get stuffed inside the torso.  The lower third of the vehicle does its level best to tuck inside his legs.  The only remaining visible vehicle parts other than the desired windshield on his chest, are the windows on the back of his forearms and the two fairly visible hip-thingers.  A commendable effort all around, really.  It doesn't result in a perfect Ratchet robot mode (as according to the model sheets) but I'm not sure that's actually possible in a world with real physics.

He comes with a billion little extra accessories.  They're from the cartoon.  Who cares. 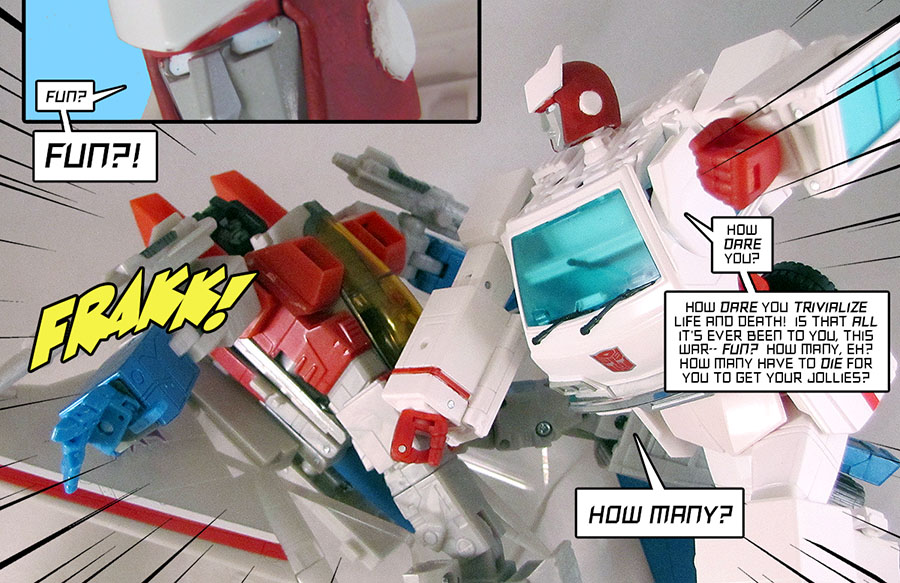